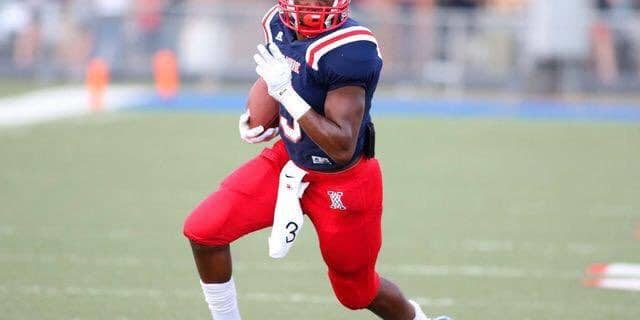 West Monroe running back Trey Coleman is one of the best running backs in the state. He has a great blend of power and speed and he put up some outstanding numbers all while sharing the backfield with two other running backs in a West Monroe option offense. As of now, Trey Coleman is committed to the University of Tennessee and is one of the most looked after skilled position players in the state. “Trey’s a hidden gem in recruiting. He doesn’t  have to carry the load. West Monroe has three or four good backs to share the carries. This could help Trey in college because usually D-1 running backs have to carry the load for their team and they are usually worn out when they get to college but Trey will have fresh legs and is only going to get bigger and better in college. Trey has a great blend of both power and speed and is going to get better at using his power in college,” Lee Brecheen said. Get to know the Tennessee commit Trey Coleman a little bit more in today’s recruiting interview!

Trey Coleman shows his patience running between the tackles during this play.

LAFM: What football camps did you attend over the summer?

I have not attended any camps this summer.

LAFM: Currently you are committed to the University of Tennessee. What is it about the Volunteers that made you want to commit to them?

I really enjoyed the overall atmosphere and they showed me a genuine love at Tennessee. The coaches were very personable and they loved me also. The fan base has shown an interest in me and a lot of care as well. The running backs relate to me and I really felt at home during both visits. The people are great and the campus is awesome. It seems like the perfect fit for me.

LAFM: What football awards did you receive last season?

LAFM: What was your best game at West Monroe?

My best game was against Alexandria High School because I ran for 4 TDS and was pretty hard to tackle during the game.

My favorite football memory was scoring the winning touchdown vs. Madison Central.

I’m a versatile running back.

LAFM: Which running back in the collegiate level or the NFL level that you model your game after and why?

Reggie Bush (former USC running back and NFL running back with the Saints, Dolphins, Lions, and 49ers) because he could catch, run over you, or shake you.

Our team goals for this year is to get a ring.

My goal is to become the best running back in Louisiana

LAFM: What teams in your district or classification can be major roadblocks for the team this season?

John Curtis because they are a big powerhouse running team like us and can beat us at our game.

LAFM: What does it mean for you to put on the Rebels jersey and continue the West Monroe tradition?

It means a lot to keep the winning tradition going.

LAFM: What is the best part about the recruiting process?

The best part is the coaches telling you that you have a free ride.

LAFM: What advice would you give to a player coming out of high school that has to deal with the recruiting process?

Go where you feel at home and where you are needed.

LAFM: Is there anybody in your family that has played football at any of the major levels of competition (high school, college, or pro football)?

My dad John Coleman Jr. has played semi-pro for the Madison mad dogs in Madison, Wisconsin.

LAFM: What separates you from any other running back in the state?

I’m going to find a way to be different and make plays.