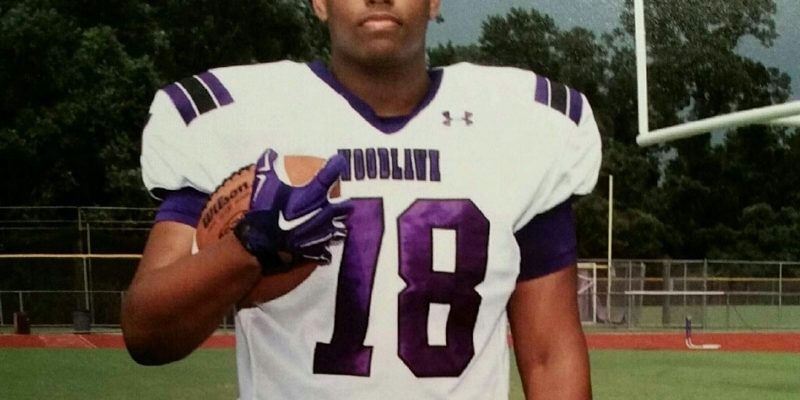 Today’s article is on another Woodlawn (Baton Rouge) star player ,but this time, it is not on a skill guy. We are talking about DT Aaron White. White is one of those guys that you don’t recruit him because of a 40 yard time or how much he bench presses because when the lights are on and it’s time to play football, he shows up and plays his heart out. White has been a major contributor for the team since his sophomore year when he first started for the Panthers. White has been playing for that long because he always gives you 110% on the field. Sometimes, that is better than being extremely talented. White also makes up a very good defensive line that also has guys like Kyron Mims and Kendrell Shaw. This could be one of the best defensive lines in the Baton Rouge area and even in the state with the experience coming back. You know the saying that whoever wins the line of scrimmage on both sides of the football has a really good chance of winning the game and it sure helps when you have a great defensive line led by a proven player like Aaron White. Louisiana Football Magazine editor Lee Brecheen believes that Aaron White is really underrated as a defensive lineman and would want somebody like him on his team. “Aaron White gives everything he has on every play,” Brecheen said. “Coaches love him and he will play wherever the team needs him to play. White is a guy like Jacob Martin from Catholic High (Baton Rouge) because he is unselfish and is a key contributor to the team’s success. White also has great feet and is very underrated as a lineman for college.” In order for Woodlawn to have a breakout year, Aaron White needs to be the team leader and player that he has been for the last two years and Woodlawn fans should be comfortable with that idea. Check out today’s article on the veteran defensive tackle Aaron White from Woodlawn High School (Baton Rouge) as he talks about playing in a new district from last year, this year’s expectations, the impact the flood has had on the team, what’s it like seeing Javin Myers play, and his very interesting aunt!

LAFM: What do you want to accomplish as a senior and playing for your third and final year?

To get a scholarship and to be an all american high school player.

LAFM: Which position on the defensive line do you think you will play in college?

LAFM: Two years ago, the team played in a tough district in 5-A with the likes of Catholic High, Dutchtown and last year, the team moved down to 4-A in a district that has Plaquemine and Livonia. What is like playing in one tough district and playing in another?

It is a real challenge and when you play against good teams like that you have to get better and stronger.

LAFM: We did an interview with Javin Myers ,the star running back for your team, a couple of days ago. What is it like watching him play from the sidelines?

It’s exciting to watch him, and he always gives it his all. He is always adding new moves to his game.

LAFM: Last year, the team went 2nd in district and going 6-5 in the playoffs. What is the next step for this team?

Our next step is to win district and go far into the playoffs and try to win it all.

LAFM: What team are you looking forward to playing the most this year and why?

I am looking forward to playing everyone again because I know teams have gotten better and I want to show them that Woodlawn is still better.

I really like to look at JJ.Watt (former defensive for Wisconsin and current All-Pro defensive lineman for the Houston Texans) because he pushes his self and play hard every down.

I would like to own my own business or be a veterinarian.

Getting off blocks and making plays .

My speed is something I’m working on.

LAFM: Who is the best offensive lineman that you have gone against last year and why?

The best offensive linemen I went up against was Terrance Coleman. He was our right offensive tackle, and he used good technique.

LAFM: The flood has really affected the state. How has it affected the football program so far and is there any updates on when you guys are starting practice?

No, but my aunt went to LSU and the went play for the New York Liberty (WNBA).

LAFM: What separates you from any other player at your position in the state?

I use technique and read the defense a lot instead of just running up the field.