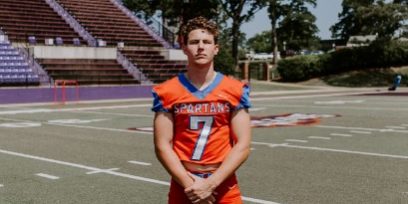 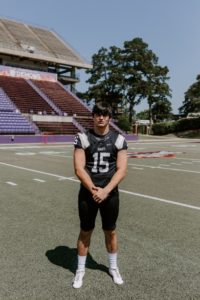 Cole Johnston: The Caldwell Parish Spartans are coming off a pretty impressive 9-3 season making the second round of the Class 3A playoffs. The Spartans have a great chance of not only equaling their record, but even eclipsing their record thanks to their all-purpose playmaker Cole Johnston returning. Johnston does not have one position labeled as he does a little bit of everything. Just look at his stats as the versatile playmaker had 28 catches for 427 yards and three touchdowns as a receiver in 2018. As a running back, he ran for 91 yards and a touchdown. Along with playing on offense, Johnston is also a talented free safety, but perhaps, the biggest impact he makes is on special teams as returned two punts for touchdowns. The All-District selection should be accounted for at all times for the opposing team.

Wesley Humphries: In speaking of the opposing team, the Jena Giants are one of those teams that will try and stop Cole Johnston. They will have some big help led by one of the best defensive players in the district in LB Wesley Humphries. Like Johnston, Humphries showed that he can be versatile, but this time as a defender. In 2018, Humphries stuffed the stat sheet with 50 tackles, two sacks, an interception, and even two blocked punts. Humphries is a high effort playmaker that will hope to lead the Giants to the next step and that is make a deep playoff run after posting great regular season records in years past.

Check out the interview on both the district foes!