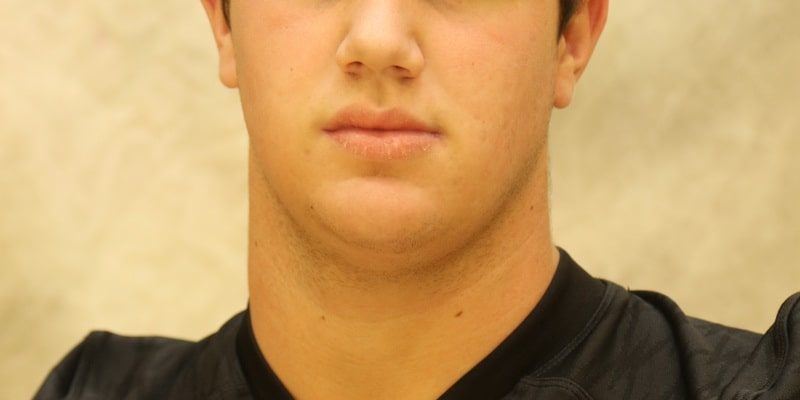 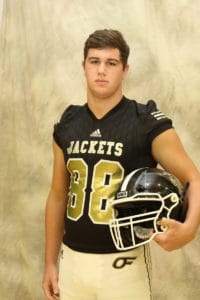 Louisiana Football Magazine’s recruiting expert Lee Brecheen is high on Junkins putting him on the cover of the South Louisiana magazine. Even though he plays on the offensive and defensive line for the team, Brecheen can see the big senior as a tight end at the next level.

“In person, Jacob Junkins is all of 6-4, 250 pounds,” Brecheen said. “He is built like an offensive lineman, but if he does not gain any more weight, he is perfect as a DI tight end. If he does gain more weight, we will move to play on the offensive line. He could be a sleeper DI offensive guard, but personally, I want to see him stay at that weight and continue to play tight end.”

Last season, it was the defensive side of the football where Jacob Junkins made the most impact. As a defensive end, Junkins had 41 tackles, 23 solo, 10 sacks, two fumble recoveries, and even a touchdown on defense. Even though he has drawn interests from other schools out of state, there is only one school that he likes to call home.

“My top school is Southeastern,” Junkins said. “I love it because it’s close to home.”

Outside of football, Junkins likes hanging out with friends, hunting, and fishing. Junkins and the Yellow Jackets will start their playoff run this Friday against Madison-Ridgeland Academy.

In today’s recruit video interview, Jace LeJeune caught up with Oak Forest Academy senior TE/DE Jacob Junkins before the season to talk about his biggest strengths as a player, being on the cover of the magazine, why he wants to play college football, and so much more! Click below to check out the interview!