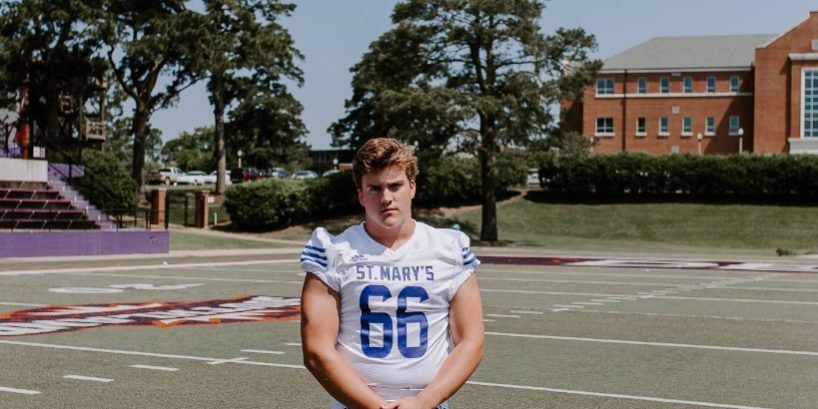 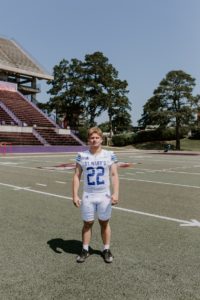 In today’s recruit interview, we go to Northwestern State University where Lee Brecheen caught up with St. Mary High School senior wide receiver/strong safety Jordan White and OL/DL Damon Legrande before the start of the season!

St. Mary High School Recruits: After four years since making the Division IV state championship in 2015, the 2019 St. Mary Tigers were trying to get back to their winning ways. Senior leaders in two way player Jordan White, who has made key plays as both a wide receiver and a strong safety during his career, and offensive/defensive lineman Damon Legrande were going to be looked as leaders for this past year’s team under second year head coach Aaron York. Despite only going 4-6 on the season, the Tigers showed plenty of heart as the team had to play majority of its starters on both sides of the football. Even though the team did not make the playoffs, there was some success on National Signing Day as senior Damon Legrande has signed to play football at Southern Arkansas University after a great high school career, which consists of three All-District selections.