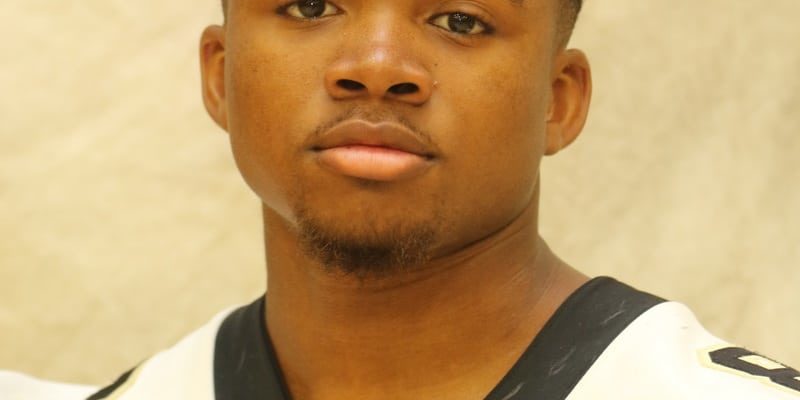 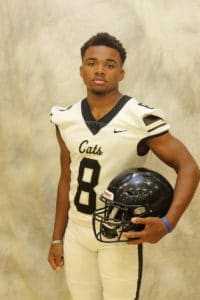 In today’s recruit interview, we go to Catholic High School where Jace LeJeune caught up with Leesville High School senior running back D’Ante Gallashaw before the start of the season!

D’Ante Gallashaw: From Eddie Fuller (LSU/Buffalo Bills) to Cecil Collins (LSU) to Michael Ford (LSU), Leesville High School has always been known for producing some great college running backs. Another potential name is D’Ante Gallashaw. As a junior, Gallashaw broke out for the Wampus Cats by rushing for 1,490 yards and eight touchdowns as a junior while leading the team to a 13-1 overall record. Heading into his senior season, Gallashaw was recognized as one of the best running backs in the state by Louisiana Football Magazine’s recruiting expert Lee Brecheen, who put the 5-9, 180 pound running back not only on the 2nd team All-South Louisiana team, but on the front cover of the South Louisiana Football Magazine edition this past fall.

“D’Ante Gallashaw is part of a phenomenal running back rotation at Leesville High School,” Brecheen said before the season. “I think D’Ante can be a SEC athlete, and the team already has two other big time running backs to hand the football off to. If I was Coach Robert Causey, I would be happy about their backfield situation. Each one brings a little something to the table. One brings power, and the other brings speed, but D’Ante is the every down back that brings a little bit of both. He is a DI running back, but the question will be where he ends up.”

Due to a loaded running back rotation, which includes his younger brother Caleb Gallashaw, D’Ante’s numbers declined a little bit as he ran for 951 yards and double digit touchdowns on only 120 carries. The Wampus Cats’ win total also decreased some too as the team won only seven games compared to 13 the year prior. Still, it was a successful season for the Leesville senior as he ended his high school career fifth on the all-time rushing leader list with 3,160 rushing yards and 44 touchdowns trailing only Wampus Cat greats Cecil Collins, Michael Ford, Cory McCoy (McNeese State), and Vincent Fuller (LSU). Like the names mentioned, D’Ante Gallashaw will still has plenty of opportunities to play college football. As of now, he has not yet announced a commitment, but he has received offers from Louisiana College, Belhaven University, and McMurry University. No matter where Gallashaw ends up going, he will still be in the fraternity of all-time great Leesville High School running backs to come through the school.