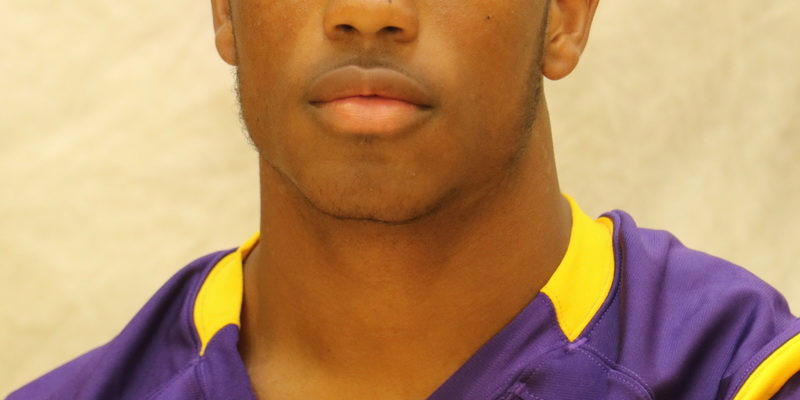 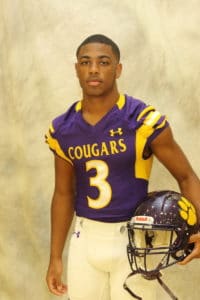 In today’s recruit interview, we go to Catholic High School where LeJeune got the chance to talk to Edna Karr High School senior QB Leonard Kelly!

Leonard Kelly: In 2018, the Edna Karr Cougars accomplished something really rare in high school football at any classification. For the first time in program history, the Cougars won three straight state championships. Over those three seasons, the Cougars had three different quarterbacks, but now, after leading the Cougars to the third straight state championship, signal caller Leonard Kelly returns for his senior season. Kelly is looking to lead the Cougars to not only his second state championship as a starter, but also, it would mean a fourth straight state championship for Head Coach Brice Brown and the Cougars if they so happen to make it to the Dome once again. Everyone knew that the Cougars had the skill talent, but what not many people realized how good Kelly would be in his first year as a starter. Although only 5-11, 185 pounds, Kelly makes it up with his cannon arm and ability to make plays with his legs. The dual threat quarterback threw for 2,931 yards and 37 touchdowns to only five interceptions while running for another 272 yards and a touchdown. Even though Kelly has a great ability to throw and run, there is one quality that sets him apart and that he is just unflappable in big pressure situations. That could have not been more animate than his performance in the Class 4A state championship game against Warren Easton. After trailing 12-0 early, it seemed that the Eagles were going to gain control of the entire game. It would have been easy for the Cougars to throw in the towel after taking a big early punch. However, the Cougars have been in this position plenty of times before, and their young quarterback really began to show poise wise beyond his years. In the biggest game of his career, Kelly threw for 215 yards and a touchdown to help the Cougars come back to win the Class 4A state championship 28-20 over their arch nemesis. After a huge junior season, more will be expected from the state championship winning quarterback in his senior year, especially with the departure of running backs Ronnie Jackson (UTSA) and Ahmad Antoine (Prairie View A&M). The Cougars will have to rely on their veteran quarterback and the passing game more if they want to achieve their goals. It is safe to say that Leonard Kelly is ready to make history in his senior season.

In today’s recruit video spotlight, we go to Catholic High School where LeJeune caught up with Edna Karr senior QB Leonard Kelly to talk about leading the Cougars to a third straight Class 4A state championship, what must be done to go for a four peat in 2019, his offers, upcoming visits, and so much more! Check out the interview below!