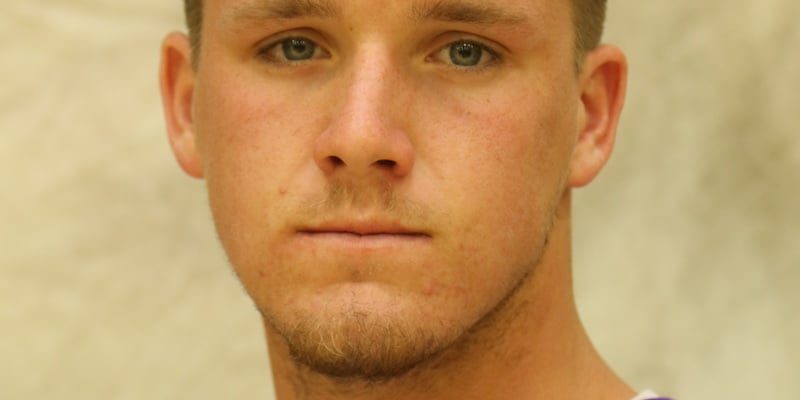 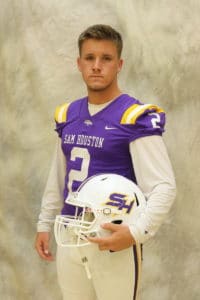 Kyle Bartley: The Sam Houston Broncos enter the 2019 season as one of the most explosive offenses in the state especially in the Lake Charles area, and the scoring has not been a disappointment as the Broncos have averaged 40 points per game including an impressive 66 points scored in a Week 7 win against Southside High School. Currently, the Broncos are 6-2 and their two losses came against Carencro High School and Acadiana High School. The signal caller behind this explosive offense is none other than two sport athlete Kyle Bartley. Bartley, who is a Southeastern baseball commit, shows that he can throw the pigskin around as well. Last season, Bartley led the pass heavy offensive attack to an 8-3 record with over 2,218 passing yards and 19 touchdowns. Already, Bartley has thrown for 2,602 yards and 32 touchdowns. Louisiana Football Magazine’s recruiting expert Lee Brecheen is very high on Bartley and even thinks that he could also play college at the next level if he wanted to.

“If Kyle Bartley was 6-1, he would be a DI quarterback,” Brecheen said. “He’s got DI skills, but he doesn’t have to go to the football route because he is choosing baseball for right now. If he does get enough football offers, he may change his mind. He is in a good situation right now. I saw him play in a full game. He has an arm as good as anybody in the state outside of Ponchatoula High School quarterback and LSU commit TJ Finley. He has good feet in the pocket like Northwood Shreveport High School quarterback Luke Bogan. Overall, I am just a huge fan of this guy and his ability to extend plays.”

Bartley will continue to pad the stats as well as help the team get even more wins on the season next week against Lafayette High School.

In today’s recruit video interview, Lee Brecheen caught up with Sam Houston High School senior QB and Southeastern baseball commit Kyle Bartley before the start of the season at Catholic High School in Baton Rouge to talk about the season, his skills as a quarterback, and whether if football would still be an option in college after committing to play baseball for the Lions!