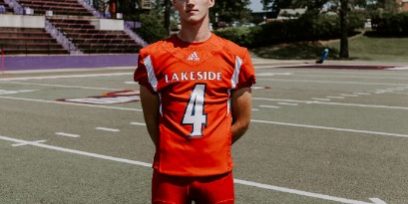 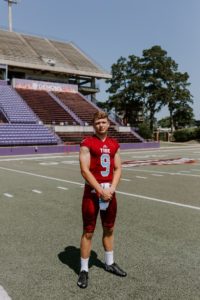 Jordan Preuett: Lakeside High School senior QB Jordan Preuett will go down as one of the best quarterbacks in program history when it is all said and done. At 6-4, 190 pounds, Preuett is one of the most underrated quarterback prospects in the state. With his frame, Preuett has a strong arm as well as a great feel in the pocket. When things do grow wrong, he has the athleticism to escape the pocket and throw on the run. The school’s all time leading passer had a great season accounting for close to 2,000 yards and 25 touchdowns while leading the Warriors to a playoff appearance. However, Preuett is looking to build on those numbers and lead the Warriors to a deep playoff run in 2019. With a two headed backfield featuring the program’s leading passer and the program’s leading rusher in Jocquez Lott, this could be a breakout season for the Warriors.

Seth Johnson: In speaking of underrated players, Minden High School’s senior wide receiver Seth Johnson fits that category as a big time DI receiver. As quarterback Trent McLaughlin’s favorite target, Johnson was always there when his quarterback needed him. At 6-2, 170 pounds with 4.5/40 speed, Johnson has the tools on what it takes to potentially become a DI slot receiver. He is quick, runs good routes, and has great hands. Not to also mention that he is a tough player that is not afraid to lower his shoulder and get tough yards. Last season, the Minden Crimson Tide finished with a 3-8 record losing in the first round of the playoffs to eventual Class 4A state champion Edna Karr. Like Preuett, Johnson hopes to end his high school prep career with a bang and gain more college attention along the way.

In today’s recruit interview, Brecheen caught up with both Minden High’s Seth Johnson and Lakeside’s Jordan Preuett to talk about their goals for the upcoming season, their skills, and much more! Check out the interview below!