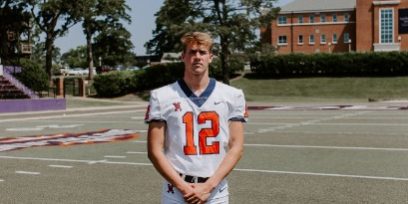 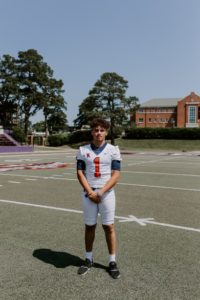 As the month of July approaches, so does football season. As it is every other day here at Louisiana Football Magazine, it has been pretty busy especially over the last two months when we have conducted our Louisiana Football Magazine photo shoots over that time period. We have finished our 23rd annual magazine cover shoot, but this year will mark the third straight year in which we have conducted both a North and South photo shoot. This year, we shot the North photo shoot at Northwestern State University in Natchitoches and we shot the South photo shoot at Catholic High School in Baton Rouge. Both events were really successful, and we would like to thank everybody who has helped us make both events so special for the players that were involved. Besides taking the photos, Louisiana Football Magazine’s owner Lee Brecheen and editor Jace LeJeune got the chance to talk to some of the top Class of 2020 players in the state of the Louisiana. Both Brecheen and LeJeune talked to the recruits about their top schools, goals for the upcoming season, hobbies, and so much more. For the next couple of weeks, we will post these video interviews that were taken at both photoshoot events!

Garrett Kahmann: The West Monroe Rebels were two minutes away from clinching their seventh state championship and first since 2011. However, Zachary High School QB Keilon Brown and WR Chris Hilton had different plans connecting on an 80 yard touchdown strike to help win the game for the Broncos. It was a crushing defeat for the Rebels coming up just short of a Class 5A state championship. However, the good news is that they return a lot of impact players from last year’s team including signal caller Garrett Kahmann. Entering this season, Kahmann is really flying under the radar as one of the top quarterbacks in the state. At 6-3, 200 pounds, Kahmann has the frame and arm strength to be a true pocket passer. Even though Kahmann is known more of as a guy that will make throws from inside the pocket, it does not mean that he cannot make plays with his legs. In fact, Kahmann also runs on the West Monroe track and field team. He showed his ability to both throw and run while leading the Rebels to an undefeated regular season and a trip to the Super Dome. In 2018, the athletic senior quarterback threw for 1,452 yards and 15 touchdowns while rushing for 689 more yards and 11 touchdowns. With over 2,141 yards and 26 touchdowns in his first year as a starter, who knows what year two could hold for him. After backing up Slade Bolden (Alabama) at quarterback, Kahmann waited his turn and it has worked as he already holds an offer from the nearby ULM Warhawks. Last season, it was the defense that made the most noise during the team’s state championship run, but it may be the offense this year that could be the key to the engine with Garrett Kahmann behind the wheel.

Cayden Pierce: One of the main offensive weapons at Kahmann’s disposal is do-everything fullback Cayden Pierce. Whether it is being used as a runner, a blocker, a receiver, or even a long snapper, Pierce can do it all. Last season, Pierce was a big key reason why the Rebels were so productive on the offensive side of the football with 314 yards rushing and nine touchdowns along with 18 catches for 291 yards. He is a Swiss Army knife that can play multiple positions whether it is as a fullback, on the line of scrimmage as a tight end, or even out wide as a receiver. Also, Pierce started his football career as a quarterback so he could throw the football as well. Pierce can do a little bit of everything with his 6-1, 215 pound frame and 4.7/40 speed to go along with it. No matter if it is scoring touchdowns or paving the way for the running game, Pierce just wants to be known as a lunch pail type of player that is ready to go to work and put the Rebels in the best position to succeed.

In today’s recruit video interview, Brecheen caught up with the two talented West Monroe offensive playmakers to talk about this season, their best attributes as players, and so much more! Click below to check out the full interview!