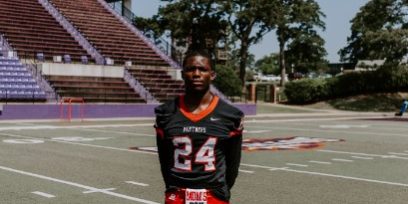 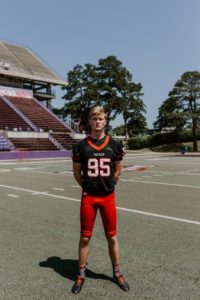 Isaiah Robinson & Mark Green: In a program that has been known most for its offense with such names as Keondre Wudtee (Oklahoma State), Brandon Harris (LSU/North Carolina), Justin Rogers (TCU), and Terrace Marshall Jr. (LSU), this season, Head Coach Neil May and the rest of the Parkway Panthers will be looking for production on defense and special teams from OLB Isaiah Robinson and punter Mark Green.

At 6-1, 195 pounds, Isaiah Robinson is an intriguing defensive player. For most of his high school career, Robinson has played defensive back for the team and it seems that playing in the back half of the defense comes naturally for him as last season, he achieved All-Parish honors with three interceptions and two pass deflections. Now, as Robinson has gotten bigger, he will make the move to outside linebacker. With his size, 4.5/40 speed, coverage skills, and ball hawking ability, the Parkway senior has a chance to make an even bigger impact his final season whether it is at linebacker, cornerback, or even at free safety. Also, having to cover guys like Terrace Marshall Jr. (LSU) in practice over the last couple of seasons has also helped him become the football player that he is now. The 1st Team All-Parish and 2nd All-District selection has received only two offers from Northwestern State and ULM, but he is hoping that this season will be a great opportunity for other colleges to take notice.

While Robinson is trying to lead a talented defense, senior punter Mark Green will make this defense even more confident as he has the ability to pin opposing offenses deep in their own territory. Last season, Green really broke out onto the scene as a specialist with averaging over 40 yards per punt, including eight that landed inside the twenty, and most of all, only giving up nine punt returns the entire season. Like Robinson, Green is hoping that a big senior season attracts other colleges as he has yet to receive any college offers. It is hard to find 6-5, 210 pound punters like Green, but it is even harder to find athletic punters that play different sports. When Green is not playing football, he can be seen playing lacrosse.

Both these under the radar players will try to do something that some of these highly recruited guys never did and that is lead the Panthers to a state championship victory.

In today’s recruit interview, we go to Northwestern State University where Louisiana Football Magazine’s recruiting guru Lee Brecheen sat down with two of Parkway High School’s top recruits in OLB Isaiah Robinson and P Mark Green to talk about the upcoming season, their biggest strengths, what they need to improve on, and so much more! Check out the interview below!