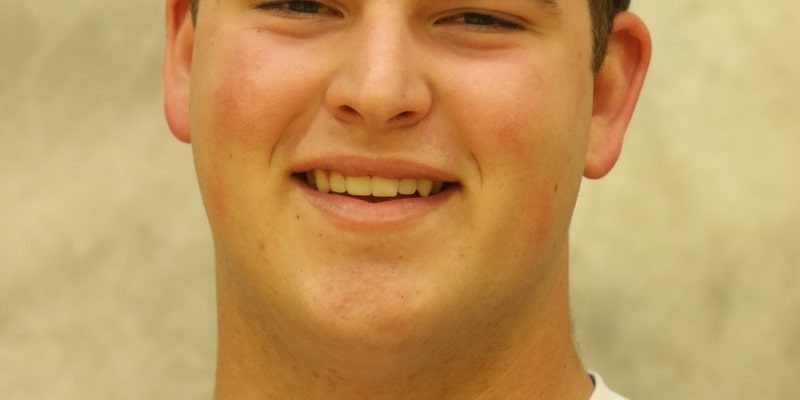 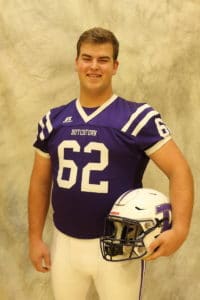 In today’s recruit interview, we go to Catholic High School where Lee Brecheen got the chance to talk to Dutchtown High School senior OC Riley Lawrence!

Riley Lawrence: There are a lot of qualities that you want in your prototypical offensive lineman, but two of the biggest qualities an offensive lineman should have are intelligence and versatility. Those two words perfectly describe Dutchtown High School senior Riley Lawrence. He is the type of player that Coach Guy Mistretta absolutely loves. Here is a guy that has a 4.6 GPA in the classroom and sets a great example as a student athlete. Lawrence brings versatility to the table as he has played every position on the offensive line during his time playing for the Griffins. Wherever the team needs him to play, that is where he will play whether it would be center, guard, or even tackle at 6-2, 290 pounds. Last season, those attributes stuck out to a lot of the opposing teams and players as Lawrence received 2nd Team All-District and All-Parish honors. Now, in his senior season, Lawrence looks to not only improve as a player, but as a leader trying to set the foundation that Coach Mistretta is trying to help build. As of right now, the Dutchtown High School wrestler and offensive lineman’s top schools are Louisiana Tech and Lamar, but he is still open for more collegiate opportunities.

In today’s recruit video spotlight, Louisiana Football Magazine’s recruiting guru Lee Brecheen caught up with the standout Dutchtown offensive lineman to talk about how he achieves over a 4.6 GPA while playing football, the position on the offensive line he will be playing this year, and much more! Check out the interview below!