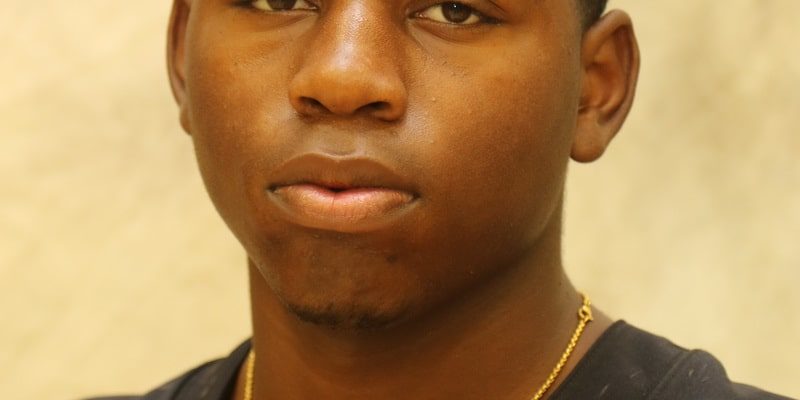 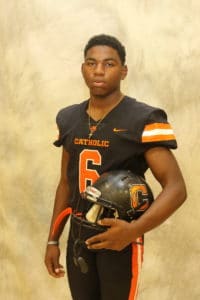 In today’s recruit interview, we go to Catholic High School where Lee Brecheen caught up with Catholic High’s own senior RB and McNeese State signee Josh Parker before the start of the season!

Josh Parker: Catholic High School in Baton Rouge, LA has been known for consistently producing great running backs, whether it has been recent LSU backs Derrius Guice (Washington Redskins) and Clyde Edwards-Helaire or other greats such as Kevin Franklin (LSU), Travis Minor (Florida State), Karl Bernard (ULL/Detroit Lions), and Warrick Dunn (Florida State/Atlanta Falcons/Tampa Bay Buccaneers). The next running back in line to play at the next level is senior running back Josh Parker. Over the last two seasons, the Warrick Dunn Award Courage Award recipient has ran for 2,308 yards and 30 touchdowns while leading the Bears to two Division I state championship runner up finishes. Despite all of the great numbers the 5-10, 190 pound runner has produced, the most impressive stat line of all is that he has fumble only one time out of his 272 career carries. Although Parker may not be the fastest, strongest, or biggest recruit the Bears have produced, Parker has proven that he is a great football player as Louisiana Football Magazine’s recruiting expert Lee Brecheen had said it best before the season.

“Nobody gets more out of his ability than Joshua Parker,” Brecheen said. “If you hand time or measure him, he does not impress you, but if you give him the football during a game, he knows what to do with it. He racks up stats and is a dependable ball carrier. I think he will be a I-AA starting running back when it is all said and done.”

That is where the All-District performer is going to play as Parker has signed with the McNeese State Cowboys. Parker will play under new head coach Frank Wilson, who coached Derrius Guice at LSU as the running backs coach. Parker’s reliability, toughness, and athleticism could be a great addition for the Cowboys and beyond.