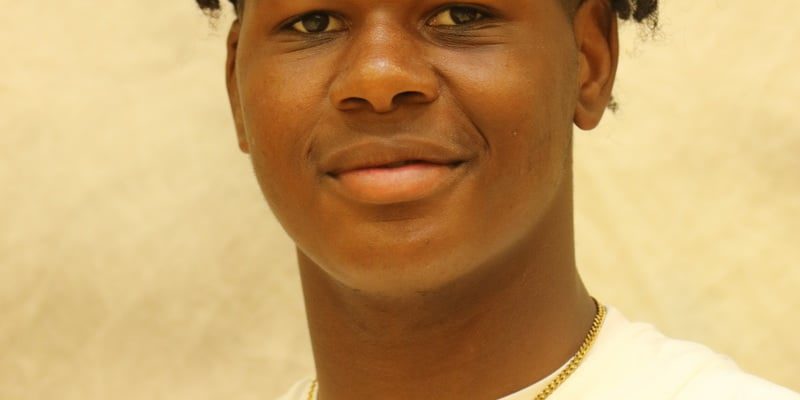 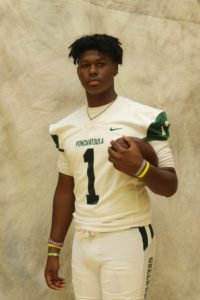 We have finished our 23rd annual magazine cover shoot, but this year marked the third straight year in which we have conducted both a North and South photo shoot. This year, we shot the North photo shoot at Northwestern State University in Natchitoches and we shot the South photo shoot at Catholic High School in Baton Rouge. Both events were really successful, and we would like to thank everybody who has helped us make both events so special for the players that were involved. Besides taking the photos, Louisiana Football Magazine’s owner Lee Brecheen and editor Jace LeJeune got the chance to talk to some of the top Class of 2020 players in the state of the Louisiana. Both Brecheen and LeJeune talked to the recruits about their top schools, goals for the upcoming season, hobbies, and so much more. For the rest of the year, we will post these video interviews that were taken at both photoshoot events!

TJ Finley: With his 6-6, 260 pound frame and rocket arm strength, it was clear to see the physical tools that Ponchatoula High School senior QB TJ Finley possesses. With those talents presented DI ability. Because of that, Finley was offered by schools including Auburn, Oregon, Auburn, Baylor, Georgia, Kentucky, and others, but however, despite all of the attention and offers, the three star quarterback stayed with his hometown choice, which was LSU. After committing to the Bayou Bengals in 2018, the talented signal caller has stayed true to his decision keeping his commitment all the way into his senior season and even signing with the Tigers in the early signing period. Not only has Finley signed with the Tigers, but he even practiced with his new team just hours after he signed his letter of intent as he has enrolled early into the school. Drawing comparisons to guys like former LSU gunslinger JaMarcus Russell, Finley will also find his home in Baton Rouge. Before the start of his senior season, Louisiana Football Magazine’s recruiting expert Lee Brecheen put Finley on the cover of the South preview magazine and on the first team All-South Louisiana team.

“TJ Finley has the strongest arm that I have seen come out of Louisiana in several years,” Brecheen said. “He has a stronger arm than JaMarcus Russell (LSU/Oakland Raiders). He could be a NFL quarterback if he continues to work on his feet.”

Well, Finley will get the chance to work with offensive coordinator Steve Ensminger and passing game coordinator Joe Brady in one of the most explosive  pass happy offenses in the country, which is now led by Heisman Trophy winner Joe Burrow. After Burrow is finished with his collegiate career and rides to the NFL as the potential number one overall pick, there will be a debate on who will handle the reins next season, and beyond. This pro style quarterback very well could continue the rising reputation of LSU as QBU.

In today’s recruit video interview, we go back to the summer where our own Lee Brecheen went 1 on 1 with Ponchatoula High School senior quarterback and LSU signee TJ Finley to talk about his arm strength, why he loves the Tigers, his thoughts on Joe Brady at the start of the season, and so much more!