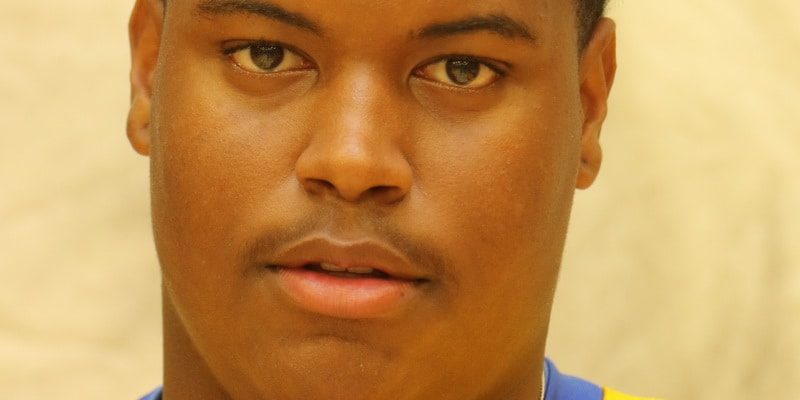 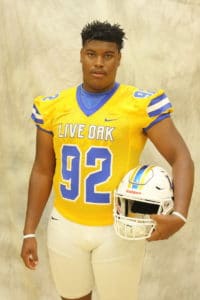 In today’s recruit interview, we go to Catholic High School where Brecheen went one on one with LSU commit Jalen Lee from Live Oak High School!

Jalen Lee: In a year full of great defensive linemen, Live Oak senior DT Jalen Lee is one of the best in the state of Louisiana. At 6-3, 285 pounds, Lee is a man among boys. LSU Head Coach Ed Orgeron has made it evident that they need to get better defensive linemen, and today, they got a big present in Lee, who announced that he was going to commit to play for the Tigers. The four star prospect chose to commit to LSU over other DI teams including South Alabama, Louisiana Tech, Tulane, ULL, Southern Miss, Houston, ULM, Florida, Kansas, Tennessee, Colorado, Alabama, Mississippi State, Georgia, Oklahoma, and Ole Miss.  The star Live Oak prospect stated that he wants to come to LSU to compete for championships. Well, if he and some of his close in-state defensive line buddies Jacobian Guillory, Jaquelin Roy, and others sign their letter of intent with the Tigers, then, that goal will become a reality.

Before Jalen Lee made his announcement, Louisiana Football Magazine’s Lee Brecheen went one on one with the Live Oak defensive lineman at our South Magazine cover photoshoot to talk about the upcoming season, the LSU Tigers, and much more! Click the link below to check out the interview!