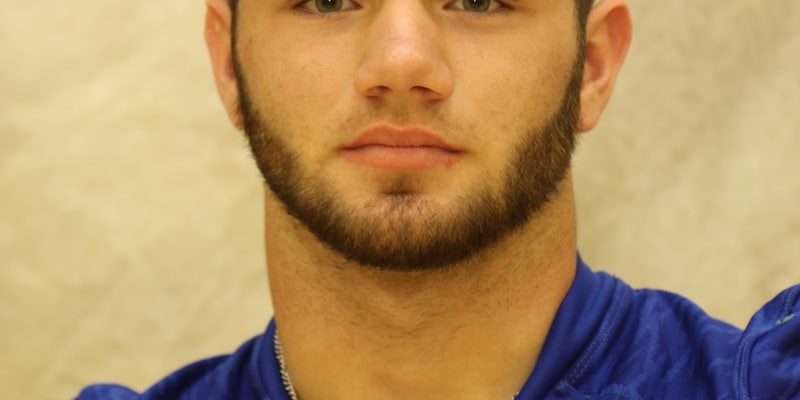 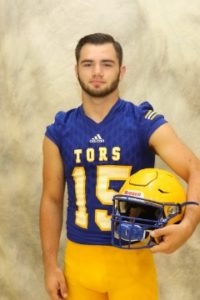 In today’s recruit interview, we go to Catholic High School where Brecheen got the chance to talk to two way star Austin Tramonte from Sulphur High School!

Compared to a lot of other recruits at the event, Austin Tramonte may not be the most intimidating in regards to size as he is only 5-9, 190 pounds, but what Tramonte does bring is heart, grittiness, toughness, and leadership. These are all great qualities that he can bring to the table and is the perfect player to rely on for new Head Coach Cecil Thomas to build around as he starts his tenure this year at Sulphur High School. At the highest level in Louisiana high school football, there are few players that start on both sides of the football, and Tramonte does exactly that as both a power back and as a linebacker. It is hard to argue with the numbers that Tramonte can play with the big boys. Last season, Tramonte accounted for 97 total tackles, 73 solo, 9 tackles for loss, 2 forced fumbles, and 3 fumble recoveries on defense while also accounting for 189 yards and 4 touchdowns when being used as a power back on offense. Tramonte is a definition of a tackling machine as he is approaching to close to 400 tackles in his career.

In today’s interview, Brecheen goes 1 on 1 with Sulphur two way player Austin Tramonte as he talks about his skills, what he brings to colleges, and his expectations for this upcoming year with first year Head Coach Cecil Thomas! Check out the interview below!