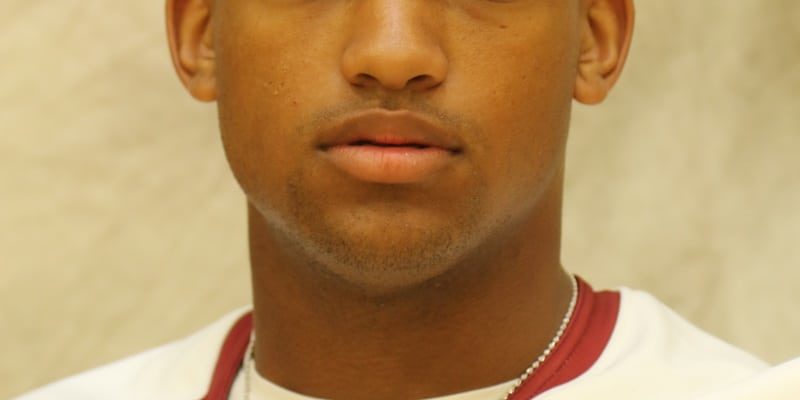 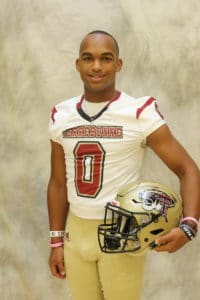 In today’s recruit interview, we go to Catholic High School where our own Jace LeJeune got the chance to talk to Terrebonne High School senior ATH and Florida State commit Ja’Khi Douglas!

Ja’Khi Douglas: There are fewer dynamic athletes in the entire state this upcoming year than Terrebonne’s Ja’Khi Douglas. Do not let his 5-8, 185 pound frame fool you. Douglas can instantly be an impact player whenever he is in the game. He is just one of those players that you just hold your breath and wait to see what happens. Just like a lot of other high school teams, the Terrebonne Tigers put their best athlete under center and that is what Douglas played last season. Especially in an option offense, you want your best player to have the ball at all times and Coach Gary Hill and his staff make sure that the four star playmaker was in the best position to succeed with his explosive 4.45/40 speed. Whether it was playing quarterback, wide receiver, defensive back, or returning punts and kicks, he did a little bit of everything leading the Tigers to an incredible 11-2 record including an undefeated regular season, a district championship, and an appearance in the Class 5A quarterfinals. In 2018, Douglas stuffed the stat sheet with 965 passing yards and eight touchdowns, 12 catches for 251 yards and four touchdowns as well as 685 rushing yards and 11 more touchdowns. Now, entering his senior year, Douglas wants to make his mark as a Terrebonne great by leading the Tigers even further. Douglas has made sure to make a commitment so he can focus on his senior season. It sounds easier than it looks as Douglas had over 30 collegiate offers to choose from including schools such as LSU, Alabama, Auburn, Florida, Miami, and Michigan to name a few. In the end, it was actually the Florida State Seminoles that gained his attention the most. On July 4th, Ja’Khi Douglas committed to play for Head Coach Willie Taggert and the Seminoles.

In today’s recruit video spotlight, Louisiana Football Magazine’s Jace LeJeune caught up with Ja’Khi Douglas back in May at our South cover photoshoot at Catholic High School in Baton Rouge before his commitment with Florida State to talk about what he planned on doing in the summer, his goals for the season, what he looks for when choosing a college, and so much more! Check it out below!