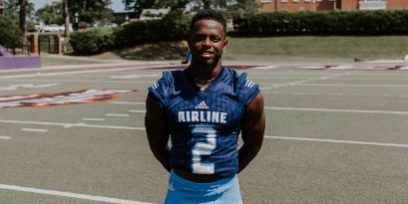 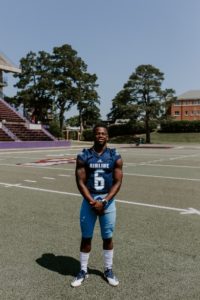 In today’s recruit interview, we go to Northwestern State University where Lee Brecheen sat down in a fun interview with two of the best defensive backs in the Shreveport-Bossier City Metro area, which so happen to be twins in Brandon and Brian Marshall from Airline High School!

Brandon & Brian Marshall: Just a couple of seasons ago, there was a pair of twin defensive backs from the Shreveport-Bossier City Area that went on to accomplish many things at the next level. They were the Williams twins from Calvary Baptist High School. Andraez “Greedy” Williams was a highly recruited cornerback that went on to become not only an All-American at LSU, but also a second round draft pick by the Cleveland Browns. Although his twin brother might not be as famous nationally, Rodarius Williams enters his redshirt junior year as one of the best cornerbacks in the Big 12 Conference at Oklahoma State. Now, just four years later, there is another set of twins that are both capable of playing at the DI level this time from Airline High School in the Marshall twins. As two identical twins at both 5-10, 175 pounds, both Brandon and Brian Marshall are entering the season as two of the best defensive backs in North Louisiana. Not only are they identical, but they are also pretty much exact copies of each other as players. With both being similar frames, both are All-District players that can play either corner or safety. They both have 4.5/40 speed and both are not afraid of contact. As arguably the two best athletes on the team, Brandon and Brian are looking to have big time seasons just like the Williams brothers did when they were making plays at Calvary Baptist. Interestingly enough, as similar as they are, the further they want to be as they both want to make their own name at the next level playing on different teams. In comparison to the Williams twins, there is a lot to like from the Marshall twins and maybe in a couple of years, we will be adding them to the list of local pairs of twins at the NFL level.

In today’s recruit video interview, Brecheen caught up with the Airline twins in a very fun interview. Both Brandon and Brian Marshall talk about the advantages of being twins, their strengths and weaknesses, where they want to go to college, how Airline can make it back to the playoffs, and much more! To check out the interview, click the link below!