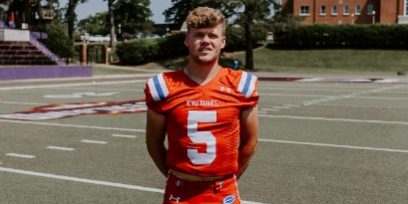 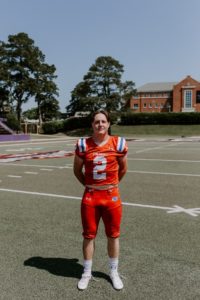 Blake Shapen: In a high school program that has been arguably the most decorated in the state in producing great quarterbacks, Evangel Christian Academy senior QB Blake Shapen looks to be the next big name in a long list of standout quarterback names such as John David Booty (USC/Minnesota Vikings/Tennessee Titans/Houston Texans), Josh Booty (LSU/Seattle Seahawks/Cleveland Browns/Oakland Raiders), and Brock Berlin (Florida/Miami/Miami Dolphins/Dallas Cowboys/St. Louis Rams/Detroit Lions) to name a few. Like Josh Booty, Shapen is a two sport standout being not only a great quarterback, but also a great baseball player as well. In fact, Shapen has decided to commit to Arizona State University in order to play both football and baseball. The athletic Shapen has shown what he is capable of playing both sports as he also holds other DI offers from Ole Miss, Arizona, ULL, and Arkansas State. The 6-1, 185 pound quarterback and infielder still has to decide if he will play at the college level because his name may get called in the MLB draft. In the future, there will be a lot of decisions Shapen is going to have to make, but for now, all he is worried about is trying to lead the Evangel Christian Academy Eagles to a Division I state championship in 2019.

Jake Harvill: Blake Shapen is not the only talented Evangel Christian Academy offensive player with baseball connections. Evangel Christian Academy senior FB Jake Harvill has an older brother Jeff Harvill, who played baseball at both the University of Arkansas as well as Arkansas Monticello. Like Shapen, Harvill is a great athlete. At 6-0, 215 pounds, Harvill is a Swiss Army knife that can play multiple positions including fullback, h-back, tight end, linebacker, and even running back. His versatility as well as his ability to both block and run make him a dangerous weapon for Shapen and the rest of the Eagle offense. For the last couple of seasons under Head Coach Byron Dawson, it has actually been the defense that the team has been known for changing the mindset of the fun and gun pass heavy days back in the 1990’s. However, with skill weapons like Harvill, the Eagles’ offense can be high flying once again.

In today’s recruit video interview, Brecheen caught up with the two Evangel Christian Academy teammates to give their thoughts on playing both football and baseball, their goals for this upcoming season, how the Eagles can get back to playing for the state championship this year, and much more! Click the link below to check out the full interview!