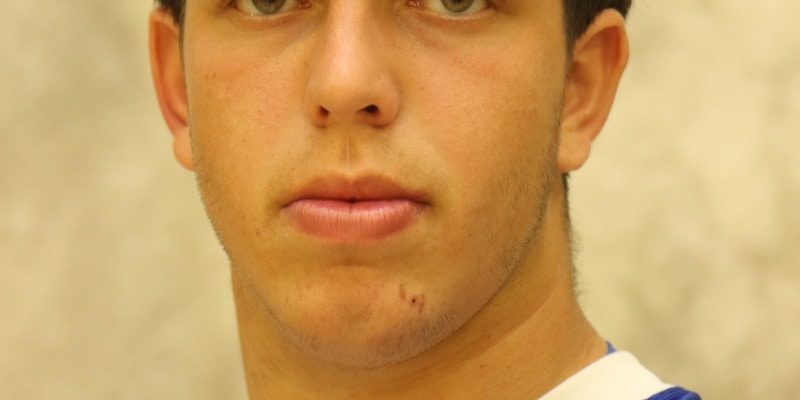 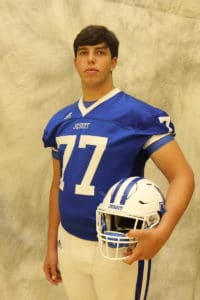 Brian Balestra: Under Head Coach Mark Songy, the Jesuit Blue Jays have been known for their play upfront on both the offensive and defensive lines. This year, it will be much of the same as they will have to rely on defensive linemen Sonny Hazard (ULL commit) and Ethan Branch, but on the offensive line, the leader has to be Brian Balestra. Balestra has a chance to be the best offensive lineman to come through the program since Corey Dublin (Tulane). At 6-4, 265 pounds, Balestra has been versatile to play at offensive guard, offensive tackle, and according to Louisiana Football Magazine’s recruiting guru Lee Brecheen, excels the most as an offensive center. Brecheen loves his technique as well as his quickness off the football. Brecheen is not the only person to love his ability, but plenty of colleges have also shown him some love offering the Jesuit senior including Yale, Southeastern, Richmond, Northwestern State, Nicholls State, New Mexico State, McNeese State, Lamar, Jacksonville State, Georgetown, Furman, Dartmouth, Cornell, Colgate, and Bryant to name a few. Talking to Balestra, he has always shown a lot of interests in the military academies and it showed when Balestra committed to Air Force on July 27th. Not only does he have all the physical attributes, but he also shows that he has the intelligence to become a DI center with a 3.8 GPA and a 24 ACT in the classroom.

In today’s recruit interview, we go to Catholic High School where Lee Brecheen got the chance to talk to Jesuit High School senior offensive lineman and Air Force commit Brian Balestra to talk about the upcoming season, his top schools at the time, what it is like to block guys like Ethan Branch and Sonny Hazard in practice, and so much more! Click the link below to check out the interview!