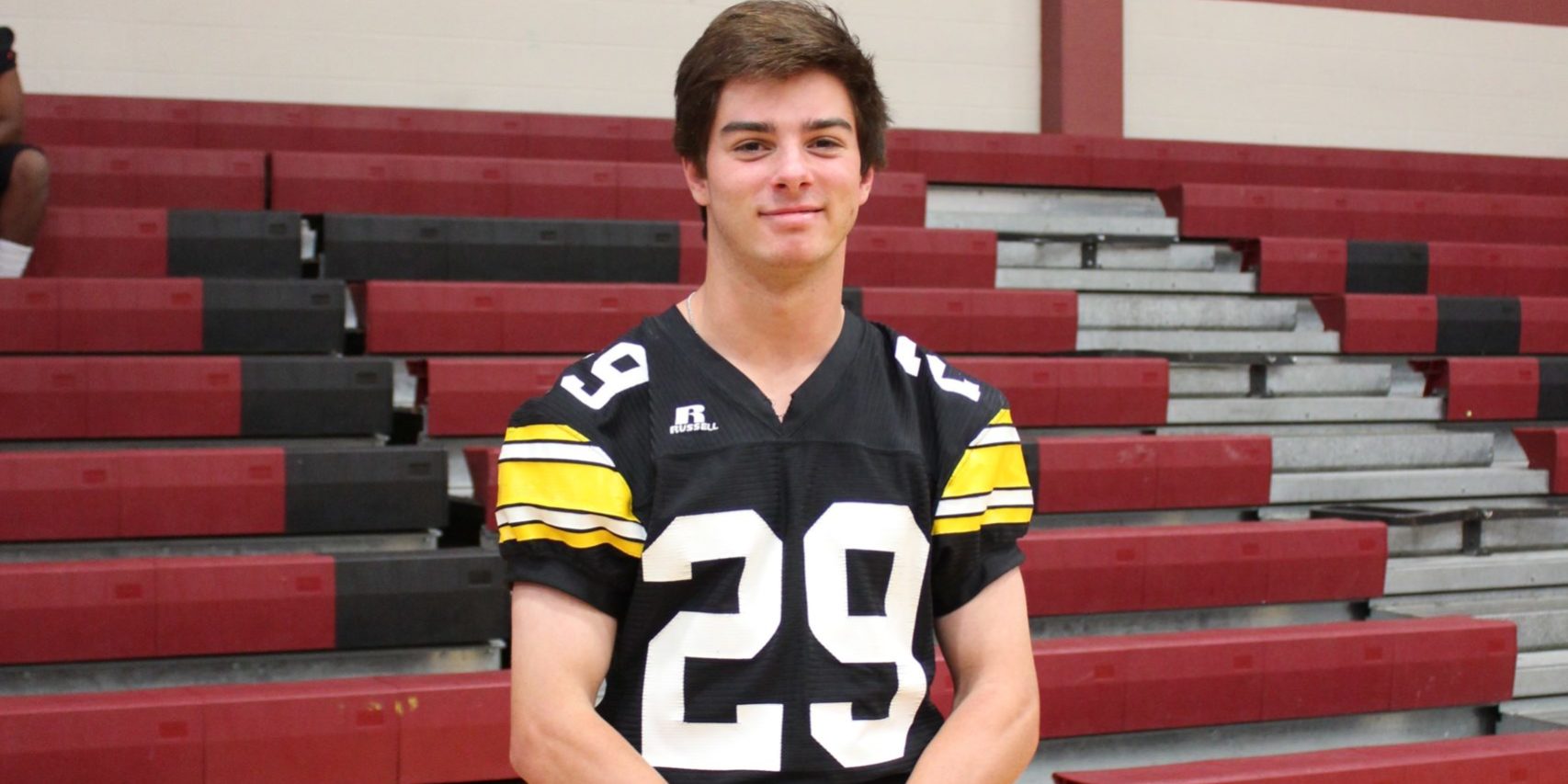 There have been a lot of players around the state of Louisiana that have been around sports all their life. Some may have played ever since they learned how to pick up a ball and some others learned from their dads who were coaches or former players. However, for University Lab senior WR/P Grant Bonnette’s connection to the sport of football comes from his father Michael Bonnette, who just so happens to be the Sports Information Director for LSU. Ever since Grant Bonnette was little, he was always around the LSU football program. Being around all these great LSU players over the years has helped Bonnette’s game as a football player himself. Bonnette is not a big guy at only 5-10, 170, but he is a great athlete and most importantly has great knowledge of the game being around his father along with a lot of the former LSU coaches and players. He may not be as talked about as some of the major DI recruits on the University Lab football team, but is one of the major reasons on why the Cubs are having their best season since the team had an undefeated season and a state championship in 2014. As of right now, the Cubs are 9-0 with one more regular season game to go before the playoffs start. Great teams have a combination of great athletes and leaders. The Cubs have both of those as they are lead by a guy who has plenty of football knowledge. Louisiana Football Magazine’s recruit expert Lee Brecheen believes Grant Bonnette could be a big time punter at the next level.

“Grant Bonnette is not a really big guy, but he has a really strong leg as well as great hang time,” Brecheen said. “He has been around football all his life as his dad is the LSU Sports Information Director and you could tell that he really knows the game.”

Bonnette not only has the football I.Q. and the athleticism, but he also has the versatility. He is one of the leading receivers for the Cubs and one of the best punters in the Baton Rouge area. With all the tools that Bonnette has in his arsenal, he could become a big steal for the right team. In today’s recruit spotlight, we caught up with the University Lab senior WR/P as he talked about the team’s success this season, being around the LSU football program, the strengths to his game, the former Tiger he models his game after, and so much more!

When looking at colleges, I want to see where I would fit in, where i would have fun, and of course the education.

LAFM: You are the son of LSU SID Michael Bonnette. What is it like to be around the LSU Football program on a normal day basis?

I’ve been around the LSU football program since I was born, and it’s really been special. Everything from watching practice and going to bowl games has been a lot of fun growing up. Having my dad work there has provided me with many awesome experiences, and I have been able to meet tons of great people because of him.

The biggest strength to my game is my route running.

Something I need to improve on is blocking on the perimeter. Coach Mahaffey always preaches to us about being good without the ball in your hands, so if I ever miss a block, I always think back to that.

I have not received any college offers and have not been shown any interest.

Last year, I think I  had a punt average of 40 yards and made the All-Metro team as well as 2nd team All-State.

LAFM: This year, the Cubs are having a great season at 9-0. What has been the biggest improvement from last year to this year?

Last year, we had a lot of young talent, but that young talent hadn’t had much experience under their belts mixed in with a bit of complacency. Over the course of last season transitioning into the off season and the summer, we had a lot of guys mature into more experienced players and it’s helped us get where we are right now in Week 10. We’re a new team this year and I believe that our minds have been in the right place going forward each week.

LAFM: This week, the team has a chance to clinch the district championship with a win tomorrow against Baker. How big would it be to clinch a district that is one of the toughest in 3A?

I believe last year was the 1st year in five years that we didn’t win district so that really left us with a chip on our shoulders. This upcoming game for us is so important in clinching the district title because it is the next game.

LAFM: I believe you play multiple positions including receiver and punter. Is there a position that you prefer over the other and if so, what position is it?

Playing both receiver and being the punter is fun because it gives me the chance to be on the field as much as possible. If I had to choose, I’d probably say receiver is my favorite of the two.

Last year, I had a 75 yard touchdown reception against Port Allen so I would say that was my best game.

When football season is over, I like to play FIFA and then eventually transition into baseball season.

LAFM: What are your goals heading to this season and did you reach those goals?

One goal of mine was to finish my senior year strong and go home a state champion.  We’ll just have to see if that goal gets accomplished.

LAFM: What is your message to the U-High team and the fans for the rest of the season?

My message for my teammates is that I hope they cherish every day we spend together because once playoffs roll around, those days are limited. For the fans, we appreciate all of you for attending our games and cheering us on and we hope we can play for y’all for as long as we can.

I try to model my game after Jarvis Landry (Lutcher/LSU/Miami Dolphins) because neither of us are ever the fastest on the field, but he runs good routes and has good hands.