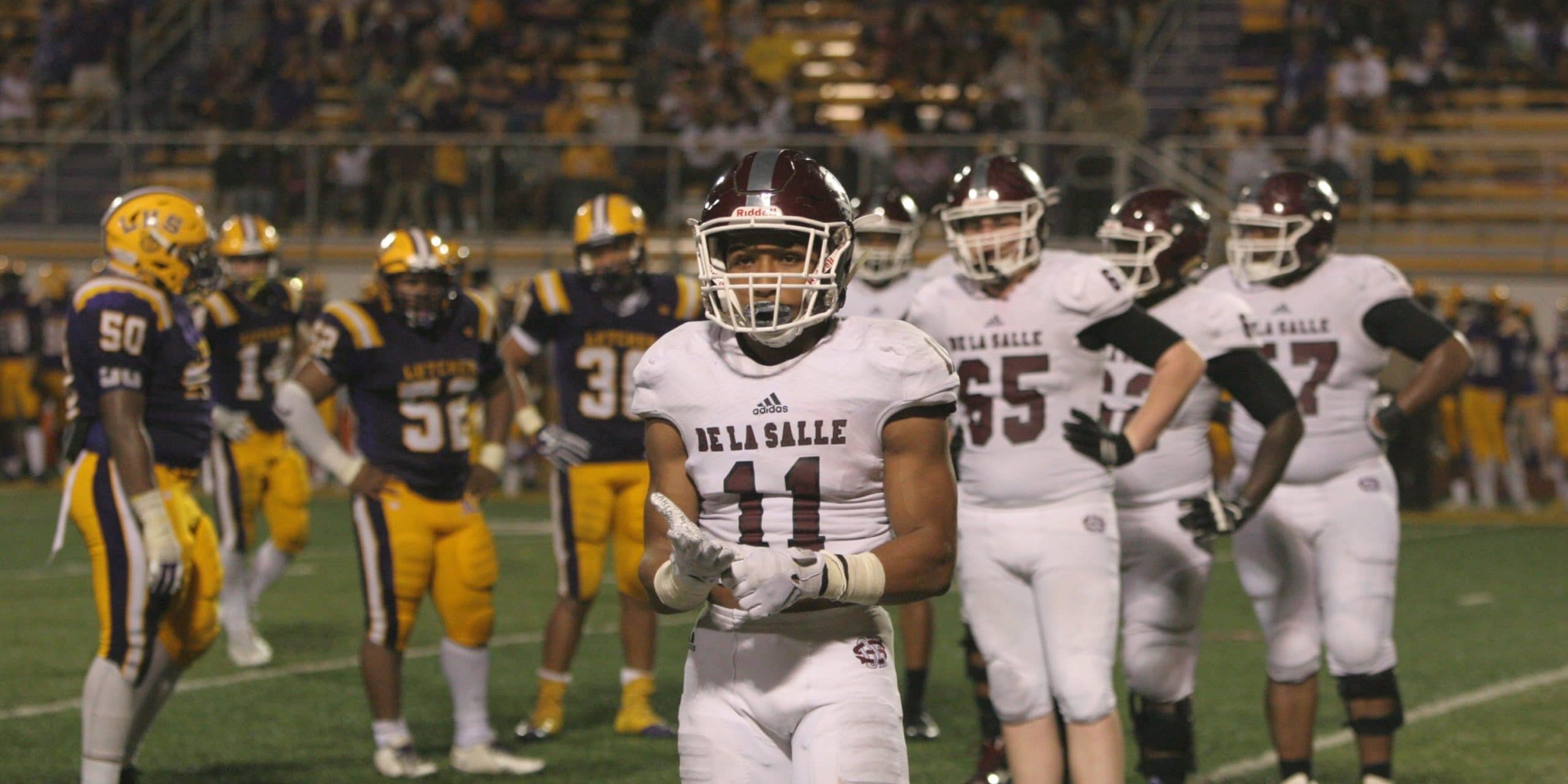 The De La Salle Cavaliers had six signees on National Signing Day back in February. The six players were key catalysts on a De La Salle football team that had an undefeated regular season as well as a semifinal game. The team was one game away from reaching the Superdome as they lost to eventual state runner up Parkview Baptist. Most of the six signees made their statement on the defensive side of the football such as LB Josh Paul (signed with Arkansas), DE Danquan Edwards (signed with Nicholls State), CB Myles Ward (signed with Northwestern State), and DE/OLB David Tran Gregg (Millsaps College), but that did not mean that the Cavaliers were all about defense. Senior WR Jab White, who signed with Trinity International, is a really good football player, but there was no question that De La Salle senior WR Quincy Cage was the X-factor in the Cavaliers’ offense. Cage has played pretty much every skill position such as QB, RB, and WR. In fact, at one point, Cage was in a quarterback battle with current De La Salle QB Julien Gums. Cage has the versatility to make plays from any position on the football field. When Cage moved to wide receiver, he finally found where he belonged. This past season, the dynamic wide receiver showed his quickness and speed by accounting for over 500 yards and six touchdowns, making All-District and All-Metro, and most importantly leading De La Salle to an incredible season. Cage’s abilities on the football field attracted the attention of in state schools such as McNeese State and Nicholls State. It came down to those two schools for Cage and in the end, he decided to take his talents to Lake Charles to play for the Cowboys of McNeese State. We caught up with the McNeese State signee as he talked about his career at De La Salle, his strengths as a wide receiver, the reason why he picked McNeese State, and so much more in today’s recruit spotlight! 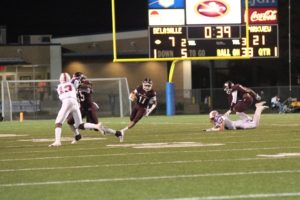 De La Salle senior WR and McNeese State signee Quincy Cage is extremely dangerous in the open field with the ball in his hands. (Photo courtesy of the Cage family)

LAFM: What are your accomplishments while at De La Salle?

I got All-District and All-Metro this season.

My strengths are my feet, the tendency to make big plays, and the ability to turn a five yard pass into a 50 yard gain or even a touchdown.

You can always improve on everything.

LAFM: You have signed to play football at McNeese State. What is it about the Cowboys that has attracted your attention so much?

the atmosphere, the winning tradition, and the desire to make you into a dog

LAFM: This season, the Cavaliers were on the way to a magical season as the team went undefeated and was one game away from going to the Superdome until the loss to Parkview Baptist. How tough was this loss for you and what are your thoughts on the season as a whole?

We had a great run, and we played our hearts out, but we fell short. I was blessed to be a part of that, and I loved it, but I was hurt to leave on a loss like that.

The Lutcher game, or the Parkview Baptist game, was my favorite game because of the atmosphere and the competition.

LAFM: Who is the college or NFL wide receiver that you model your game after?

I model my game after Jarvis Landry (former Lutcher and LSU wide receiver currently with the Miami Dolphins).

LAFM: Why should McNeese State fans be excited to have you on their football team?

LAFM: What is your favorite route to run and why?

Post Corner is my favorite route to run because there are a lot of different types of ways you can run it. I can add my own special juice to it.

I want to give a shout out to Josh Paul, David Tran Gregg, Jab White, and Eddie Minor.

LAFM: What is something that you are going to miss about Louisiana high school football?

I am going to miss the competition, the hype, and the way that everybody goes all out. We are a different breed in the boot.

I love lifting weights, and I am the oldest of five boys.

LAFM: What is your message to next year’s De La Salle football team?

You can’t cheat the grind. You only get what you put in. Keep God first and go hard!

I want to be a trainer or a CIA agent.

LAFM: What does it mean for you to play at De La Salle?

It was a honor and a blessing to play for De La Salle. It was the best thing that has ever happened to me. I loved every moment!

LAFM: What sets you apart from all the other wide receivers in the state?

What sets me apart from all the other receivers in the state is the way that I run my routes, my quickness, and my footwork.