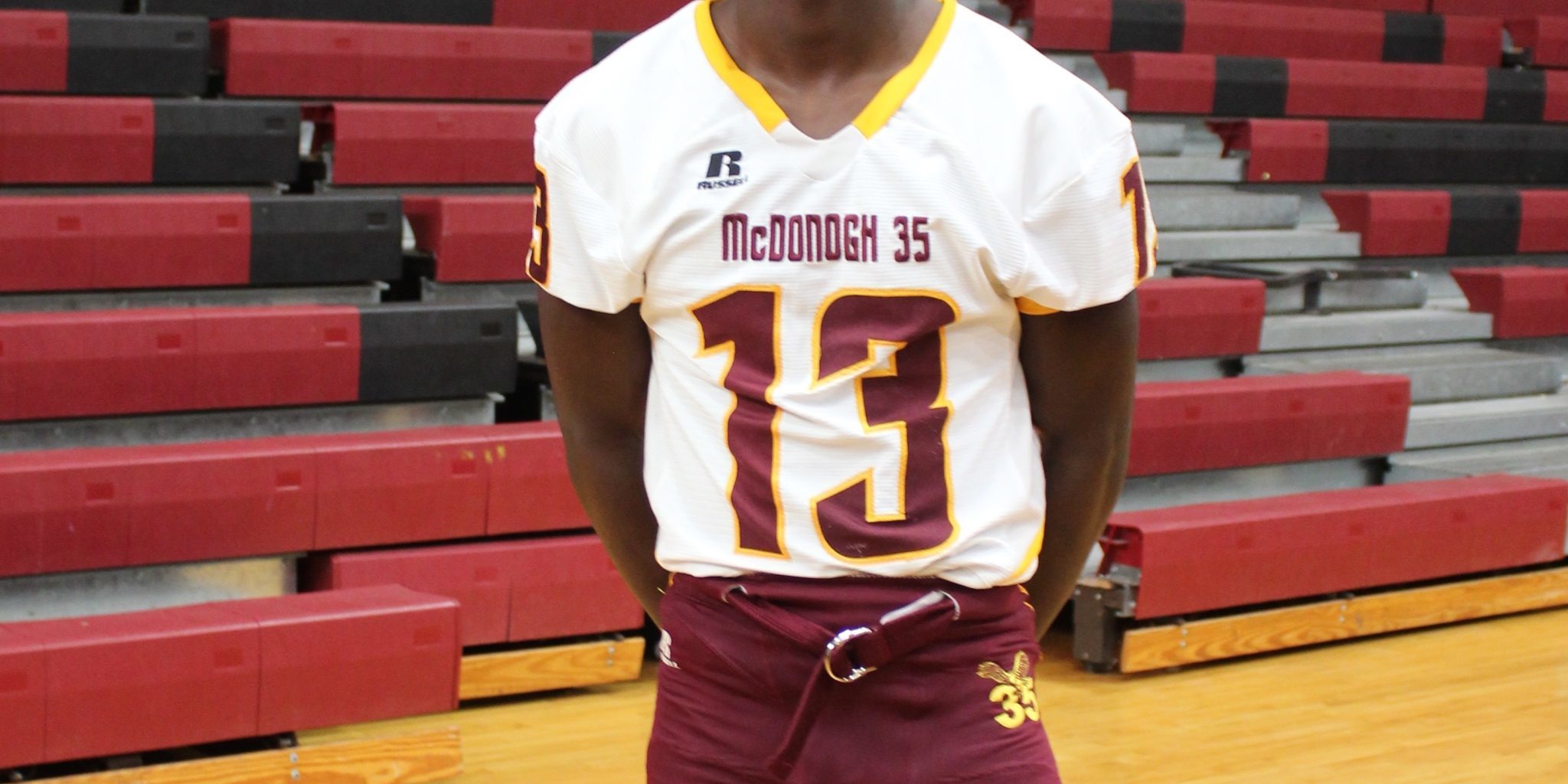 It seems that the wide receiver class in the state of Louisiana always seems to be deep with DI talent every year and the same can be said this season. One of the top receivers in the state is McDonogh 35 WR Lawrence Keys. At 5-11, 155, Keys may not stick out physically like a JaMarr Chase, Terrace Marshall, Devonta Jason, and other big physical receivers, but he is a big time playmaker that possesses a lot of speed and is capable of scoring a touchdown on every play. He is one of those players that you can throw a five yard slant or a curl and can take it over 70 yards for a touchdown. Keys has received a lot of offers from DI schools such as LSU, Houston, TCU, Texas Tech, and others because of his 4.3/40 speed. He is blessed with talent but also tries to improve on his skills every day whether it be during football season or when he is running track. Not only is Key fast but he is a very smooth route runner that has great hands. This is a player that is striving to continue to improve, and this could be the year that he shows how special he really is. Keys is trying to improve on a season in which he had over 50 catches for 975 yards and 14 touchdowns. Those are some really good numbers considering the fact that he is the number one receiver going against a lot of the best defensive backs in the New Orleans area. Not only does he go against top defensive backs on Fridays and Saturdays, but he goes up against one of the top secondaries in the state led by fellow highly recruited teammate Joe Foucha. With playmakers like Keys and Foucha, the McDonogh 35 Roneagles are definitely one of the favorites to breakthrough and capture their first state championship. Louisiana Football Magazine Editor and T.V. Show Host Lee Brecheen selected Keys to be on the All-South Louisiana team as a wide receiver and was also a selection to be on the cover of our South Louisiana edition of the magazine. This is what he had to say about the star McDonogh 35 receiver.

“I think Lawrence Keys is the fastest player in the New Orleans area on a football field,” Brecheen said. “You sign him for his big playmaking ability because his 4.3/40 speed is the real deal.”

This is definitely another player that fans should keep an eye out for this season. We caught up with Lawrence Keys as he talked about his speed, his top schools, being recognized as one of the best players in South Louisiana, going up against his teammates in practice, his goals for the season, and so much more in today’s recruit spotlight. 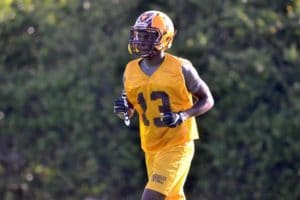 It’s a big achievement because a lot of people do not get the chance to receive that honor and I am just blessed to be recognized as one of the best in the state. I am just looking forward to getting better.

I am a good route runner that has good hands and speed. I am also a very good leader.

I just need to improve on everything because it is the next level. The more you change your game, the more that you will get better at what you do.

LAFM: You mentioned your speed. Where do you get your explosive speed from and how do you continue to improve on that speed?

I was just gifted with that speed and I run track, which really helps me to continue to improve on it.

LAFM: You play against one of the best secondaries every day in practice. Last year, you had to go up against guys like Brad Stewart, who is now at Florida, and Kevin Berthey. Now, you go up against Joe Foucha and the rest of a very talented secondary. What is it like playing against those guys in practice and how do they make you a better receiver?

We just compete all day at practice. Everytime we are doing one on ones and seven on seven, we just go at each other all day. We talk trash to each other just to try and keep ahead, but we are really good at making the other guy better.

LAFM: The Roneagles are known as one of the best 4A teams in the state and the team came so close in getting to the Superdome last season. What does the team need to do in order to make that next step and play in the state championship game?

I think what caught us off-guard was that we were not as mentally strong as some of the other teams we were playing. This season, we are improving on our mentality as well as staying discipline. That is really the key for us this season.

I would say St. Augustine, Warren Easton, and Edna Karr are the teams that I am most looking forward to play against because those are our rivalry games and the atmosphere is always intense.

LAFM: Who are some wide receivers that you model your game after and watch film on?

I watch John Ross (Washington Huskies/Cincinnati Bengals), Odell Beckham (Newman/LSU/New York Giants), and Antonio Brown (Central Michigan/Pittsburgh Steelers) because I have similar skills to them. They all have the ability to be quick off the ball and make big plays down the field.

I thought the game last year against Warren Easton was the best game of my career so far. Those guys would always beat us, and we eventually got tired of it. For one thing, I had two touchdowns against them, but it was also a great atmosphere and a great game.

I like to draw, create clothing, and just really work on my game.

Individually, I want between 50-100 receptions, over 1,000 yards receiving and score over 20 touchdowns this season. As a team, our goal is to win the first game. Then, we need to win the rest of our games and take one game at a time. Third, make the playoffs and lastly, make a run at the state title. You have to take these goals into steps because anybody can say that they want to win a state title, but you have to take the little steps before you get there.

LAFM: What is your message to the McDonogh 35 team and the fans for this season?

My message to them is to just get ready for a long and great season. This team will be the best McDonogh team in history.

I would say my mother and my coaches.  My mother has taken care of me for my entire life and is currently taking care of me. My coaches just push me everyday and they are like father figures for me. They push me every day and make me better at what I do.

A lot of the great receivers this year are tall and just use their height to get receptions. Well, I can out jump a lot of defensive backs and go get the ball. My advantage is my speed and making the big play and a lot of players do not have that talent so I am very blessed.