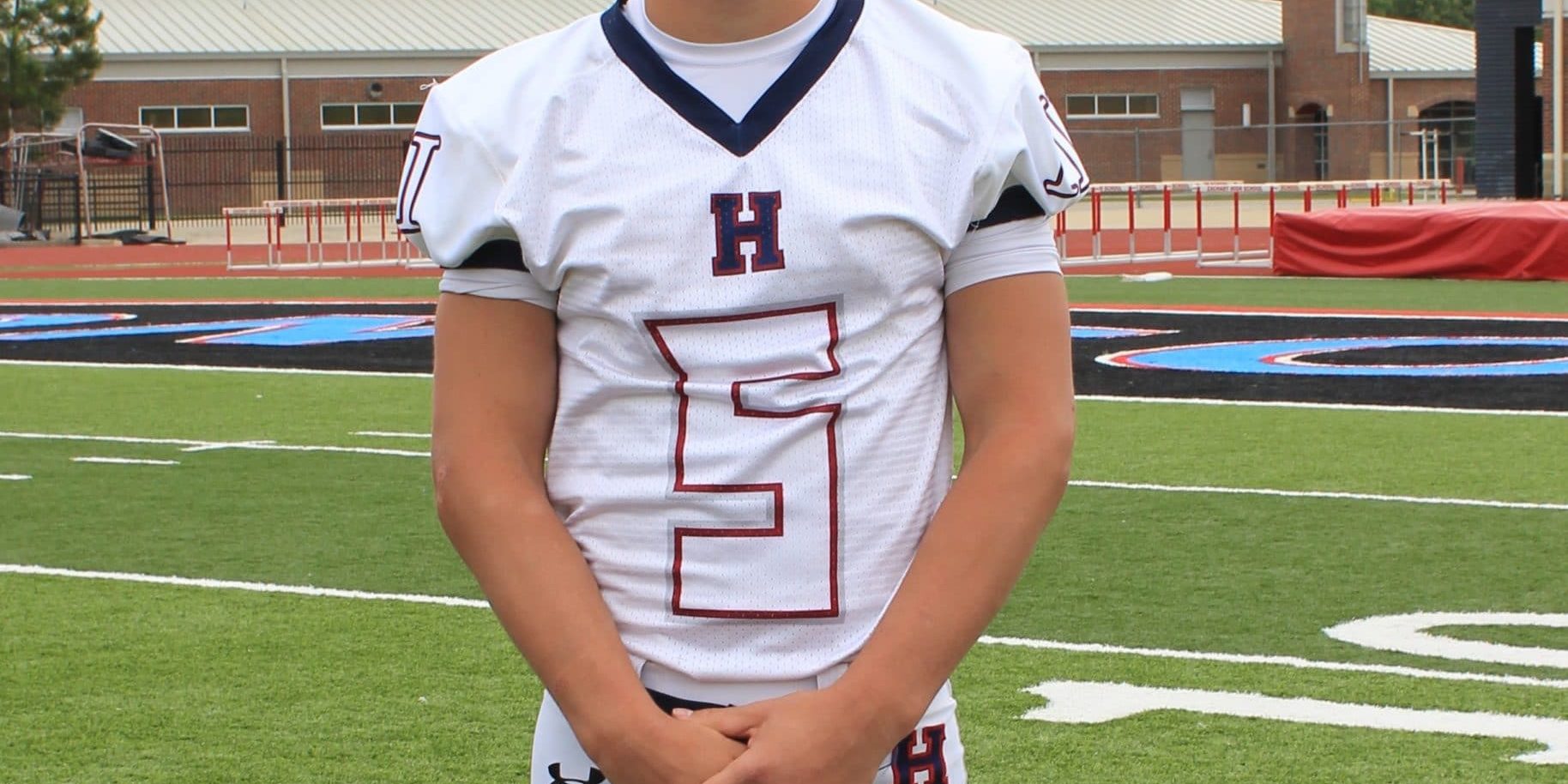 A lot of kids are playing football at the next level because of their talent and their abilities of what they can do on the football field. However, there are other really talented players that do not get enough credit like the big time four and five star recruits do. There are a lot of great football players that may not be blue chipped recruits but can play the game of football. A lot of under recruited players want to play the game of football at the next level whether it be a scholarship from a smaller school or even a walk on opportunity at a D-I school. One of those examples is Archbishop Hannan senior WR Justin Wendt. Wendt may not be 6’4 or run a 4.40, but there is no doubt that he is a great football player. He is a reliable wide receiver, who is a quarterback’s best friend, and can also run crisp routes as well as make defenders miss in the open field. Justin Wendt also has the toughness to go across the middle of the football field and make tough catches. His qualities, as a wide receiver, are something that New England Head Coach Bill Belichick loves in his wide receivers. Look at the last couple main targets the Patriots had at wide receiver in Wes Welker and Julian Edelman. Not a lot of people got to see the true abilities of Wendt this season, but he caught our attention when he was named to our All-Louisiana team at the beginning of the season. Louisiana Football Magazine Editor/Scout/T.V. Host Lee Brecheen saw a lot of similarities in the Patriot’s slot receivers when he saw the Archbishop Hannan senior wide receiver play.

Justin Wendt is this year’s version of Julian Edelman from the New England Patriots. He also reminds me of Wes Welker who also played for the Patriots,” Brecheen said. “Wendt reminds me of those guys because he catches everything, runs the perfect routes, and runs a 4.5/40. Justin Wendt is a hell of a player and if he played at a bigger school, he would be talked about even more right now.”

Even though Wendt did not play at a bigger school, he still has the opportunity to play at a D-I school as he decided to walk on at Southern Mississippi. The Golden Eagles got themselves a big gem and it did not even cost them a scholarship to get a really talented wide receiver. We caught up with Justin Wendt as he talked about his career at Archbishop Hannan, walking on at Southern Miss, playing Louisiana high school football, and so much more in today’s recruit spotlight!

Archbishop Hannan WR Justin Wendt is a really underrated athlete in the open field as he has the ability to make defenders miss. (Photo courtesy of Jill Hogan)

LAFM: What are your stats and accomplishments while at Archbishop Hannan?

My route running is the strength to my game.

LAFM: What are some areas to your game that you need to work on?

I need to work on my top end speed.

LAFM: What is the school that you will be attending to play college football at the next level?

I will be a walk on at Southern Mississippi.

LAFM: Let’s talk about the season. The team had a losing season but managed to win four games in a tough district. What are your thoughts on the senior season as a whole?

We lost our first four games by a total of 14 points. We just weren’t finishing games. I am glad to say we beat a district opponent that we haven’t beaten before at home!

LAFM: What was your favorite team to play against while at Archbishop Hannan?

LAFM: Who is the college or NFL wide receiver that you model your game after?

Julian Edelman (current New England Patriots wide receiver) is the receiver that I model my game after because he is very underrated and he had to overcome a lot of things to get where he is today.

LAFM: This season, you were named to our All-Louisiana team at the beginning of the season. What does it mean for you to be recognized as one of the best in the state at your position?

It means a lot to know that ended my high school career as one of the best at my position in Louisiana.

LAFM: What is your favorite route to run and why?

A hitch route is my favorite route to run because it gives me space to make a move on somebody.

LAFM: What is the biggest reason that you will miss playing Louisiana high school football?

I am going to miss the Friday night lights.

LAFM: What is your message to next year’s Archbishop Hannan football team?

My advice is to work hard and cherish every moment.

I would like to own my own training place.

LAFM: What makes you special or unique as a wide receiver?

The way that I run my routes makes me special as a wide receiver.