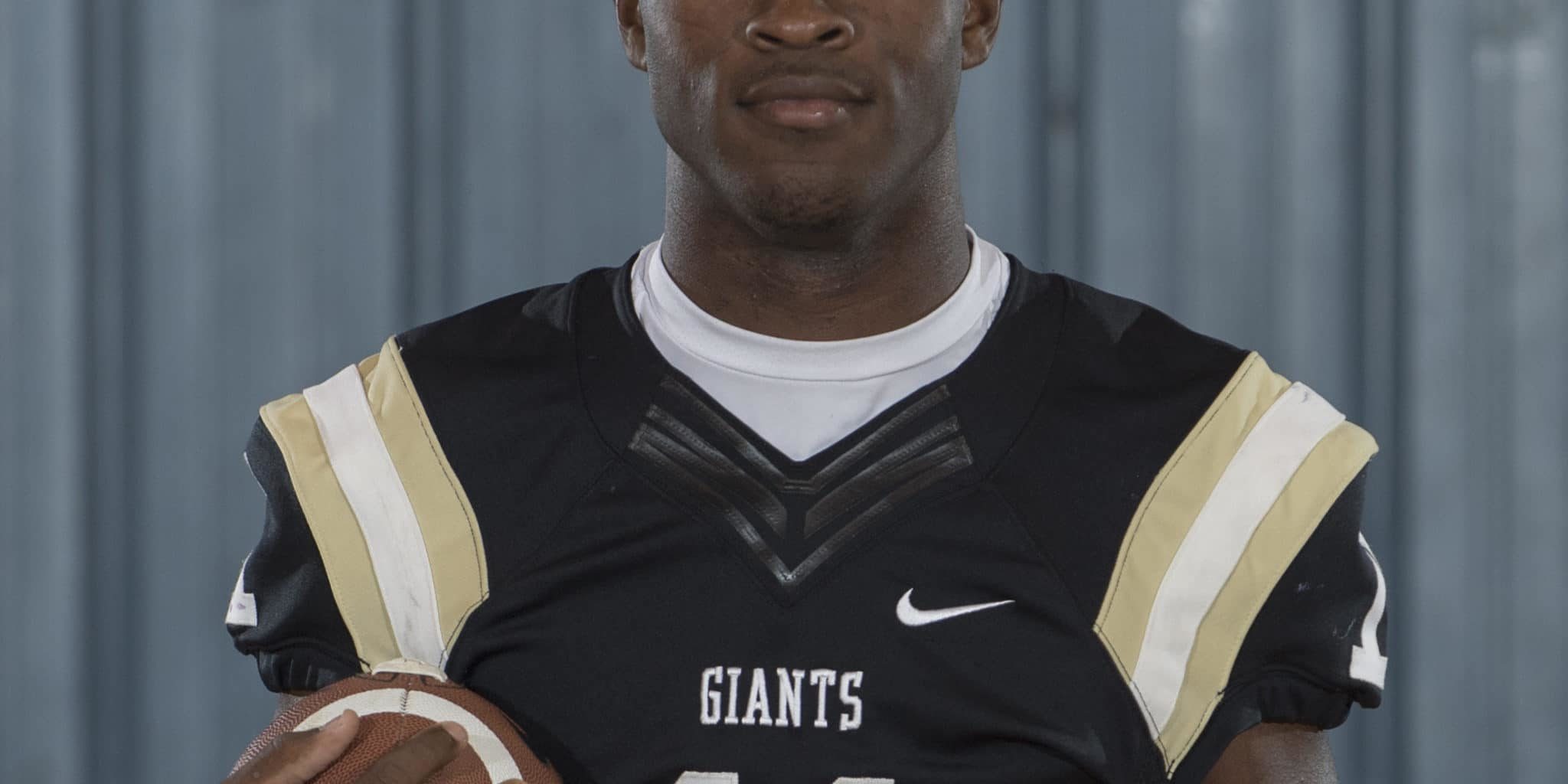 The state of Louisiana has always been deep at wide receiver especially in the northern part of the state. This season, the best two receivers in North Louisiana are Parkway’s Terrace Marshall Jr. and Jena’s JaRay Jenkins. Terrace Marshall Jr. makes a lot of headlines and is ranked higher on recruiting sites, but JaRay Jenkins is right there with the talented Parkway wide receiver. At 6-2, 180, Jenkins has all the tools to be a dominant receiver at the next level. Not only is he big and physical, but he also has legit 4.5/40 speed. You cannot ask for a better combination in terms of making a dominant pass catcher. Jenkins is the real deal and he has the offers to prove it as the star Jena senior receiver has received offers from Kansas, Memphis, Mississippi State, and the majority of the in-state schools including LSU. It is the big playmaking ability of Jenkins that makes him one of the best prep receivers in the entire state. A lot of his receptions last season came over 20 yards and not only is he a big time factor in the passing game, but in the return game as well. Last season, the versatile upcoming senior had 46 catches for 815 yards and 12 touchdowns as well as 800 total return yards and an incredible four total return touchdowns (2 punt return, 2 kick return). Over his high school career, he has had over 100 catches for almost 2,000 receiving yards, 30 touchdowns, and still has another season to go. Jenkins not only plays on offense, but on defense as well. In fact, the All-State receiver has made the All-District team at three different positions. For this upcoming season, he was named to our All-North Louisiana team and is on the cover of our first annual North Louisiana edition of Louisiana Football Magazine. Louisiana Football Magazine Editor and T.V. Host Lee Brecheen surely believes that JaRay Jenkins is the real deal.

In speaking of LSU, the Tigers may have found their next big playmaker in Jenkins, who just so happens to be a die hard LSU fan and committed to the Tigers when he first received the offer from them. In today’s recruit spotlight, we caught up with the LSU commit as he talked about his high school career, his goals for this season, the main reason he chose the Tigers, what makes his game special, and so much more! 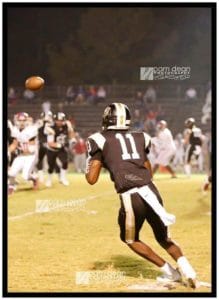 Jena senior WR JaRay Jenkins makes one of many receptions that he has had during his playing time with the Giants and there will be plenty of more receptions to come this upcoming season. (Photo courtesy of Pam Dean photography and provided by JaRay Jenkins)

LAFM: What are the biggest accomplishments that you had over your career at Jena?

The biggest accomplishment was getting pas the first round of the playoffs last season.

LAFM: You are committed to play for the LSU Tigers. What is it about LSU that has attracted your attention to commit to them?

LSU is just a dream school for me. The way the coaches talked to me and the way it felt like home have really attracted my attention to commit there.

I am blessed and it feels great to be one of those top guys.

My hands are the biggest strengths to my game.

I need to work on my route running.

LAFM: Everybody knows that you are a star receiver, but you definitely help your team anyway that you can. I believe you were All-District in three different positions. What is your favorite position to play on the field?

I have to say wide receiver because that is what I just love to play the most.

LAFM: Jena had a great season going 9-3 and making it to the second round of the playoffs. What are your thoughts on last season and what does the team need to do in order to take the next step?

Last season was such a good season for us, but in order to take the next step, we need to be more focused than we were last season.

I am looking forward to playing all of them.

LAFM: Who is a wide receiver that you model your game after as well as watch film on and why?

I model my game after Julio Jones (Alabama/Atlanta Falcons) because he is a true competitor.

I would say the best game of my career would be against Vidalia last season.

I just like to play other sports when the season is over.

My goal is to win the state championship this season.

LAFM: What is your message to the Jena team and the fans for this season?

Let’s ride because we are going to the Dome.

I want to thank my family and my coaches for putting me in the position that I am in today.

I have great coaches that are going to make sure that I work and they push me to be a better player.  I will also do whatever it takes to help my team.