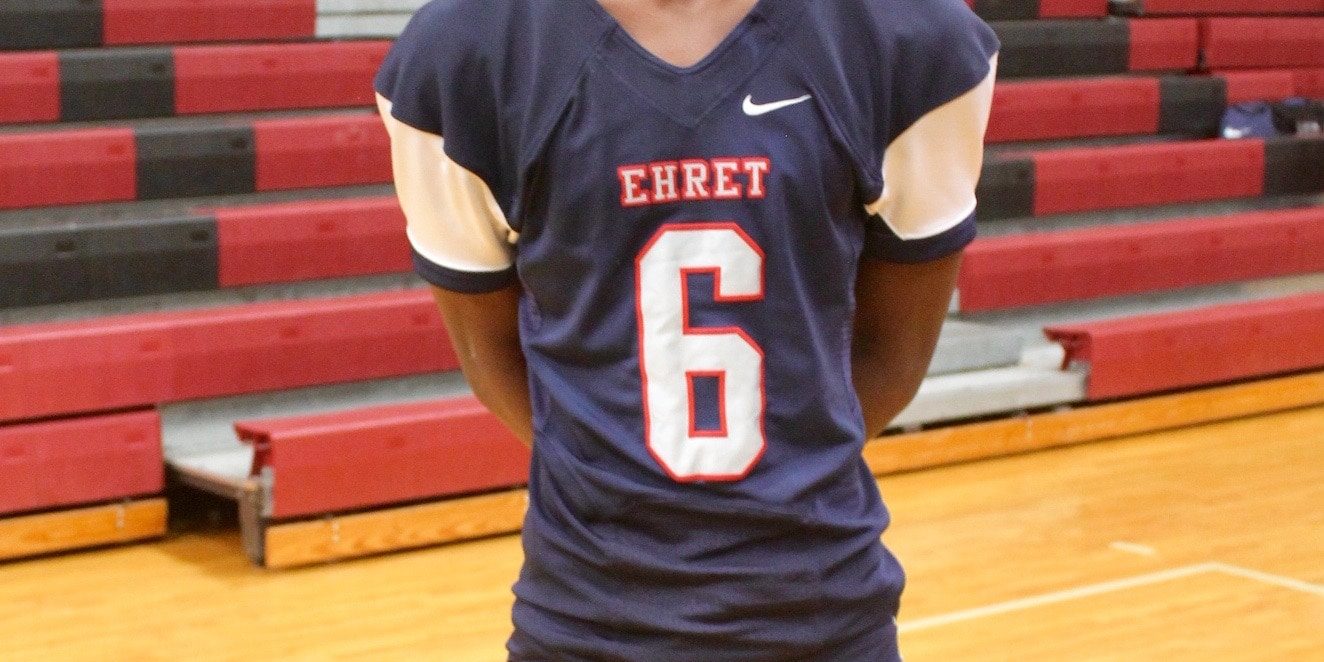 John Ehret WR Jammal Houston is one of the most talented receivers that you will see as he is 6-2, 180 and can easily run a 4.5/40. However, Houston had to go through a lot of adversity to get to where he is today. Houston started his career at West Jefferson before ending up transferring to John Ehret High School last season. The start of the season was going pretty good for Houston as he was on his way to a huge year already racking up almost 200 yards receiving and two touchdowns. He was also getting offered by multiple DI schools including LSU. It seemed that things were on the rise for the three star wide receiver, but Houston went down after suffering a torn ACL in the third game against Destrehan. It was a huge blow for not only Houston, but for the entire team as they lost one of their best athletes for the entire season. A lot of players could have given up after suffering a serious injury like that, but Houston simply has not let the injury get to him. He has worked really hard in the off-season and is ready to dominate in his senior season. Houston’s incredible talent was too good to be ignored by Louisiana Football Magazine’s recruiting guru Lee Brecheen as he was on the cover of our South Louisiana Football Magazine Cover.

“Jammal Houston is a special player that is coming off an injury from last year,” Brecheen said. “If it was not for the injury, he could be mentioned with some of the best in the state. When healthy, he can really run for a guy of his size.”

Things seemed to be on the way up with his team being one of the favorites to win the state championship this year with a healthy Houston back, but the Patriots suffered another setback as the man that led them to this point in Corey Lambert has been dismissed by the school. However, Houston and his teammates have gone through a lot along the way and have a good coach in Del Lee Collins that will be taking over. Even with the new coaching change, the Patriots have a great chance to do some damage and the offense should do a lot of damage as long as #6 is healthy. Even with the injuries and setbacks, Houston has already made his commitment and that is to Colorado State. In today’s recruit spotlight, we caught up with the Colorado State commit as he talked about preparing for the first game against West Monroe, coming back from his injury, the reason he chose the Rams, the team’s approach since Collins has taken over, and so much more!

LAFM: You are committed to play for Colorado State. What is it about the Rams that has attracted your attention to commit to them?

I like Colorado State because it’s a great place out there. I like their offense and they also said that I will start when I get there.

LAFM: You are on the cover of our South Louisiana edition of our magazine. What does it mean for you heading into your senior season to be recognized as one of the best players in the state?

It means a lot to me. I always want to be one of the best wide receivers in the state.

My biggest strength to my game is just staying focus and not dropping passes.

I need to work on my route running.

LAFM: Last season, you had to go through a lot of adversity as you tore your ACL. How difficult was it for you to sit the season out and how healthy do you feel right now?

It was really hard for me to see myself not playing my junior year, but I feel great right now.

LAFM: Last year, the Patriots had a great season but the team was just short of making it to the Superdome losing to Destrehan in the quarterfinals. What do you need to do to help the Patriots not only get back to the state championship, but to actually win it?

I need to catch every pass they throw to me, make one person miss, and score a touchdown. They want the dog in me to make big plays on offense and defense.

LAFM: You start the season against a great opponent in West Monroe. What do you need to do in order to get the win and get some momentum for the team?

I just need to make big plays when we need them especially playing against a great team like West Monroe.

LAFM: Who is a wide receiver or receivers that you model your game after as well as watch film on and why?

I don’t have one yet!

I just continue to work on my game and sometimes, I play basketball.

My goal is for the team to win the state championship, but individually, I want 90 catches, 1,200 yards, and 20 touchdowns.

LAFM: What is your message to the John Ehret team and the fans for this season?

I just want to tell them that I’m back and ready to go to the Dome.

I want to thank Coach Lambert and my family.

LAFM: The team lost a great coach in Corey Lambert who helped build the program up, but the team has a new coach in Del Lee Collins. What has been Coach Collins’ message to the team with the transition of leadership there?

What makes me stand out is my speed and being able to break away from defensive backs.