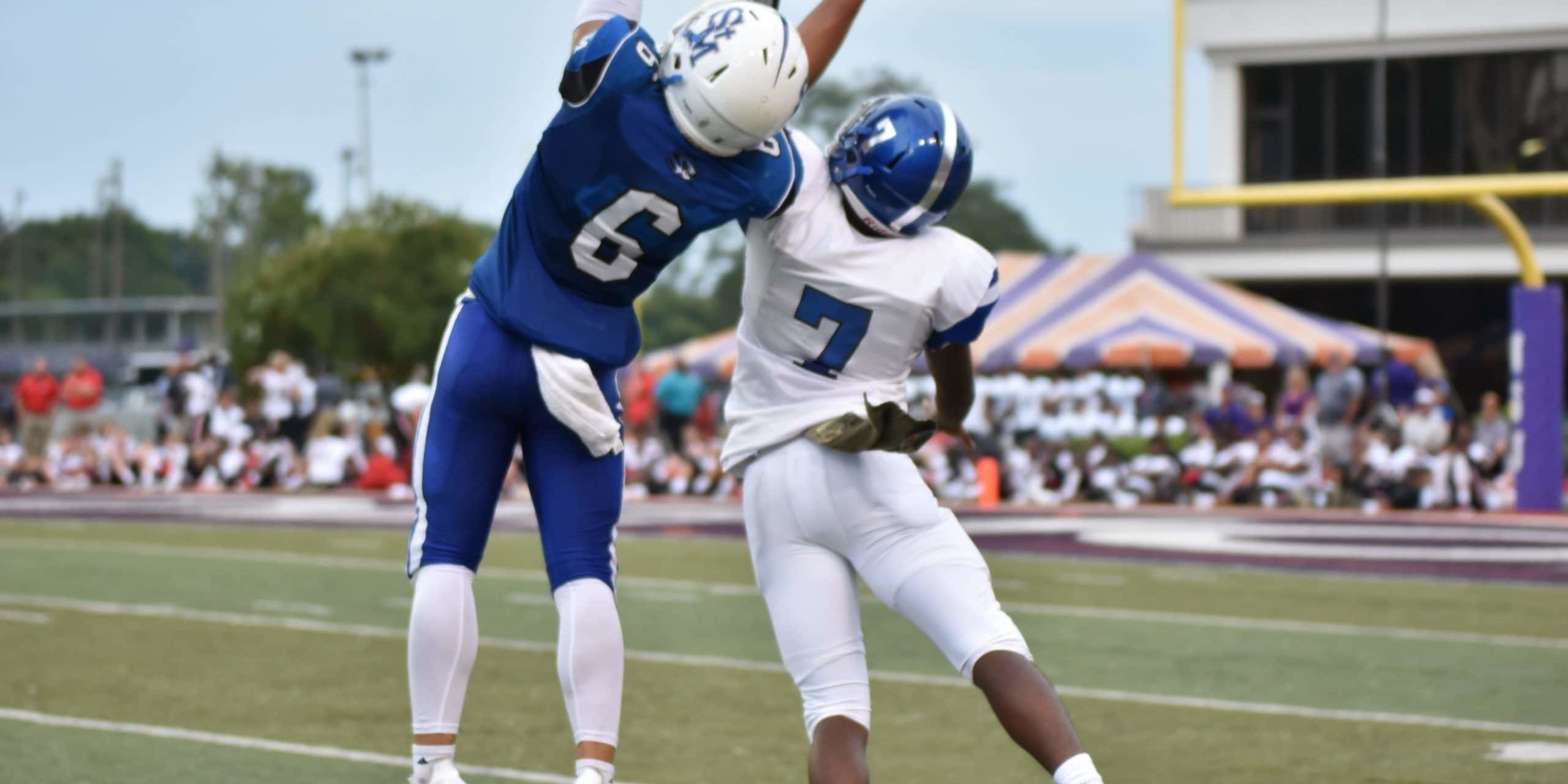 With the help of Seniors like Bailey Shelton, the St. Mary’s Natchitoches football team have turned a 6-5 record from last season to a 10-3 record this year. The Tigers have proven to be healthier than last year with fewer injuries to limit their performance. Shelton’s ability to run the ball has opened him to many opportunities that have lead the Tiger’s to a successful season. His skills have made it easier for Tiger’s quarterback Aaron Howell to trust him with catching the ball and making long plays. Ever since he was a sophomore, Shelton has been starting for the Tigers’ football team. His skills were recognized when he earned All-District the same year as a sophomore. Shelton has ended the season with 1,940 all-purpose yards, 23 touchdowns, and three two-point conversions. He averaged 18.83 yards per touch for the entire season and a touchdown every 4.48 times he touched the ball. Louisiana Football Magazine’s recruit expert Lee Brecheen loves the way that Shelton plays the game and the impact that he has made on the St. Mary’s football program.

“Bailey Shelton is a great football player that does whatever the team needs him to do,” Brecheen said. “He is a great athlete that can make plays whenever he has the football in his hands.”

Even though Shelton will not be playing football at the next level, we wish him the best as he will be attending Louisiana Tech to pursue a major in architecture in the fall. In today’s recruit spotlight, we caught up with the star St. Mary’s football player as he talked about this season, his career, and so much more!

LAFM: What is your max bench press and 40-yard time?

LAFM: You play various positions (WR, DB, SS), which position do you like playing best?

My favorite position is WR.

LAFM: What are the biggest strengths to your game or what do you think makes you stand out as a player?

My biggest strengths as a player are my route running abilities and making people miss.

LAFM: What were your accomplishments while at St. Mary’s High School?

An interesting fact is that I play golf.

LAFM: This season the Tigers lost the away playoff game against Ascension Catholic but ended the season 10-3 compared to last year’s 6-5 record.  What are your thoughts on what elements helped turn this season around fro last year’s?

What helped us turn our season around is the help and leadership of our seniors. Our coaches put us in a position to do great things and everyone brought into it and just all the add work we put into it. Plus, we had a lot of injuries last year, which hurt us.

I have played against many great defensive backs in my career but the one that stood out to me was Tymon Sanders from North Caddo because he was a very smart defensive player and he was very fast.

LAFM: What do you think you need to improve on when you get to college if you continue your football career?

What I need to improve on is my strength in the weight room.

The NFL player, that I like to model my game after is Trent Taylor (Evangel Christian/Louisiana Tech/San Francisco 49ers) because he lacks size and he is very quick and shifty like me. I think we are very similar in our game style.

I would like to say thanks to all my coaches for putting me in the position to not only be a great football player but to be a leader. I like to thank my parents and all my family and friends for constantly believing and supporting in me, and I would mostly like to thank my teammates for pushing me to be the best I can be.

LAFM: What is your advice for next year’s St. Mary’s football team?

My advice, for next year’s team, is to be the best and leave a their mark on the school because I know it’s in them they are a gonna be a great team especially if they keep their winning mentality.