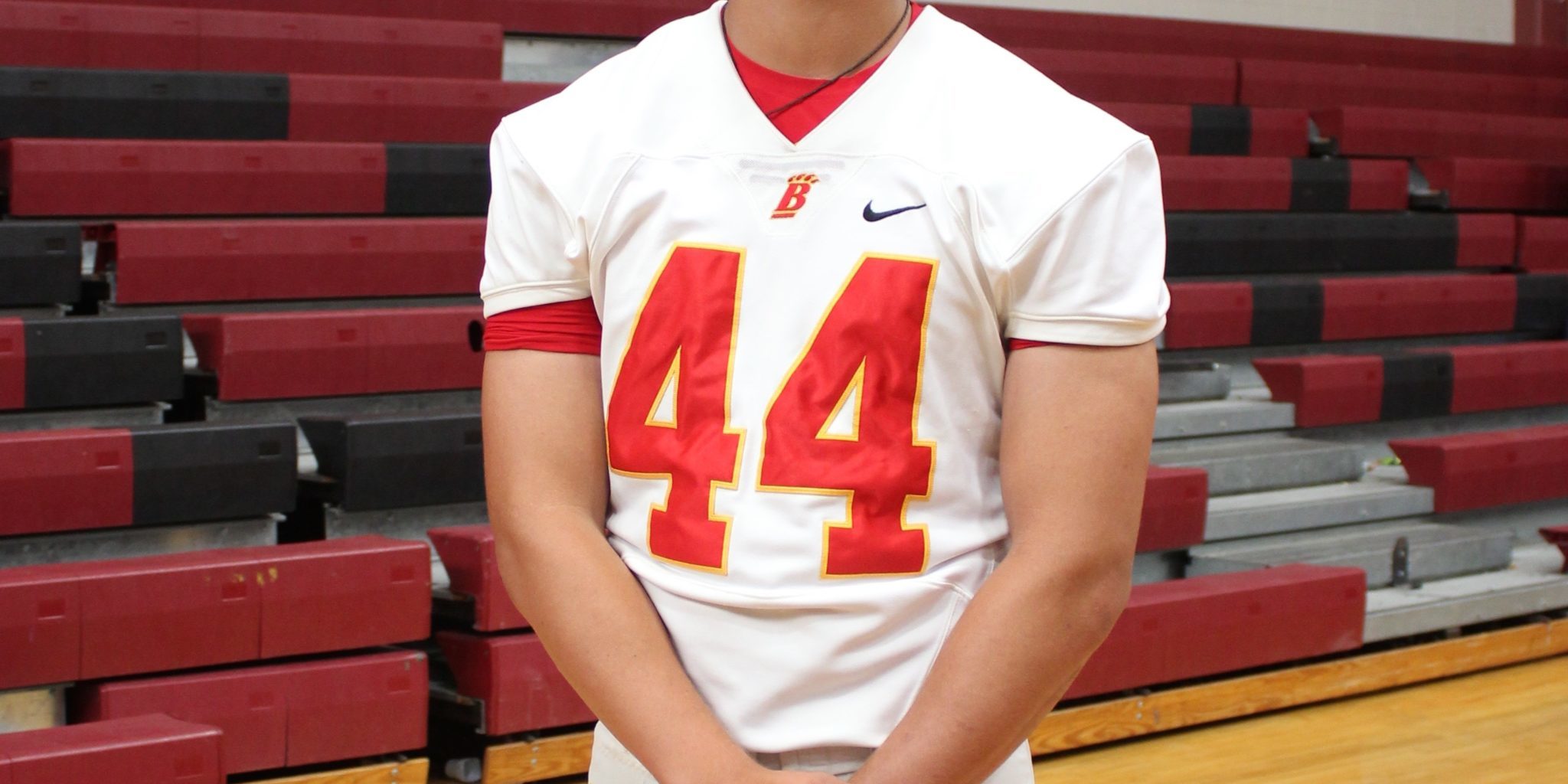 The Brusly Panthers have had a lot of turnover from last season as Marc Brown was the head coach and Jason Holliday was the quarterback. This season, the Panthers have a new head coach in Hoff Schooler and the offense has to replace not only the production of Holliday, but also running back Zavian Bell’s production as well, which is a lot to ask. The good news is that two of the team’s best defensive players in LB DeAndre Brown and two way player TE/DE Garrett Roberts return for their final year. At 6-4, 230, Roberts has the size and frame to continue to play football at the next level. He has great toughness and shows a lot of physicality at the position. Majority of the time, Roberts plays his natural position at defensive end where he creates a lot of havoc in the backfield. However, Roberts does a great job of not being too aggressive whether it is containing the run or even rushing the passer and not allowing the quarterback or running back to run to the outside. As an experience starter, Roberts shows his football intelligence on the field. Already, Roberts has improved his statistical numbers in the first four weeks than all of last season. He is on pace for a big time year with six more games to go. When he is not making plays on the defensive side of the football, he can play tight end and become an excellent six blocker. Roberts is definitely a sleeper that people in the Baton Rouge area should keep an eye on according to Louisiana Football Magazine recruit expert Lee Brecheen.

“Garrett Roberts is a very tough player that is only going to get bigger,” Brecheen said. “I like this kid because of his toughness and high football I.Q.”

The Brusly Panthers will need Roberts especially for the next two game stretch as the Panthers play against 3A powerhouses in West Feliciana and U-High. As of right now, the Panthers are 2-2 with victories over St. John and Belaire as well as losses against West side rival Port Allen and Baker. If Roberts and the senior class can stay healthy, this will be a team that is much improved at the end of the season. In today’s recruit spotlight, we caught up with the Brusly senior before the West Feliciana game as he talked about his improvement from last year to this year, playing for Coach Schooler, the offers that he has received so far, and so much more!

Some things that I look at when picking a college to go to is the success rate of the course I plan on taking. I also look at the statistics of graduates in the work force, and I like to consider the location and campus.

LAFM: You and DeAndre Brown are two of the senior leaders on this football team. What is your relationship with DeAndre and some of the other seniors on the team?

Some of the biggest strengths in my game, I believe, is my discipline as a defensive lineman especially as an end. My height and quickness to the ball allows me to make many plays from the defensive end position. Also being a three year starter, I have great experience against many different offensive schemes.

In my sophomore year, I received an offer from KCU (Kentucky Christian University) and this year, I have received a PWO offer from Florida Tech. Other schools in Louisiana have shown interest as well. I’m just going to continue to work hard, continue to have a breakout season, and see what opportunities come my way.

I think overall my stats haven’t been higher than the average the past two years I’ve played. Although this year through four games, I have already surpassed my stats from last year. That speaks enough for itself. I believe my improvement on the field as a leader and as a player over the past three years is my greatest accomplishment.

LAFM: After having a good year last season, the team has had an up and down start as the team is 2-2. What are your thoughts on the start of the season and what does the team need to improve on the most heading this week against West Feliciana?

I honestly believe we should be 4-0 going into this week. In the games we came up short in, we beat ourselves. No one has outplayed us thus far. Penalties and mental mistakes have been our problem having a young team overall. I believe that coming into week five against West Feliciana, we need to work on having less penalties and finishing games. If we can do that, we will be just fine.

LAFM: This is Coach Schooler’s first year as head coach at Brusly. What has been his approach to this team since he has taken over?

Coach Schooler has done a great job taking the reigns here at Brusly. His approach has been hard work, discipline, attention to detail, and staying focused on us. Coach Schooler is changing the culture of football at Brusly High. He makes sure we perform well on the field and in the classroom as well where it is most important.

LAFM: I believe you play both ways as a tight end and as a defensive end. Is there a position that you prefer over the other and if so, what position is it?

I’d rather not label any games as my best game. It is a hard decision, but overall, my third and final season has been my best so far.

When football season is over, I enjoy hunting, fishing, and visiting family. I also like to get back on the weights hard and prepare myself for baseball season.

LAFM: What are your goals for the rest of this season?

My goals for the season are to help my team make history. I want to get over that second round hump that has stopped us many years in the past and has prevented us from reaching our ultimate goal.

LAFM: What is your message to the Brusly team and the fans for the rest of the season?

My message to the team is always the same. Continue to work hard and worry about us. We are in control of what our future holds and it is up to us as to what happens. To the fans, keep up the great support through ups and through downs.

I model my game after Ray Lewis (Miami Hurricanes/Baltimore Ravens) because I love his attitude towards the game and his intensity on the field.