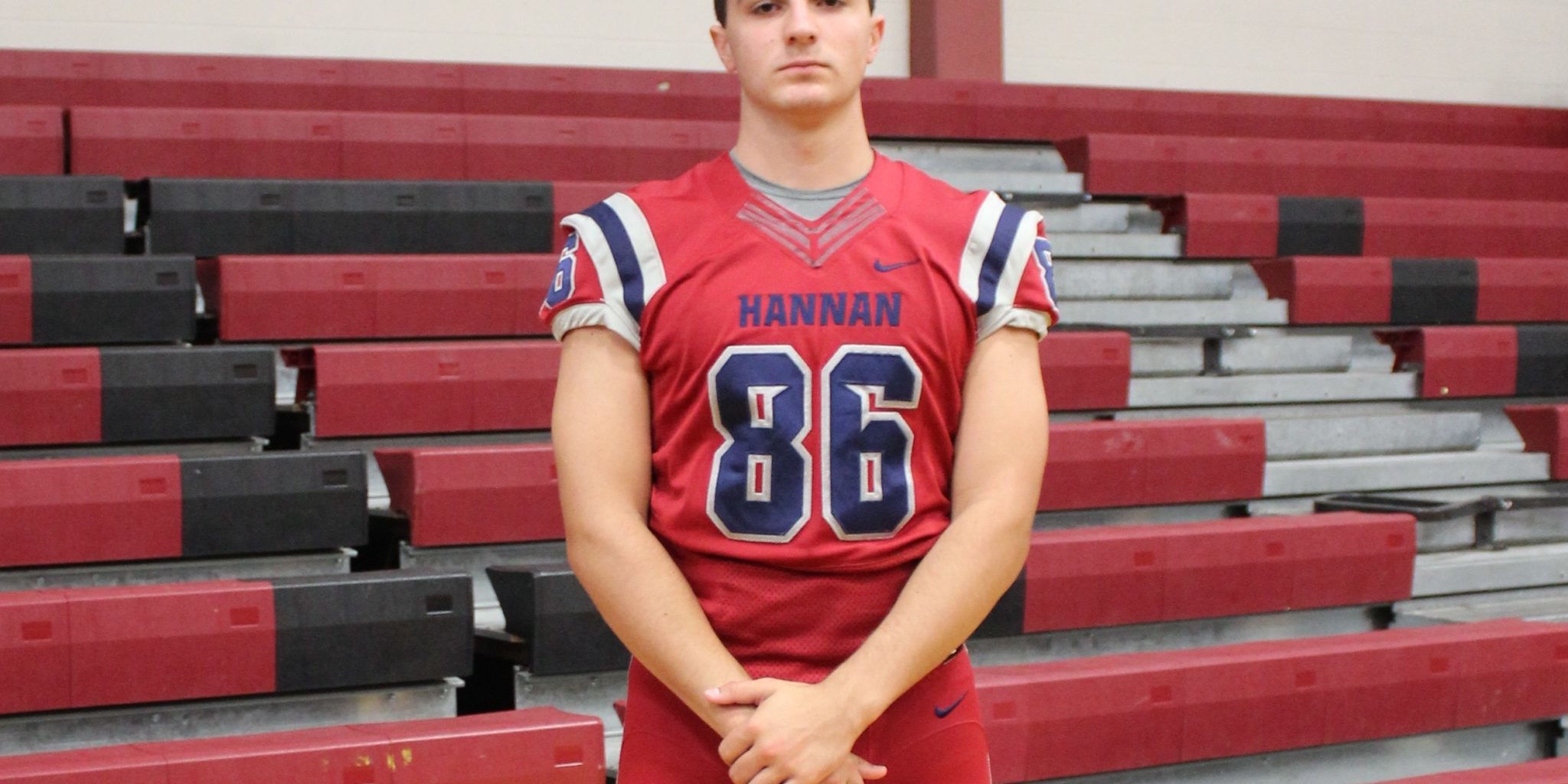 The Archbishop Hannan Hawks have been a good team in the last couple of seasons, but this could be a year in which the Archbishop Hannan community and its fans can remember as they have potentially one of the best teams in the program’s history because of what kind of players that the team has in the trenches. The name that sticks out the most is senior standout OT Christian Hoz, who has committed to Arkansas State, but he is not the only guy who can control the line of scrimmage. Hoz’s teammate Seth Caillouet is another DI player that plays tight end and also makes plays on the defensive side of the football. Along with Hoz blocking on the outside, Caillouet is himself a great blocker and one of the best blocking tight ends in South Louisiana. Not only is he a great blocker, but he has the athleticism to go out and make plays in the pass game. Caillouet can be a major offense for the Hawks offense as he can line up on the outside, in the slot, or on the line of scrimmage as an extra blocker. His versatility and the list of things that he is able to do on the offensive side of the football makes him a very underrated player. Louisiana Football Magazine’s recruiting insider Lee Brecheen certainly loves Caillouet’s potential.

“Seth Caillouet is a very smart player,” Brecheen said. “He is definitely a DI player who is a great blocker and has great speed to add.”

At 6-3, 230, pounds, there is no question that Caillouet can play for a DI team, and he already has made his decision to play for a DI team in Texas State. However, right now, Caillouet is just focused on leading the Hawks to their best season yet. They are already off to a great start winning their first two games against Independence and Central Catholic. Caillouet and the Hawks would definitely want to keep the momentum going tomorrow against Pope John Paul II. If guys like Hoz and Caillouet can stay healthy throughout the season, everybody should definitely watch out for this team when November comes around. In today’s recruit spotlight, we caught up with the Texas State commit as he talked about his accomplishments on the football field, his relationship with teammate Christian Hoz, the reason why he chose the Bobcats, and so much more!

LAFM: You have committed to play football for Texas State. What is it about the Bobcats that has attracted your attention the most?

I chose to commit and further my education and football career at Texas State because Coach Withers is a very good coach and has been a part of programs that have been very successful. He preaches to his team many similar things my head coach is currently teaching us. Also, the campus is beautiful and it is in a great location.

I believe my biggest strength in the game is that I am very physical and a great blocker in the trenches and also can run good routes as well as make plays on the ball.

LAFM: What do you need to improve on when you get to Texas State?

Some things I believe I need to improve on this year is coming out on top of my routes as well as hand placement.

I would say I try to model my game after Hunter Henry (Arkansas/Los Angeles Chargers) because he is a very dynamic tight end. He can run block as well as go up for a ball and make big plays.

The game that sticks out to me the most from my career is my sophomore year against St. Helena. We came back to win after they had the 28-0 lead going into the half.

LAFM: I believe you played both tight end and defensive end. What position do you enjoy playing more and want to play at the next level?

I enjoy playing tight end the most because it is such an unique position with so many different aspects of the game. There is also more to focus on besides just catching the ball. You also have to pull your weight as that sixth offensive lineman.

I am most excited to play against Loranger High School because they are known to be a good team, and I want my team to prove themselves to all the doubters.

After football season, I throw discus and focus all of my time on having a great off-season.

I think something interesting about me is that I can do a backflip from the ground at my size.

LAFM: The team is off to a great start as the team is currently 2-0. What do you like the most about this year’s team and what does the team need to do in order to keep the momentum going?

What I like most about my team is that they are very motivated and everyone plays for the guy next to them. In order to stay successful, we are going to have to remain discipline and take pride in all the little things on and off the field.

I would like to thank my coaches for everything they have done in my recruiting process and getting me to be the player I am today as well as my family for supporting all of the decisions I have made throughout this process and being there when things weren’t going as planned.

LAFM: You go up against your teammate Christian Hoz, who is also a DI caliber player on your team, a lot in practice. What is your relationship with him and how does he make you better as a football player?

Hoz pushed me to be a better player because we have the same mindset and goals for our future and of course, the competitive side of us comes out at practice and betters me for every Friday night.

LAFM: Last time we talked to Christian Hoz, we asked him what message did he want to give to the team and his response was 600+. Can you help explain to the people outside the program what 600+ means?

600+ has been a team motto for a while now, and I can’t give the exact story, but that number drives us and makes us go harder because we have so many people to prove wrong within our community and out.

My goals, for this season, are to become a better play maker and show I can do both aspects of the game as a tight end.

LAFM: What is one word that describes you the best as a football player?

The word I would use would be dedicated because I would do anything to better my team in the long run.