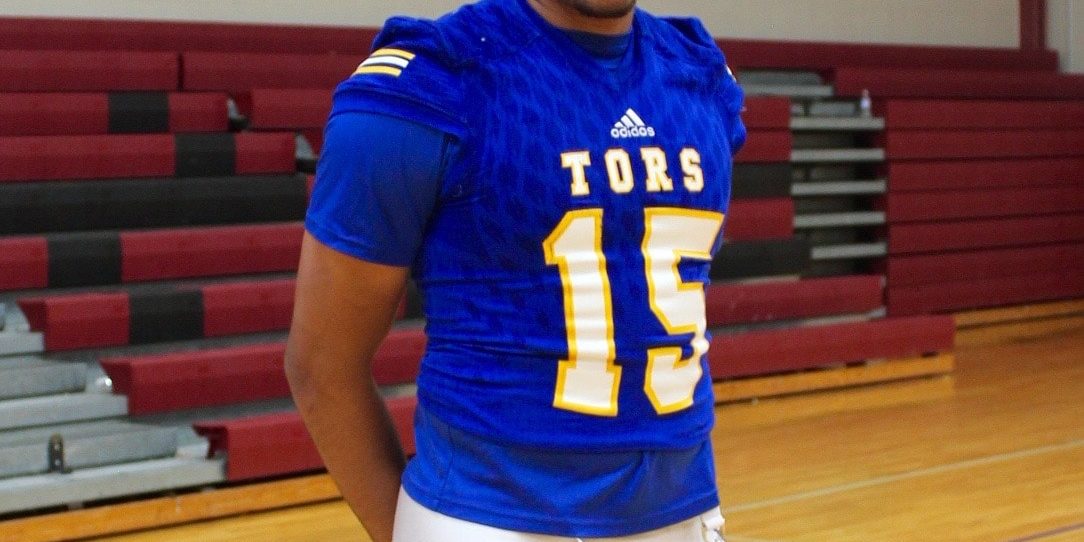 We started off the week profiling two of the best players in the state at their position this week in Parkview RB Connor Joffrion as well as McDonogh 35 WR Lawrence Keys and it does not stop there as today, we profile one of the top tight ends in the state in Christian Trahan from Sulpher High School. Like Joffrion and Keys, Trahan was named on our All-South Louisiana team and is on the cover of our South edition of our magazine. He is also a player that has major DI talent but does not get as talked about as other premier players at his position such as John Curtis TE Glenn Beal, but Trahan should be considered as one of the premier talents at tight end. There are a lot of tight ends that are usually good at one area. There are the bigger tight ends that are just primarily used as extra blockers and there are the big, tall tight ends that are highly used in the passing game. Usually, typical tight ends are either great blockers or great receivers, but Trahan is one of those exceptions to that rule. At 6-4, 240, Trahan is a great receiver and is a fantastic blocker. He is somebody that you can line up anywhere on the field. He can be lined up on the outside against smaller defensive backs in red zone situations and can line up as a fullback or in the H-back role and be used as a leading blocker. Offensive Coordinators love players like Trahan that are physically gifted and can do a little bit of everything. He is going to have to be that player this season that the Golden Tors can lean on offensively with the losses of star QB Byron Walker, who is now at Southeastern Louisiana University, and athlete J’Cobi Skinner. Last season, Trahan had 20 catches for 400 yards and five touchdowns. With a brand new quarterback, expect those receiving numbers to increase for the star tight end. Louisiana Football Magazine Lee Brecheen loves Trahan’s versatility and actually put him on the All-South Louisiana team not at his natural position at tight end, but at fullback.

“Christian Trahan could play fullback or tight end for a major program in college,” Brecheen said. “I love his hands and fluid movement for a big guy. He is also a very advanced blocker, which will help him in college. He will make a great DI tight end.”

His size, athleticism, and versatility has attracted many teams such as Oklahoma State, Louisiana Tech, and SMU, but the team that has attracted the  three star tight end the most is the Houston Cougars where he has committed to. In today’s recruit spotlight, we caught up with the Houston commit as he talked about his career, this season, the new starting quarterback for the Golden Tors, the reason he committed to Houston, his thoughts on playing fullback, and so much more! 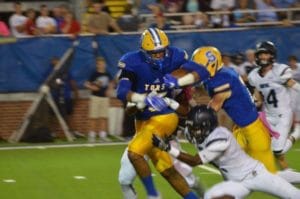 LAFM: What are the stats and accomplishments over your high school career so far?

I was first team All-District every year as the starting tight end. I was also apart of the All-Southwest team also.

LAFM: I believe you are committed to Houston as of right now. What is it about the Cougars that has impressed you the most to make you want to commit to them?

What made me choose Houston was the at home feeling I have when I am on campus and that they are doing big things with their program.

It means a lot to me and I am very blessed to be in this position.

I feel that my biggest strength is my physicality in my blocking as well as when I run my routes.

LAFM: Louisiana Football Magazine Editor and Scout Lee Brecheen believes that you can play either tight end or fullback at the next level. Do you have a preference of which position that you want to play and if so, why?

I would like to play tight end in college but if fullback is the role that I am told to play, then I have no problem doing that.

LAFM: You played for one of the best quarterbacks in the state last season in Byron Walker, but now he is gone. What is the difference between Byron and new starting quarterback Morgan Clark’s game and what has the adjustment been like playing for different quarterbacks?

The most obvious difference in Byron and Morgan is that Byron is a more talented runner with the ball in his hands. We are most likely not going to have Morgan running the ball as much as Byron did. We will do a lot more quick passing game of the play action now instead of the quarterback option and run. 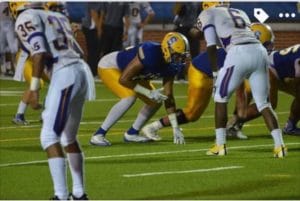 Sulphur TE Christian Trahan can line up anywhere on the football field whether it be on the outside or on the line of scrimmage as a blocker. (Photo courtesy of Jordan Meisner)

LAFM: The Golden Tors had an 8-4 season last year making a pretty good playoff run. What does the team need to do in order to take that next step and compete for a state championship?

We need to stay focused throughout the season and take every game one at a time. I also think the most we need to improve on is finishing out games strong.

I am ready for Barbe and Acadiana the most because they are two really good teams, and we have yet to beat them in my three years at Sulphur.

LAFM: Who are some tight ends that you model your game after and watch film on?

I try to model my game after Martellus Bennett (Dallas Cowboys/New York Giants/Chicago Bears/New England Patriots/Green Bay Packers) because I feel that he is the best in line blocking tight end in the NFL and he has really great hands.

I feel my best game all around in my high school career was Airline High School in the playoffs because I feel that I won every block, caught the ball and made something happen.

Well, I play basketball, but I also like to fish a lot of friends.

My goals are to win a district championship and ultimately to win the state championship. 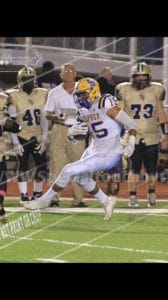 Sulphur TE Christian Trahan is a big guy at 6-4, 240, but do not let his size fool you as he is a really good runner after the catch. (Photo courtesy of Trish Leger)

LAFM: What is your message to the Sulphur team and the fans for this season?

My message to them is that I will give everything in my power to better my team and lead my team as far as we can go!

I want to thank my Mom the most for being there for me even when she was going through hard times, and I would also like to thank my two aunts Helen Lefevre and Hilda Trahan for taking me in and treating me like a son.

LAFM: You do not get talked about as much as other tight ends around the state like Glenn Beal, but you are one of the top players at your position. Do you feel that you are underrated and what makes you stand out from all the other tight ends this season?

I don’t really worry about that much, but I feel that what separates me from the rest is that I am a very determined player and if I set my eyes on a goal, I will stop at nothing to reach it.