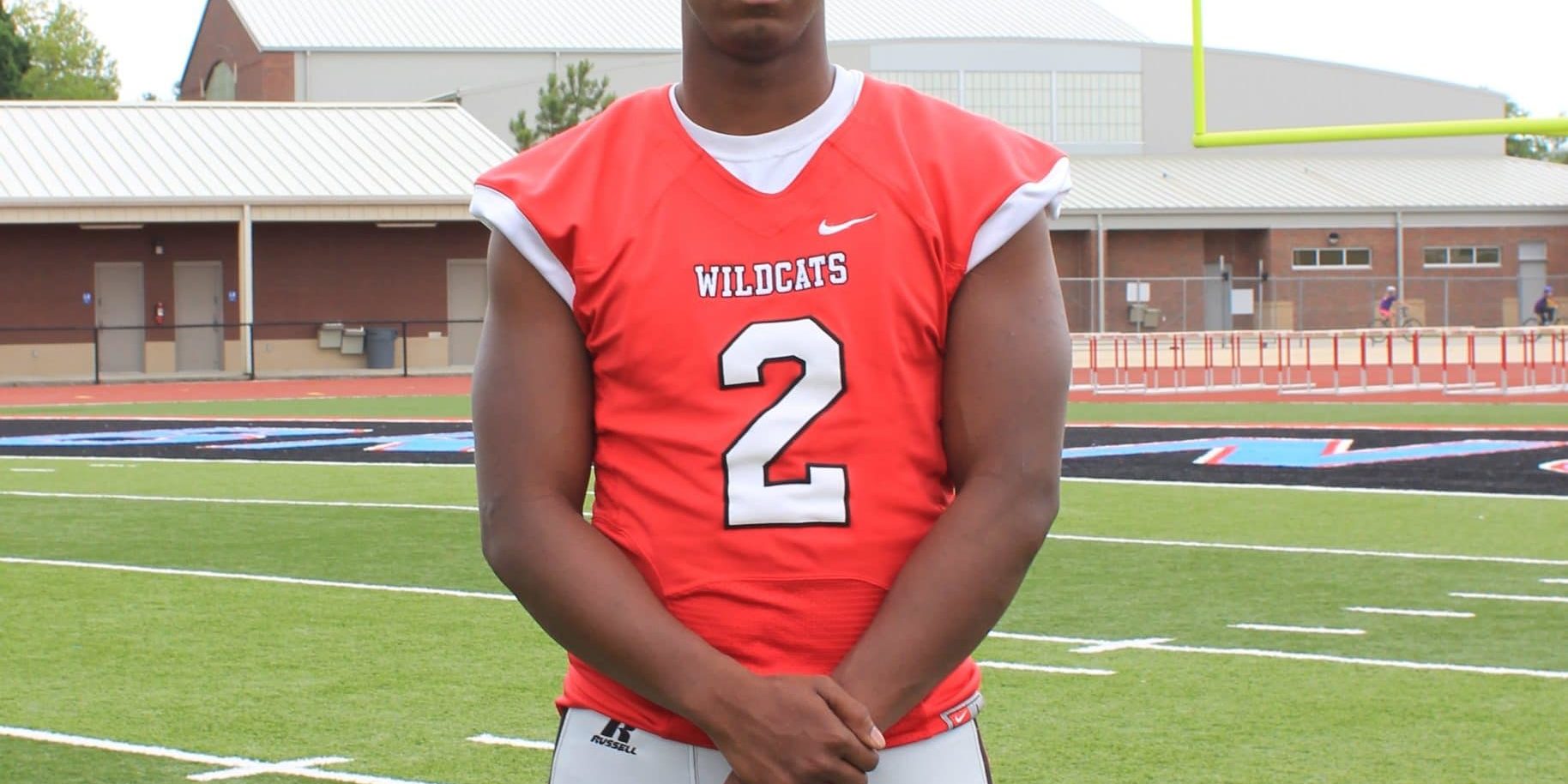 The Abbeville Wildcats sure had its highs and lows this season, but one of the highs was the play of Abbeville senior TE Allen Arclies. Arclies has been one of the best players to come out of the program over the last couple of years. He was selected on the All-District team twice as well as being named All-Parish twice. Over his prep career, he has had over 1,000 yards receiving and has been the team’s red zone target with 12 touchdowns. The 6’4, 235 senior tight end is not just an one dimensional big body that can line up wide and catch lob passes on one on coverage. Even though Arclies is known for what he can do as a receiver, he is also a really good blocker as well. What sets him apart from a lot of tight ends in the state is his unselfishness and willingness to get better at his craft. Arclies knows that he has skills as both a receiver and a tight end, but he does realize that he can always get better and that there is room for improvement. For Arclies’ team, they suffered their worst loss before the season started with the death of one of the best coaches in the state in Head Coach Gary Adkins due to throat cancer. However, the team did fight this year and gave it all their have even winning a couple of games. It was due to the leadership of new head coach Kevin Kern and players like Allen Arclies that were able to right the ship and win some games. Arclies’ athleticism, leadership, and skills as a tight end were all many reasons why he was named to our 2nd All-Louisiana team before the season started. Louisiana Football Magazine Editor/T.V. Host/Scout Lee Brecheen had a lot of good things to say about the big, athletic tight end from Abbeville High School.

“Allen Arclies is the most athletic senior tight end in the Lafayette area,” Brecheen said. “He is tall, fast, and his senior year might be the year in which he blossoms. Arclies has all the tools to be a great pass catching tight end and is only going to get bigger.”

Allen Arclies sure did blossom in his senior year, and that allowed him to get a chance to continue his football career at the collegiate level. Arclies has signed to play football with the Stephen F. Austin Lumberjacks. Not only Arclies has the talent to make an impact for the Lumberjacks, he is also the only player at his position to sign with the program. That shows how much confidence that Stephen F. Austin has in the up and coming star from Abbeville High School. We caught up with the Stephen F. Austin signee as he talked about his high school career, the impact Coach Adkins had on him as a person, the players that he models his game after, why he chose Stephen F. Austin, and so much more in today’s recruit spotlight!

LAFM: What are your stats and accomplishments while at Abbeville High School?

LAFM: You have signed with Stephen F. Austin to continue your football career. What is it about the Lumberjacks that has attracted you to play football there?

Well, I was doing some research on the school, and it is a wonderful, beautiful campus. They are building a football program that I want to be apart of.

LAFM: You were the big time offensive threat for the Abbeville. How do you get bigger in order for you to become a big threat receiving as well as blocking?

You can’t teach how tall I am, but I have worked really hard in the weight room. I was 185 pounds when I was a sophomore, and I grew to about 210 when I was a junior. I knew that I was not fast enough to play receiver so I got bigger and then moved to tight end.

LAFM: What is favorite part about playing tight end?

My favorite part about playing tight end is actually blocking people. I love to hit and block linebackers.

LAFM: What are your strengths as a tight end?

I would say being versatile in not only receiving but blocking as well.

I want to improve on everything. If I had to narrow it down, it would be my route running, catching, and blocking.

LAFM: Who are the college or NFL tight ends that you model your game after?

I watched some ULL tight ends over the last couple of years and modeled their play. I also model my game after Gerald Everett (former South Alabama Tight End who has entered the NFL Draft) and Kiki Hill (current Stephen F. Austin WR/TE).

LAFM: What is your pregame routine before each game?

Usually, I get ready with the team. I try to stay focus. After they do the prayer and the national anthem, I say a quick prayer myself. Then, I get ready to play the game.

I intend to major physical therapy.

LAFM: The season started off in the worst possible way that anybody can imagine with your leader and mentor Gary Adkins passing away before the season started. How much of an influence did Coach Adkins have on you not only as a football player but as a person?

For the team, we knew that G knew we were winners. He knew that we could go out there and get the job done. He helped us bring the program up. We went from winning one game to four in my junior year. In our senior year, we were going to try and go out there and improve on that. Sadly, that happened. He impacted me as a player a lot. He was tough on us, but we knew that it was out of love.

LAFM: How did the team deal with the tragedy and turn their focus at the season at hand?

We just followed our same schedule like Coach Adkins wanted us to do. Usually, we would talk about the opponent on Monday and to make sure that we keep our focus. Sometimes, teammates start to bicker. We would have to shut that down, stick together, go through our game plan,  and to go through the grind.

I lift weights as well as focus on my schoolwork.

LAFM: What was your favorite game at Abbeville and why?

The game that sticks out, to my mind, is my last game against Westgate because it would be my last game while playing for Abbeville. The game was very emotional for me before the game started, during the game, and after the game.

LAFM: What does it mean for you to play football at Abbeville in your own words?

It means a lot because I am big on pride. Not only do I want to make myself look good, but I also want to make my school and community look good as well. To be apart of Abbeville High is something for the books!

I have an uncle who has played at Abbeville High School. I also had two cousins, one named Jelani Smith (former Abbeville, Arkansas Razorback, and Louisiana Lafayette linebacker) and another named Ray Boudreaux (former Tulane running back).

LAFM: Before the season started, you made our All-Louisiana team as a tight end. What does it mean for you to be recognized as one of the best players, at your position, in the state?

It means a lot to know that all of my hard work is being paid off, and that I am on track in order to pursue a career at the next level!

LAFM: Who are some people that you like to thank for helping you be in the position that you are in today?

LAFM: Why should Lumberjack fans be excited about having you on their football team?

They should be excited to represent them because I am going to give everything that I got to Lumberjack football. I will be committed and will represent the sport really well for the university!