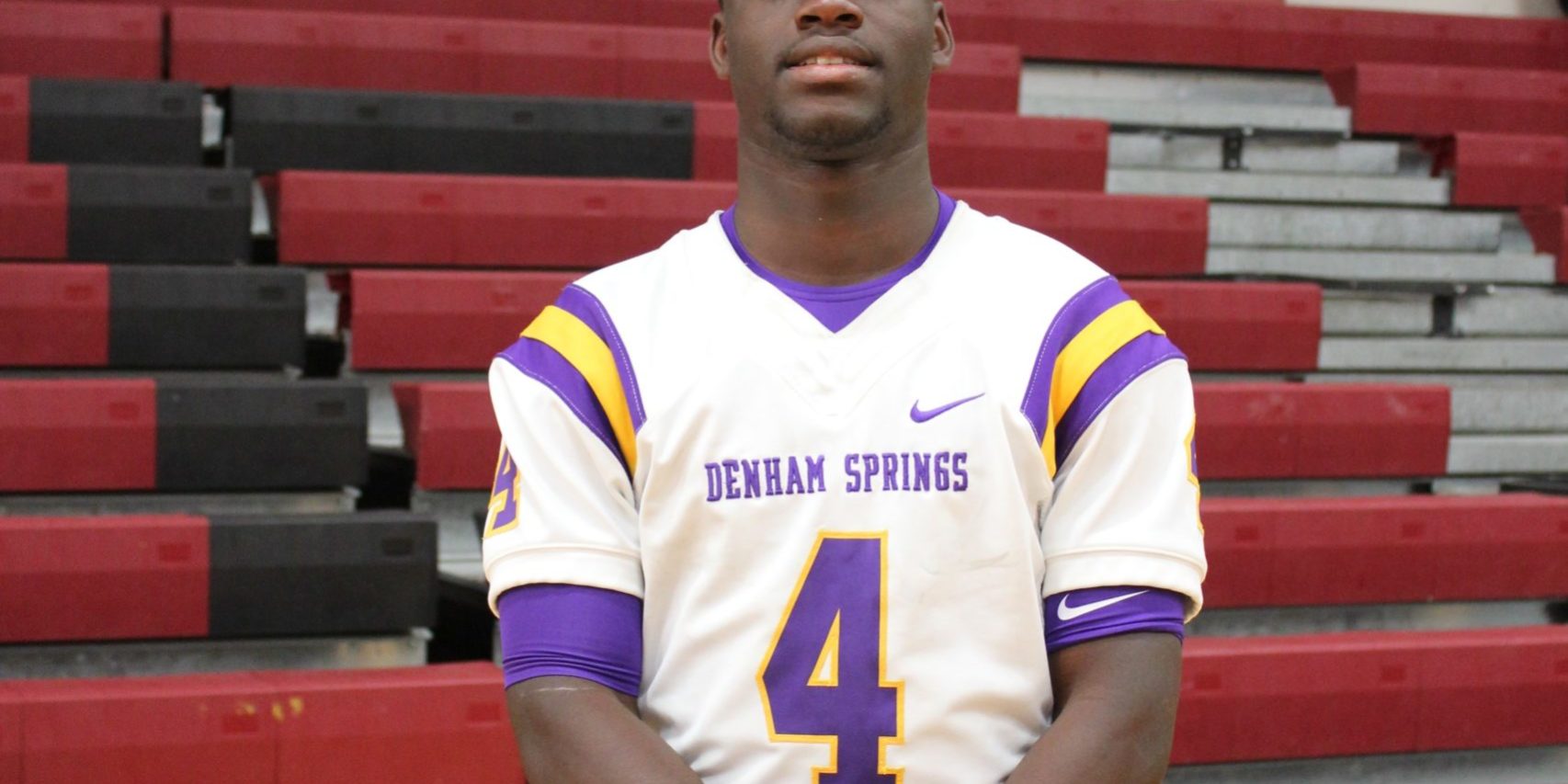 Sometimes, the biggest offensive weapons come in smaller packages. A perfect example of that analogy comes in the 5’7, 170 pound running back from Denham Springs. Tyre Golmond‘s size may look very unintimidating, but do not let that fool you as he plays a lot bigger than what his size really indicates. Heading into this season, Golmond is one of the best offensive playmakers in the entire Baton Rouge area. Every time he touches the football whether it would be running the football, receiving the football out of the backfield, or returning kickoffs, fans are definitely in for a treat. Even though he is undersized, he has gashed opposing defenses in big 5A football competition since he was a freshman. Not a lot of players have thrived for four seasons as a player and much less in the highest level possible in 5A, but Golmond has definitely done that with his vision when he hits the hole, his explosive speed, and his ability to cut on a dime. In his freshman season, he recorded an impressive 1,362 yards and 13 touchdowns. He has improved greatly over that total for the last couple of seasons becoming the Yellow Jacket’s number one offensive weapon. He makes a lot of defenders look silly with his quick moves in the open field and is a nightmare for anybody that has try to tackle him one on one. Not only is he quick but when he breaks in the open field, nobody is going to catch him as he has legitimate 4.40/40 speed. His explosiveness, versatility, and quickness has attracted teams like ULL, Southern Mississippi, Arizona State, and Memphis. Louisiana Football Magazine Editor/T.V. Host Lee Brecheen knows how exciting Golmond is to watch everytime he touches the football.

“Tyre Golmond is not a big player as he is maybe 5-7, 172, but he sure is powerful and very quick,” Brecheen said. “He does a little bit of everything and will keep Denham Springs in every football game this season.”

By the end of the season, expect more offers coming the exciting senior running back from Denham Springs’ way. Even with all of the success that the star Denham Springs running back has had over his career. Last season proved to be a nightmare as the school was affected greatly by the flood last season. As a result, the team only won three games and ended up losing their longtime Coach Dru Nettles after 13 years with the program. Now, with new facilities, one of the brightest offensive coaches in the state in Bill Conides as the new Yellow Jackets’ head coach, and number four in the backfield that will be used in a variety of ways, this could be a season to remember for Yellow Jacket fans. In today’s recruit spotlight, we caught up with the underrated running back as he talked about his size, a legendary local running back legend that he models his game after, thoughts on last season, his goals for this season, and so much more!

LAFM: You are not the biggest guy in the world, but you are very explosive and very quick. What do you have to say to the coaches that doubt you because of your size?

I just want coaches to know that it is about the size of your heart and not your body frame.

My strengths are my vision and my cuts.

I need to improve on my stamina.

The way I prepare myself is something that I have improved on greatly since my freshman year.

LAFM: Last season, it was a rough year for the Yellow Jackets as the school was severely affected by the flood, had only a three win season, and had to experience a coaching change. How tough was last season and what does the team need to do in order to get over the hump?

We have to put on our blinders on and just worry about ourselves. It was very tough but we will shake back from it and have an incredible season.

LAFM: You now have a new head coach in Bill Conides who helped tutor Myles Brennan who is now at LSU. What are your opinions on his offense and how will it make you a better football player?

I love his offense and love how versatile it is. I can line up in several different formations and can be used all around the offense.

LAFM: What team are you most excited to play against and why?

I would say my best game occurred in my sophomore year against Walker because I broke a school record for most yards in a game.

LAFM: You are a very entertaining football player to watch. Is there a running back that you model your game after? If so, who is it and why that particular player?

I really like Warrick Dunn (Catholic High/Florida State/Atlanta Falcons/Tampa Bay Bucs) because he didn’t let his size stop him from chasing his goals.

I like to hang out with friends and just work.

My goal is to break the career rushing yards record and win a district as well as a state championship.

LAFM:  What is your message to the Denham Springs team and fans this year?

I would say to just be patient with us because we are a sleeping giant.

I would like to thank my parents, my grandparents, and my support system.

I feel what makes me stand out the most is my speed and my vision.