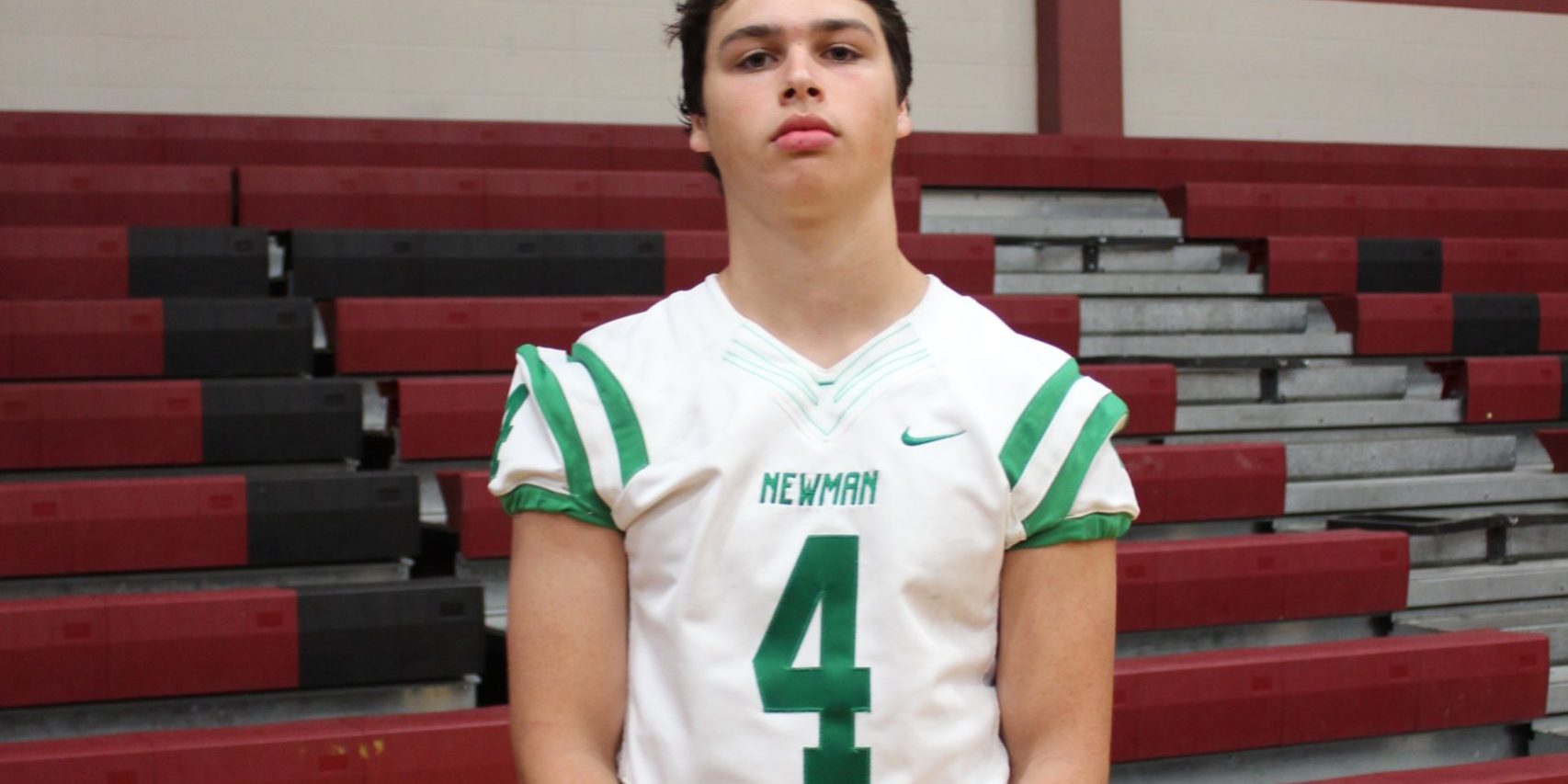 Isidore Newman High School has always been known as a factory in producing great high school quarterbacks that have gone to do great things at the next level whether it was Peyton Manning (Tennessee/Indianapolis Colts/Denver Broncos), Eli Manning (Ole Miss/New York Giants), and most recently Miles Lapeyre (Tulane), the Greenies know what it takes to play the quarterback position. The Greenies also produced some great wide receivers such as Odell Beckham (LSU/New York Giants), Elbert Thomas, and others. However, with a new starter at quarterback this season and a very talented senior running back, this year has been all about the running backs. James Poche is the starting running back at Isidore Newman High School for the second year in a row after rushing for almost 800 yards and 11 touchdowns. Poche was a key reason on why the Greenies were one of the best offenses in 2A. With senior Miles Lapeyre’s ability to make plays in the passing game and Poche’s ability to make plays in the running game, it proved that the offense was not one dimensional and that they could beat you in many ways. Now with Lapeyre gone this season, it is Poche’s turn to see what he can do as the Greenies’ offense will lean towards running the football a little bit more and why blame them as Poche is one of the best running backs in the New Orleans area according to Louisiana Football Magazine’s recruit expert Lee Brecheen, who put Poche on the cover of the South Louisiana Magazine.

Poche has proved this season that he is one of the most underrated running backs in the entire state and certainly in the New Orleans area with his production on the football field. So far this season, Poche has already ran for just as much as yards as he did last season with 700 yards and an impressive 17 touchdowns through the first seven games. Poche has really taken over the offense and can carry a team on his back. In Week One against McMain, Poche was responsible scoring all the team’s touchdowns with five in a 34-6 win. Those big time games from Poche have translated into wins for Newman as the team is still pursuing an undefeated regular season with a 7-0 record. He is also getting the job done off the field and in the classroom with a 32 ACT and a 3.6 GPA. Poche and his teammates will try and keep the winning streak going against South Plaquemines on Friday. As of right now, the Newman running back has had no offers from any colleges but has been in contact with many big Ivy League schools that are contacting him to continue his football career. In today’s recruit spotlight, the senior Newman star player talked about last season, the great start to this season, being on the cover of our South Louisiana Magazine, the schools that he has received interests from, and so much more!

It is hard to choose but probably Stanford.

LAFM: Have any schools given you any offers or have you received any offers?

No, but schools have expressed interest like Air Force and some Ivy League schools.

I believe some of my biggest strengths to my game are my physicality and explosiveness.

I am always looking to improve my game and lately, I have been working on my balance and footwork.

LAFM: What is your intended major when you get to college?

LAFM: With star senior QB Miles Lapeyre gone, it seems that you are the bell cow in this offense. Did Miles give you any advice on how to lead this football team ?

Miles is one of my best friends and taught me so many valuable things that have helped me on and off the field. One piece of advice that he always said and something I always try to preach to my teammates is that if you just buy in to the team and its success whole heartedly and let individual accomplishments and recruiting fall where it does, good things will happen.

LAFM: Last season, the team won six games and won a very exciting playoff game. What are your overall thoughts on how last season ended as well as the whole season in general?

Last season was a season full of adversity and helped mold the team and I into the player I am now. I ended the season missing the last two games because of a back injury which only motivated me even more to give it everything I have this season.

LAFM: What were your exact stats last season and what are your biggest accomplishments on the football field that you are most proud of?

My stats last season were 789 yards and 11 touchdowns. I am most proud of beating Riverside this year because it was something that I have been looking to do ever since the first time I played them my sophomore year.

I would have to say that I have always followed Leonard Fournette (LSU/Jacksonville Jaguars) and loved his style of play.

LAFM: You ran for five touchdowns in Week One. Did you ever thought that you were going to have that kind of game coming in?

I can’t say I expected it, but I definitely was not surprised with the work I put in over the summer and the way my line played.

When the season is over, I like working towards my second love, which is track.

LAFM” What are your goals for the rest of the season?

My goal is to win the state championship.

LAFM: This year, the team has already won more games than the team did the whole last year and the team is 7-0. What do you think is the main reason for the impressive start in the first seven games of the year?

Really it is just the culmination of a great group of seniors, a motivated and positive coaching staff, our defense and offensive line play, a great QB in Martin Butcher, one hell of a strength and conditioning coach in Nick Brattain, and full buy in from the team.

Obviously, I want to thank my parents for supporting me in everything I do, but also my coaches, teammates, and friends.

LAFM: You were on the cover of our South Louisiana Magazine. What does it mean for you to be recognized as one of the best players at your position?

It is really an honor, and I have to thank all the people in my life that helped get me to this position.

LAFM: What do you think makes you stand out the most as a football player?

I think my work ethic and attention to detail is unique to my game.