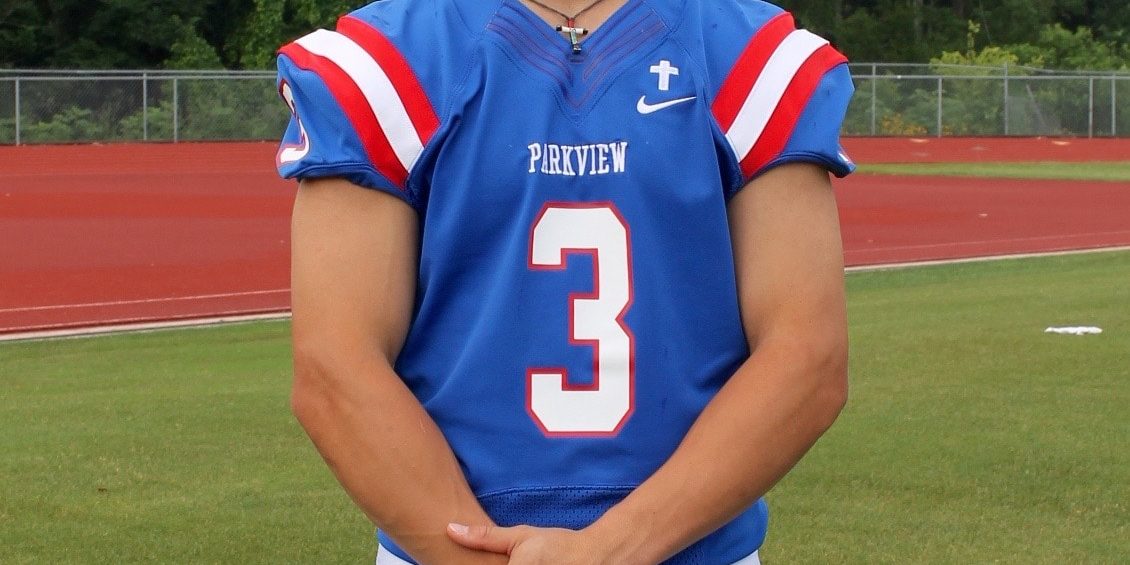 We are heading towards a brand new season that will feature some of the best players, coaches, and teams not only in Louisiana, but in the entire country. Starting today, we will profile some of the highly recruited players along with some of the most underrated players in the state. The first senior that we cover for the 2017-2018 season is one of the very best players in South Louisiana in Parkview Baptist RB Connor Joffrion. Joffrion has to be one of the most underrated players in the state if not the most underrated. This is a program that has been historically rich in great running backs and Joffrion is just the next guy on the list for the Eagles. Not a lot of programs have offered Joffrion but he is truly a special running back and is very underappreciated in regards to his talent. Last season, he was the heart and soul of the offense along with fellow star player Trent Kavanaugh. They were both huge reasons why the Eagles were able to go to the state championship last season. However, Kavanaugh has now graduated from the program and has taken his talents to Georgetown. Now, Joffrion is the number one guy in the backfield and should thrive. Joffrion really broke through last season accounting for almost 2,000 yards and 24 touchdowns.  He has not gotten a lot of recognition for his talents, but he has been recognized by us as making the All-South LA team as a running back along with being on the cover of our first ever South Louisiana edition of Louisiana Football Magazine. What makes Joffrion special is that he is a player that not only gives it all on the football field and is very tough to bring down, but he had DI talent to go along with those other qualities. Louisiana Football Magazine Lee Brecheen has seen this talented Parkview senior running back play and has been very impressed with what he can do. Brecheen even compares him to a former LSU running back that was also a tough nosed runner and was very under-recruited coming out of high school.

“Connor Joffrion reminds me of a young Jacob Hester because of his toughness, quickness, and power,” Brecheen said. “He is not a guy that is ranked on these websites, but it really does not matter because he is a football player that can play at a high level for a big DI school.”

That is a lot of high praise for a running back, but for anybody that has seen Joffrion play in person, they would definitely believe that claim. Connor Joffrion has received some offers from some schools, but might be receiving some more by season’s end. We caught up with the star Parkview Baptist running back to talk about his accomplishments, his offers, last season, his goals for this season, and so much more in our first recruit spotlight of the football season! 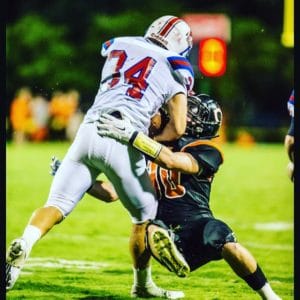 At 5-10, 185, Parkview Baptist RB Connor Joffrion possesses a lot of power and usually takes multiple defenders to take him down. (Photo courtesy of Rempics)

LAFM: What are some of the schools that have offered you so far?

I have one offer from ULL and one from Air Force, but have received interest from Nicholls State, LSU, Tulane, and Ball State.

It is an outstanding achievement that I am so thankful for the Lord giving me the opportunity to be included in and be recognized as one of the best football players in the state.

I have had 144 attempts for 930 yards with a 6.4 yards per carry average and 21 touchdowns. I also had a receiving touchdown, a kick return for touchdown, a punt return for a touchdown, three two point conversions, and 150 total points.

My biggest strengths would probably be running downhill, good vision running through traffic, and my speed.

I would say I need to improve on my lateral movement.

LAFM: Last couple of years, Parkview Baptist has been known for their running backs and last season was no exception. You and Trent Kavanaugh were a really good one two punch, but now Trent is gone and you are the number one guy right now. Do you feel that you are going to have to carry a bigger load for the team in order to be successful on offense?

Trent told me that he left the running back position for me to lead and to pick up exactly where Trent and I left off last year.

LAFM: Last year, the Eagles were going to try and get their second straight state championship. In order to do that, the team had to beat St. Thomas More again. You had yourself a really good game having over 160 all-purpose yards and a couple of touchdowns, but it still was not enough to win the game. Even with a really good performance, do you reflect on the good game that you had or do you reflect on all the other things that you could have done even after a loss?

If I can look back on a game and look myself in the mirror and tell myself that I gave the best I could possibly give, then, I am satisfied because that is the only thing that I have control of. Winning and losing is just apart of the game. It’s all about the process of getting to where you want to be that makes it all worth it no matter if you win or lose, but we always play to win.

LAFM: It was a crazy season for the Eagles last season. The team started with a 1-3 record but went on to win five of the next six regular season games and made a great playoff run that led to the Division II state championship game before losing to St. Thomas More. What are your thoughts on last season as a whole?

I thought last season was outstanding because of how much we grew as a team from the beginning to the the end. We had an amazing run for the limited amount of depth we had at each position and with people playing on both sides of the football. I think that team was the most resilient team that I’ve ever seen. This is what I want this team to be like this year, and it will be.

LAFM: This season, the team moved up to 4A and will play in a district with powerhouse programs like Lutcher and Plaquemine, but the team arguably had the toughest schedule in the entire state last season. Did playing that type of grueling schedule and having the success that the team has had give y’all confidence moving up to 4A?

Yes. I think it did give us confidence, but Coach Mayet has always taught us that it does not matter who we play, it’s how we play whether it be a 2A district or a 4A district.

LAFM: What team are you most excited to play against and why?

My best game last year was no doubt in my mind the state championship. I feel this way because I knew I had to give every ounce I had in me because I wanted to do everything I could for my team to have the best chance of success on the scoring side of the ball. It was the last time I would ever get to play with this group of guys and I put everything on the line in the Dome.

LAFM: Who is the running back that you model your game after and why?

I would say I model my game after Derrius Guice (Catholic High/LSU) because of his style of running. He runs angry and does not go down without a fight for every single yard.

My hobbies are duck hunting and fishing.

My goal, for this season, is to not leave anything on the field after every single game, and I know that the touchdowns and the rushing yards will take care of themselves.

LAFM: LAFM: What is your message to the Parkview Baptist team and fans this year??

My message would be that they will be in for a heck of a ride this season and that our hard work is definitely going to payoff because we work harder than any team in the state.

First and foremost, I want to thank the Lord for the ability he has given me and the opportunity to play football. I would like to thank all of my  family that has helped to motivate me through every season and especially Coach Mayet for teaching me all the valuable lessons that come with playing football along with the whole coaching staff.

LAFM: What makes you stand out the most from all the other running backs this season?

I think what makes me stand out is how hard I run and how I fight for every inch no matter how big or small the defender is in front of me until the last second of every game. I will give 100% effort every time.