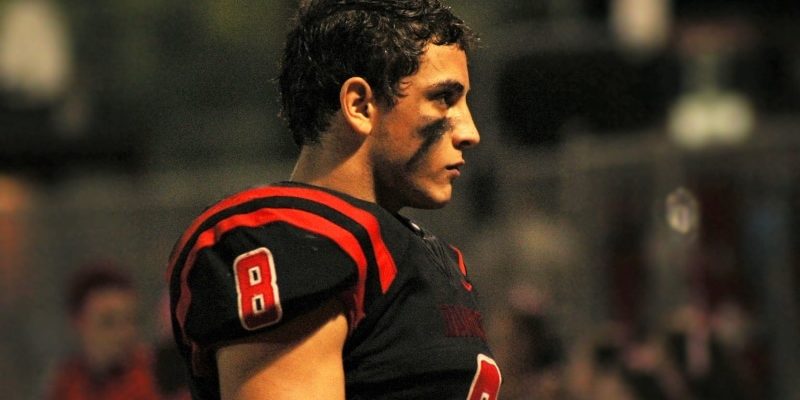 There is a famous saying that the best things come in small packages. That is the case for Fontainebleau senior RB Brandon Akkawi. The Bulldog running back is listed at only 5’5, 165, but he has put up some big numbers over his career while at Fontainebleau. He has even accomplished a lot of things that D-I running back recruits have not accomplished when they were in high school. Over his high school career, he was named 1st Team All-District twice, All-State, over 3,000 all-purpose yards in his career, and is the all-time leading rusher in Fontainebleau football program history. What is most impressive about Akkawi’s numbers is that he accomplished these individual achievements in only two years as a starter. In Week 6 of this past season, he was named as our offensive honorable mention of the week in the state. Akkawi took over the game accounting for 331 yards and four touchdowns. What made Akkawi special as a running back was his versatility. Even though Akkawi was not the biggest running back, he was not afraid to run in between the tackles. He was a guy that can beat you in any way possible whether it will be as a running back, a receiver, or a returner. Louisiana Football Magazine Editor/Scout/T.V. Host Lee Brecheen enjoyed seeing the exciting and versatile running back not only as a scout, but as a fan of the game.

“Brandon Akkawi was one of the most exciting players to watch in the Northshore area,” Brecheen said. “Akkawi can run with the football, but it was his quickness that made him so exciting to watch.”

Unfortunately, Akkawi’s football career is coming to an end as he will not be playing football at the next level. However, there was no denying how exciting and fun he was to watch for anybody that got to saw him play. We caught up with the senior Fontainebleau running back as he talked about his high school career, his thoughts on his senior season, the running back that he modeled his game after, and so much more in today’s recruit spotlight!

Fontainebleau senior RB Brandon Akkawi explodes his way into the endzone scoring one of many touchdowns over his high school career. (Photo courtesy of Jailyn Woods)

LAFM: What is your max bench press, max squat,  and 40 yard time?

LAFM: What are your stats and accomplishments while at Fontainebleau?

I was named two time All-District and All-State Honorable Mention. I also had over 3,000 all-purpose yards in two years of starting as well as having the school rushing record.

My biggest strengths would have been my size because it would be hard for the defense to see me and tackle me.

LAFM: What were some of the things that you were always tried to improve on when you were a player?

LAFM: Who was the college or NFL player that you modeled your game after?

Christian McCaffrey (former Stanford RB who is currently a NFL draft prospect) and Derrius Guice (former Catholic (B.R.) RB currently with the LSU Tigers) are the two players that I modeled my game after.

LAFM: You had a lot of big time games over your career. What is the game that sticks out to your mind the most?

Covington and Lakeshore, during my senior year, are the games that stick out in my mind.

LAFM: Are you ending your football career at Fontainebleau or are you still trying to pursue a playing career in college?

I believe my time on the football field is over.

LAFM: Would you play at the next level if somebody gave you the opportunity?

I’ve had many opportunities, and now, I just want my free time.

LAFM: You put up some really good numbers over your career, but even you could admit that you couldn’t have done it by yourself. Who are some of the teammates that you like to thank for helping you achieve those accomplishments?

LAFM: Let’s talk about the season. The Bulldogs had an up and down season going 5-6. What were your overall thoughts on your senior season?

We could have done a lot better.

Take advantage of every second on Friday nights.

Work out and hang out with friends!

No. I’m the first person to play football in both my dad and mom’s side of the family.

LAFM: What does it mean for you to attend and play football at Fontainebleau?

It means a great deal. Many phenomenal athletes have come through the school.

I am going to miss playing under the lights in front of family and friends.

I want to thank my father and Coach Hutch for always pushing me and never staying satisfied.

LAFM: What made you a special or unique football player?

What made me special was my ability to dominate on the football field with my size.