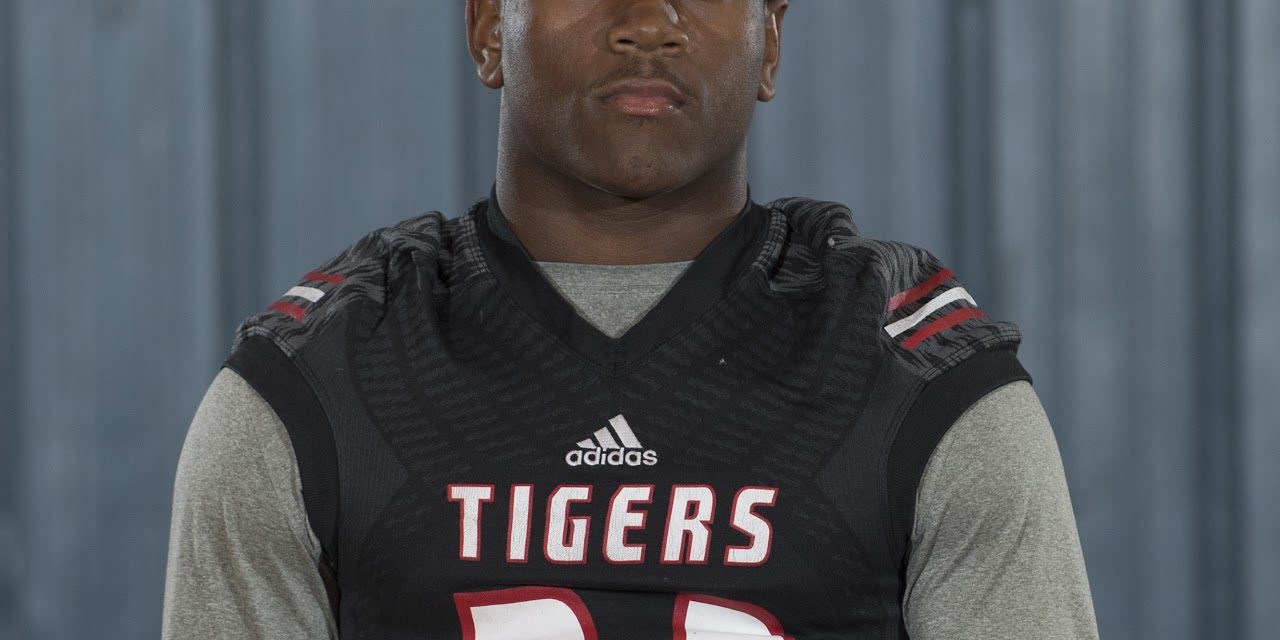 There are a lot of fans that will say that this year’s senior class does not have any high profile players at the running back position. Well, those guys have not seen Many senior RB AJ Carter play. At 6-0, 220, Carter has the size to be an every down running back. At that size, it is easy to be very physical, but what sets Carter apart from most big, physical running backs is that he has great field vision and open field speed for a big guy. He has the whole package and can make plays in the receiving game as well. Last season, Carter really broke on the radar as a junior accounting for over 2,500 yards of offense and 41 touchdowns, but Carter has been making plays ever since he was a freshman where he played a key role for the Tigers in their state championship run in 2014. By the time that Carter graduates at the end of this season, he will go down as one of the greatest players in program history. Louisiana Football Magazine’s recruit expert Lee Brecheen has high regards when scouting Carter as he was picked to be on the cover of our North Louisiana magazine as well as making our All-North LA team.

“Anytime that you are 6-0, 220 pounds and can run a 4.5/40, you have to take notice,” Brecheen said. “The scariest part about AJ Carter is that he still hasn’t even hit his upside yet, which is really scary for everybody.”

For AJ Carter, it has been a wild summer as the All-State running back chose to commit to the UCLA Bruins initially and then after a while, he decided to decommit from UCLA and then, commit to LSU. Running back is a huge position of need for the Tigers for next season and the commitment by Carter was huge for the Bayou Bengals, but it turned out to only last nine days as he decommitted from LSU and then recommitted back to UCLA. It’s a lot to keep track of, but the important thing is that Carter has found a program that has shown a lot of interests in him. If the commitment stands, the Bruins will have a very good player for years to come. In today’s recruit spotlight, we caught up with the UCLA commit as he talked about his commitment, being on the cover of the North Louisiana magazine, his huge season last year, and so much more!

LAFM: You were committed to play at LSU, but not long after that, you decided to decommit and re-commit to the UCLA Bruins. What played in the decision to change your commitment?

I just felt like UCLA celebrated me a little bit more. Before I did decommit, Coach Juluke told me to go wherever they would celebrate me the most as a player and I felt like UCLA did just that. I also have a great relationship with Coach Foster and Coach Mora.

LAFM: You are on the cover of our South Louisiana edition of the magazine and made our All-North LA team as a RB. What does it mean for you to be recognized as one of the best players in the state heading into your senior season?

It is a honor and it feels so good. It will only motivate me even more.

I feel like I do a great job of focusing on my weaknesses and what I need to improve on, but I would say that I have really good speed, strength, and field vision.

I am still working on my jumpcut as well as my side to side football agility before going to UCLA.

LAFM: Last year, the team had a great season going 13-1 and losing to the eventual 2A state champions Sterlington in a classic three overtime game. How disappointing was it to play so good and to come up just short of reaching the Superdome?

It was a really good game. It basically came down to who made the most plays and they did.

LAFM: You ran for over 2,000 yards and a ridiculous 41 touchdowns last year. Did you ever thought that you would put those numbers up at the beginning of the season?

I was not too surprised because I told Coach Jess Curtis that I was going to run for over 2,000 yards and make All-State before the season started. That is exactly what happened.

LAFM: How has the semifinal loss helped fuel this team this season?

It makes every player invested in each other and will certainly help us down the road.

LAFM: This season, it has been an up and down first half of the season with a 3-2 record. How would you grade the team’s performance at this point in the season and what does the team need to do better at?

We are young on defense and we just beat ourselves. We had teams beat, but we couldn’t beat them in four quarters and finish those games.

LAFM: Who are some college or NFL running backs that you model your game after and why?

I model my game after Adrian Peterson (Oklahoma/Minnesota Vikings/New Orleans Saints) and Derrick Henry (Alabama/Tennessee Titans). They are two hard running  players that are tough to tackle and just play through injuries. They play in the moment.

I would say my best game so far came in my freshman year in the semifinals against Northeast and I was really a basketball player at the time. I kept on begging my coach to put me in the game and he finally did put me in the game. I got the handoff and ran for a 50 yard touchdown which helped put the game out of reach and put us in the state championship game.

My hobbies are just hanging out with my buddies as well as going fishing.

My goal this year is to break my records from last year, become player of the year, and win state again.

I haven’t played that guy yet.

I want to thank God and Coach Curtis for helping me be in the position that I am in today.

LAFM: What is your message to the Many team for the rest of the year?

I can tell them to just give everything that you have and to just play every Friday like it’s your last.