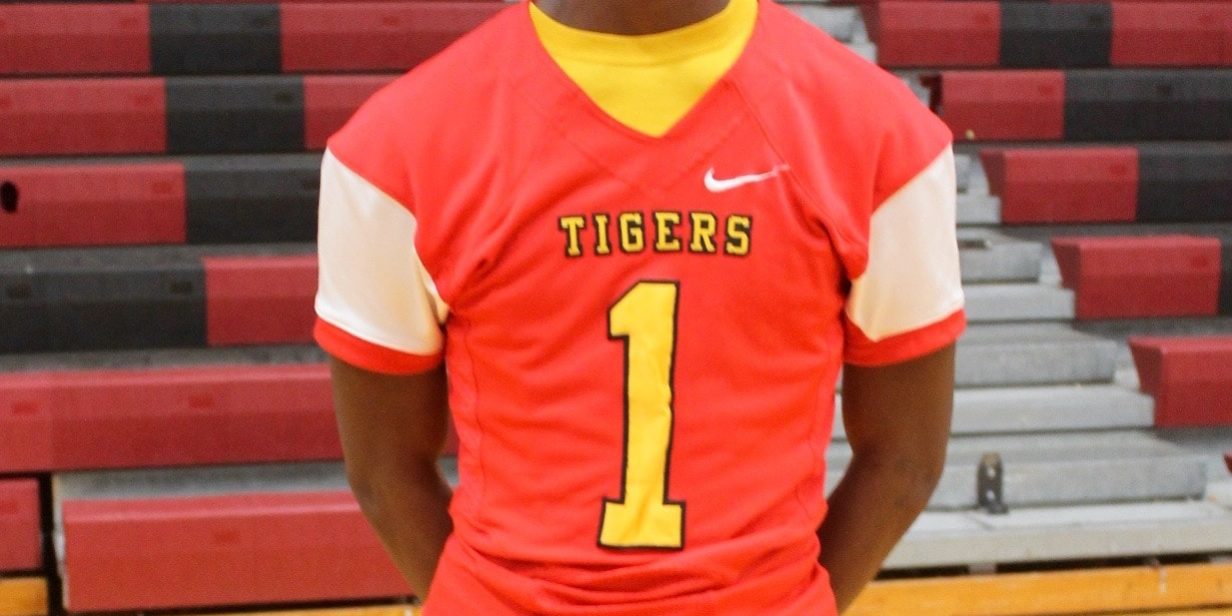 Usually, when a player plays for a team that consistently loses each and every week for the last three years, it is most likely that the player or players would complain and point fingers at others, but not Lyndell Joseph, who is the star quarterback for the Tigers and has not complained or even thought about leaving the program when things were obviously not going the program’s way. After two straight winless seasons and a 1-9 season last year, it sure was dark times for the Tigers, but now, there is light at the end of the tunnel for Joseph and the rest of the Tiger team with a familiar face leading the program in Ron LeJeune, who guided the Tigers to one of their best seasons ever in 1999 when the team finished at 6-4. This season, it seems that LeJeune is already showing signs of a complete turnaround with more wins this year than the last three years combined with a 3-4 record. With LeJeune’s  leadership as well as a great coaching staff around him which includes multi championship winning assistant coach Gary Burnett, the Tigers have shown huge improvement. However, it is the players that really have to do the work on the field in order to win and senior QB Lyndell Joseph has been a key reason on the turnaround. Not only is Joseph a great athlete at quarterback, but he is a great leader as he leads by example, a great student off the field, and just a great person to have in any football program. Louisiana Football Magazine’s recruit expert Lee Brecheen believes that Joseph is a very underrated player and could play for some college at the next level.

“Lyndell Joseph is a very smart kid and a great athlete,” Brecheen said. “He is the team’s quarterback, but he has played multiple positions over his career including cornerback. He has 4.6/40 speed and could definitely play for the right D-II or D-III college.”

Joseph is not the only family member involved as his dad Lester Joseph Sr. is one of the coaches on the staff and his brother Lester Joseph Jr. is the starting center. The Joseph family have played a big part in the turnaround as much as anybody and their commitment to this program is something that is truly special. In today’s recruit spotlight, we caught up with the senior East Iberville star athlete as he talked about the resurgence of the program, the schools he wants to play for, his goals for the rest of the seasons, his thoughts on the new coaching staff, and so much more!

LAFM: Have you received any offers to play football from any schools?

My dream school to play for is Southern University.

The biggest strengths to my game are my explosiveness, elusiveness, and football IQ.

I need to improve my strength.

My intended major is Sports Medicine.

It’s great being that we can both see things through almost the same light and adjust to things in our own special way.

LAFM:  It has been a rough couple of seasons as I believe the team won only one game over the last three years, but the team has already eclipsed that total in one year with three wins this season. What do you think has been the main reason for the big turnaround this season?

The main turnaround on this team was Coach LeJeune bringing the pride back to the program and giving us the courage to believe that we can be something special.

LAFM: I know your dad has been a part of the coaching staff, but how big was it to get veteran coaches such as Ron LeJeune and Gary Burnett to help turn this program around and what has been Coach LeJeune’s message to the team?

Having veteran coaches helps a lot being that most of the team is inexperienced and lacks football knowledge. Coach’s overall message has been having faith and that no matter what stick together to form a family like bond.

LAFM:  Who is a college or NFL player that you model your game after?

I try to model my game after Lamar Jackson (Louisville) so that I can give my team a dual threat and also open up other players by drawing attention. Defensively, I model my game after Janoris Jenkins (Florida/New York Giants) because I love his competitiveness.

The best game of my high school career defensively was Houma Christian. I was able to shut down a four star prospect and limit him to 3 catches and 37 yards. Offensively, my best game was Grand Lake in my 10th grade year. I was able to accumulate 117 rushing yards and 205 passing.

I like to play basketball and run track. After those two things, I train with a renowned coach named Jackie Calendar to improve my speed, strength, and coordination.

My goals for the rest of the season are to host a playoff game and make it at least three rounds in the playoffs.

The team’s attitude has been to go out and like always no matter what play hard and together as for the following weeks we have to play like there is no season if we lose.

I need to thank my father and mother along with Jackie Calendar, Ron LeJeune,  and also former coach Dameion Mills.

LAFM: As a senior leader for this football team, what is your message to the East Iberville fans and the community that have been waiting a long time for some success?

My message to them is that week in and week out, we put in effort to make them a proud community and we will do that by achieving our goals.

LAFM:  What do you feel makes you stand out the most as a football player and why should a college coach recruit you to come into their program?

What makes me stand out most as a football player is the Football IQ and athletic ability along with the willingness to give everything in the tank and leave it in between the lines.