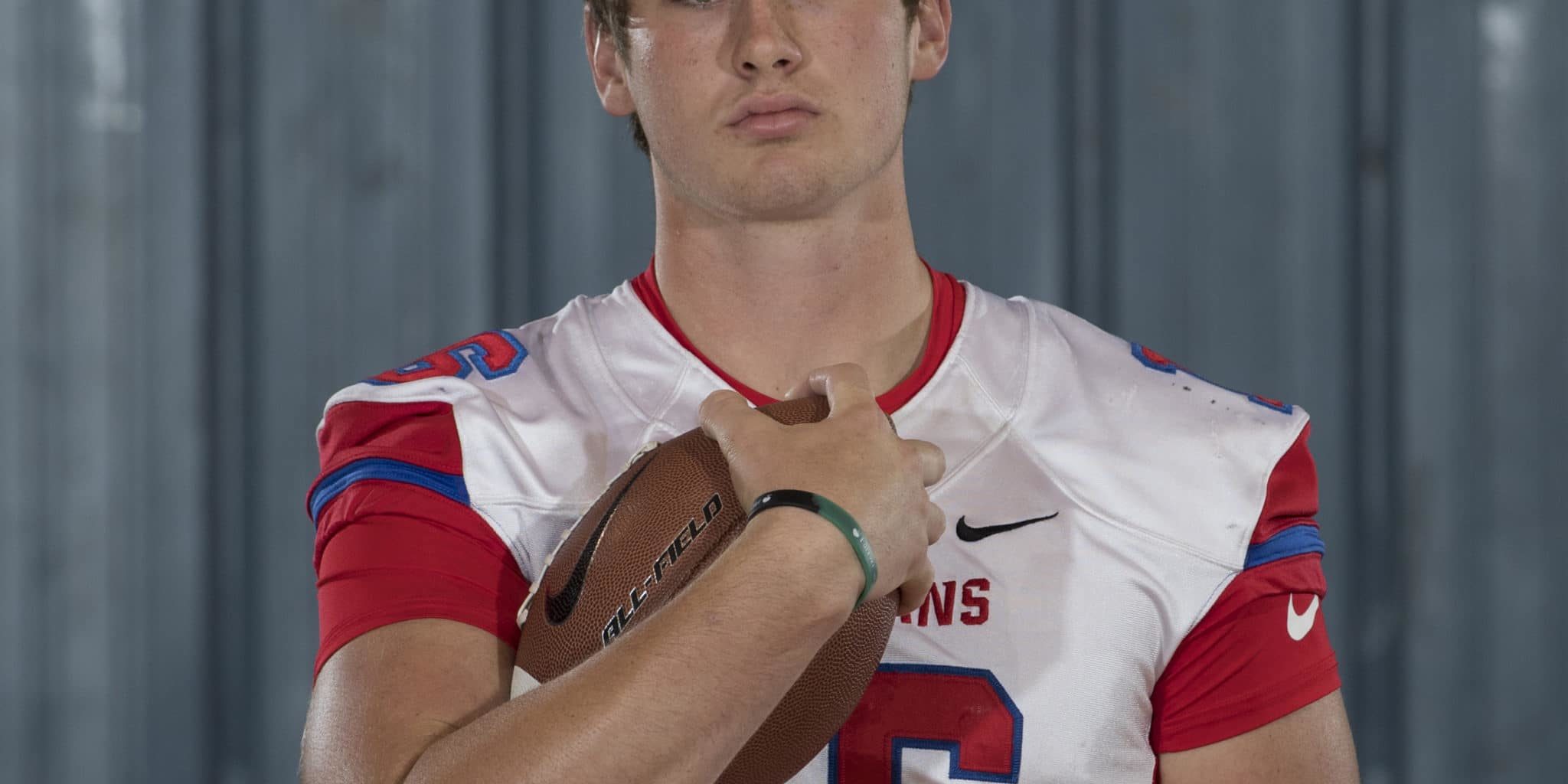 Following Caldwell Parish’s football season last year, one can say there is a lot of space for improvement. Senior quarterback JD Abrams plays a key part in leading the Spartans to enhance those missing elements that will get them more wins this year. Not only does Abrams have the size to be a football player at 6’3, 215 lbs.; he also has really good arm strength throwing for over 1,000 yards while also making 1st Team All-District as a quarterback. Abrams is also very capable of using his athleticism to run the ball as he did average over 26 yards per carry last season. His athleticism is also shown by playing for the Caldwell Parish varsity baseball team for the Spartans in 2016. Abrams has been featured on the cover of the 1st North edition of Louisiana Football Magazine because of his physical tools and his high upside. We can’t wait to see how Abrams will lead the Spartans to a successful season this year. Louisiana Football Magazine Editor/T.V. Host Lee Brecheen had this to say about the second year starter for the Spartans.

“JD Abrams is a pure drop back passer with a cannon arm,” Brecheen said. “He is built like a linebacker and is a prospect that is really coming on as of late.”

JD Abrams is another example of a quarterback that is physically talented but trying to figure things out after starting one season just like Pineville’s QB Cameron Bates, who is trying to do the same thing. In today’s recruit spotlight, we caught up with the Caldwell Parish senior quarterback as he talked about his first year as a starter, his goals for this season, what makes him standout as a quarterback, and so much more!

LAFM: What are the biggest strengths to your game or what do you think makes you stand out as a quarterback?

My ability to see the field and read defenses, my arm strength, footwork, accuracy, and time management skills are all my biggest strengths.

LAFM: What is your favorite play as a QB?

Play action pass plays that involve smash reads are my favorite plays as a QB.

LAFM: What have been some of your best accomplishments while at Caldwell High School?

I am a young man with huge dreams and aspirations with a life built around faith, love, and self-discipline.

LAFM: What are your thoughts on how the end of the season turned out as well as the season as a whole?

Last season began with a young and inexperienced group of guys around me. Our numbers have not matched our abilities, but now with 17 returning seniors and starters, a new team, and with my help will even the score.

My career has never been based on games, but on plays and moments.  But if I had to choose, I most enjoyed the victory against LaSalle High School my junior year.

The TCU commit from Union High school (Nijeel Meeking) was the most athletic and talented quarterback I’ve played because of his play making ability.

LAFM: You were part of Coach Duplissey’s 2nd  year as a coach for the Spartans. What are some things that you have picked up from Coach Duplissey so far that has helped you improve at your game?

Mainly what I’ve learned from coach is how to be a good teammate in good and bad times, which has made me a better leader on the field.

LAFM: What do you think are some things you, and the team need to focus on for the upcoming away game against Jonesboro-Hodge? (Friday, August 25 at 6:00 pm)

I think we need to focus on execution of each and every play, controlling the ball on offense, and holding good field position on defense.

LAFM: Would you want to pursue your football career in college and if so, where would you see yourself doing so?

Yes it has been my dream to play college football and more. I would love to play for any big DI school in the U.S. preferably SEC.

I would thank my grandfather, my dad, and uncles. They coached me when I was young and gave me a love for football. They helped brought me here today.

LAFM: What is your advice for next year’s Caldwell’s football team after this season is over?

My advice for next year’s team is to leave a legacy of greatness. I would tell next year’s seniors to pick up where I and my fellow seniors left off and leave their team and school better then when they received it.