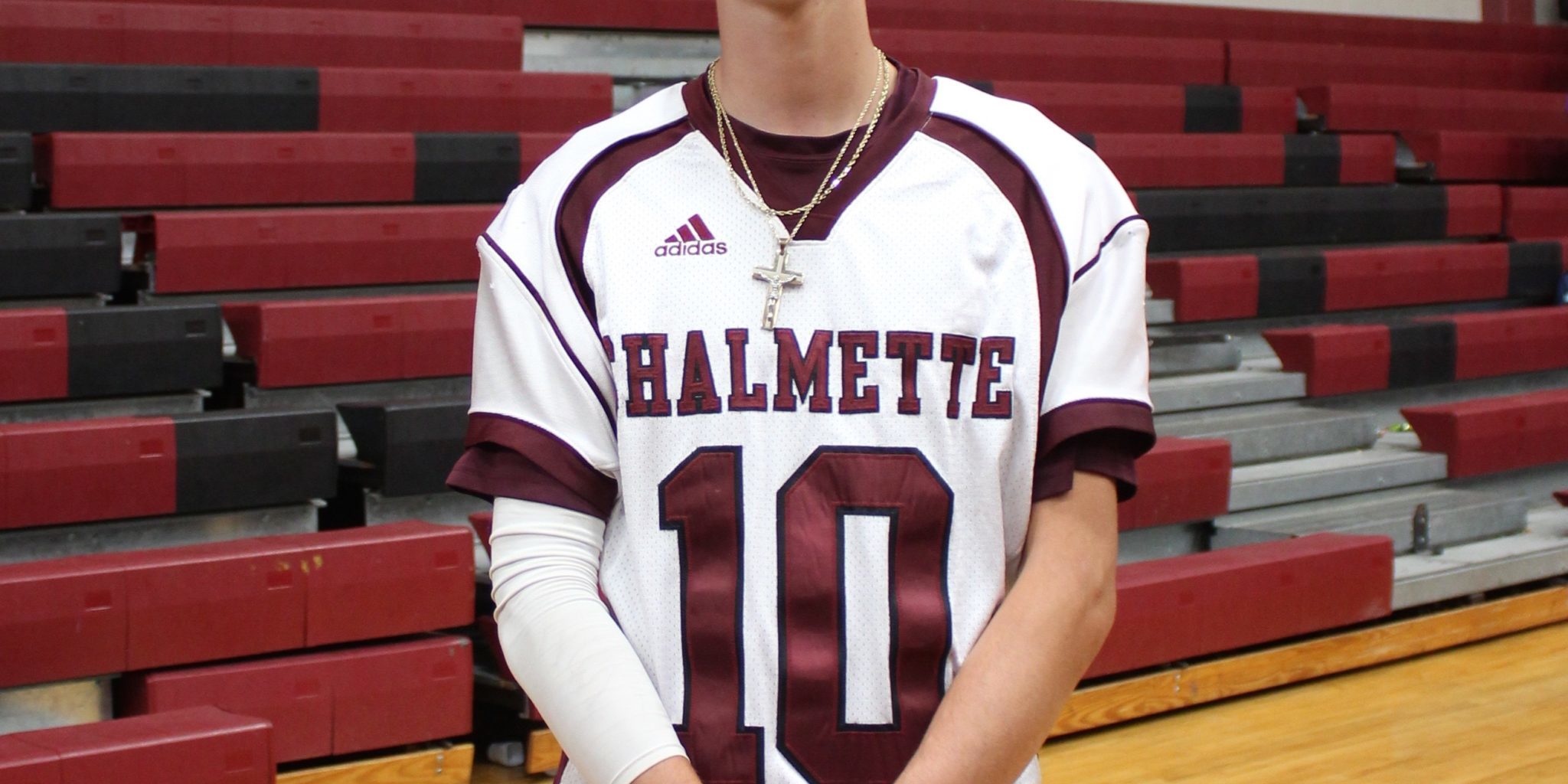 Over the next three seasons, Roper would go on to break multiple school records including most career passing yards, single season passing yards, single season touchdown passes, most touchdown passes in a game, most passing yards in a game, and the longest run from a quarterback in program history. Even though Roper’s name is mentioned a lot in the Chalmette record book, the senior quarterback is quick to credit his teammates for helping him throughout his career and especially in his senior season in which he broke most of those records.

“You know that you cannot do anything without the offensive line,” Roper said. “Especially with the Wing T offense, it is very important for the offensive line to do their job and they have done their job all year. The running game really opened up the passing game as we have four top notch running backs that could start at any high school in the state. My receiver Gabe Ernest just started playing football two years ago and he worked his butt off with me for the last two summers. We worked hard together and as a result, we put on a show this year.”

Roper and the rest of his offensive teammates sure did put up a show this season. For the third straight season, the Owls posted a 7-4 season, but it was not without any offensive excitement as the explosive offense scored over 30 points five times during the season including another school record 67 points in one game against Grace King. Even though the season ended in the very first round of the Class 5A playoffs, Roper’s senior season was worth every minute of it.

“This season made me realize to not take anything for granted,” Roper said. “Do not have any regrets. That is what I teach the younger guys to enjoy every part about the experience and to leave it all out there because you will miss it when it ends.”

For Roper, his football career might still go on as he has been contacted and offered by some colleges to play at the next level.

“So far, I have been offered by some D-II and D-III schools like Millsaps College and Louisiana College,” Roper said. “I am also talking to Nicholls State right now as well. Right now, I am just seeing what my options are whether it be any offers or a preferred walk on opportunity.”

Louisiana Football Magazine’s recruit expert Lee Brecheen believes that the record setting Chalmette quarterback could be one of the biggest sleepers at his position for this season.

“Jason Roper is a very underappreciated as a quarterback,” Brecheen said. “He has a cannon arm as well as 4.5/40 speed.”

Roper may not be the biggest guy in the world at 6-1, 155, but he is one of the most exciting quarterbacks to watch in the state. Whether it is making plays scrambling in the pocket, tucking the ball down and running, or even staying firmly in the pocket and throwing from there, Roper can do a little bit of everything. This past season, Roper threw for 1,176 yards and 14 touchdowns while rushing for almost 500 more yards and four more touchdowns thus backing up his dual threat ability. Even though Roper has the ability to beat opposing defenses with his arm and his legs, he really does not have a preference.

Even though Roper might not be the biggest recruit, he still feels like that he has an advantage if he takes his game to the college level.

“I feel like I can throw the football pretty good,” Roper said. “However, a dual threat quarterback is something that every college is looking for.”

Unsurprisingly, Roper models his game after a guy who shares the same playing style as him while the other quarterback is a legendary sports figure in the state of Louisiana.

“I like to watch Baker Mayfield (Oklahoma) because of his grittiness and competitiveness,” Roper said. “I also love watching Drew Brees (Purdue/San Diego Chargers/New Orleans Saints) because of his preparation and his mental knowledge of the game.”

Roper may have started his quarterback career as a sophomore, but he was ready to play whenever he got the chance due to his preparation.

“When I grew up, my dad was always my football coach,” he said. “My dad always had me at the quarterback or running back spot. I also had a great quarterbacks coach teaching me as well. In my sophomore year, I had to go in the game against Landry Walker and at the time, I was probably 130 pounds soaking wet. Just how my quarterback coach helped me in that situation made me feel better. From then on, he really took me under his wing and taught me just like my dad.”

The rest was history for Chalmette fans. Unfortunately for those fans, Roper will no longer add on to his records on the gridiron, but he is finishing his prep athletic career playing baseball and using his electrifying speed in track and field. In the classroom, he has a 23 on his ACT as well as a 3.0 GPA, but for Roper, it is Friday nights that he will remember most once he graduates.

“I am going to miss the brotherhood,” Roper said. “Being around my teammates is fun. The closeness is something that you don’t usually get.”

As we head towards National Signing Day on Wednesday, Roper just wants one thing from college coaches.

“I just want a chance to prove myself,” Roper said. “I will work as hard as anybody out there. I just want a shot. That is all.”

One thing is for sure and that is the players with a chip on their shoulder are the ones that are the most dangerous at the next level. For the senior record setting quarterback from Chalmette, it is another chance to rewrite his name in another record book.