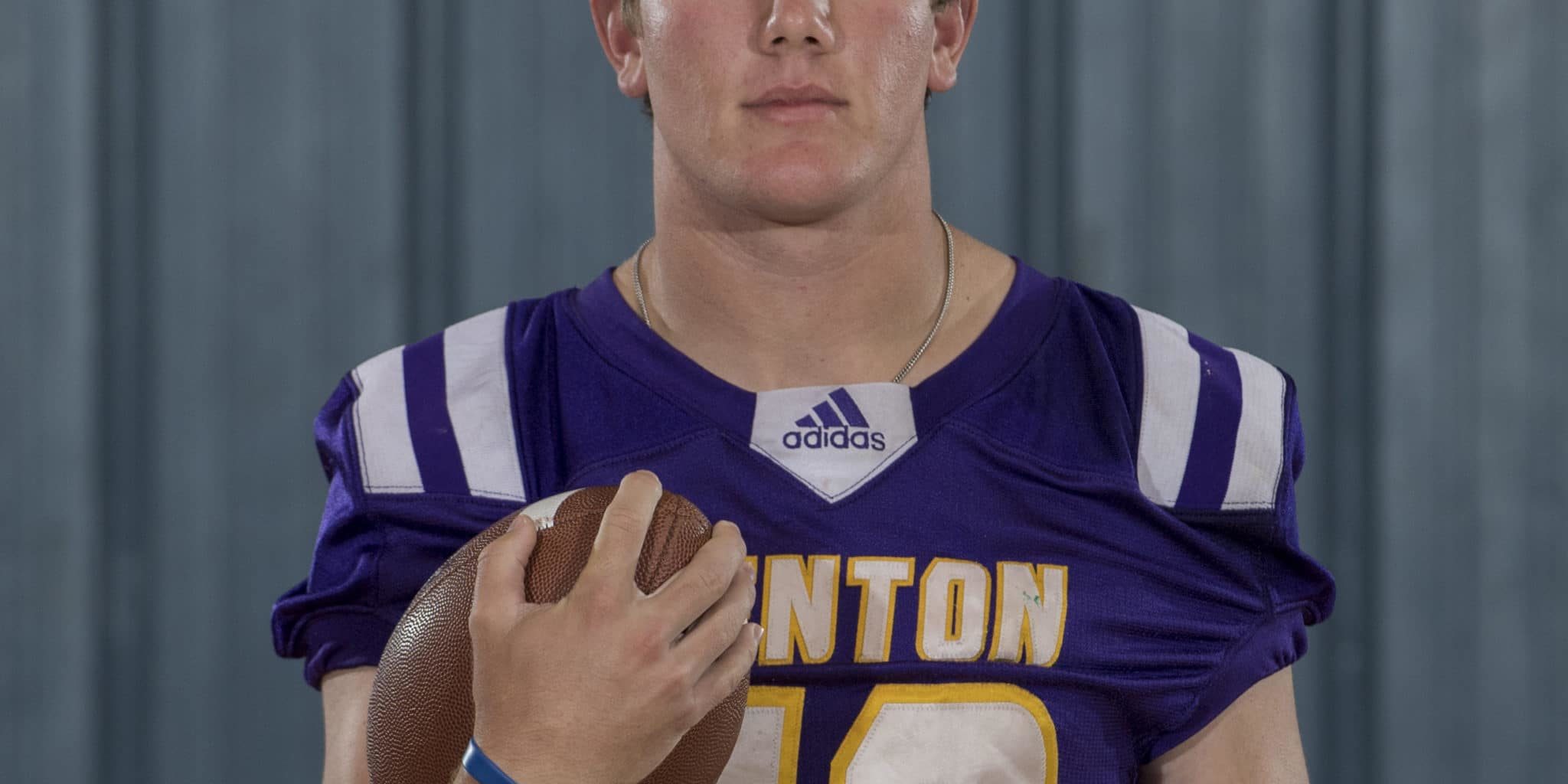 Every good team needs a good quarterback. This is where Benton senior QB Garrett Hable comes in. Hable is everything that a team or a head coach would want in a quarterback. Hable proves this through his ability of throwing for thousands of yards and having the athleticism to run the ball in order to win games. Starting as a freshman in 2014, Hable was able to lead his Benton High School football team to the third round of playoffs. This applies not only in football, but also in baseball where Hable has been playing for the varsity Benton Baseball team since he was just a freshman.  Hable’s ability to perform under pressure, at such a young age, made him All District and All Parish in 2015.  In 2016, Hable did not disappoint with passing for 2,700 yards and completing 37 touchdowns for the Tigers. Even with juggling two sports, Hable is still able to maintain a 4.0 GPA and succeed in his academics. Overall, Hable embodies the definition of what it takes to be a student athlete. Louisiana Football Magazine Editor and T.V. Host Lee Brecheen had a lot of good things to say about the senior Tiger quarterback.

“Garrett Hable is a good quarterback in the Shreveport area that is a winner with a really good arm and does everything right,” Brecheen said. “I can see him end up playing for a small college at the end of his high school career.”

We cannot wait to see what Hable does for his fourth year as a starting quarterback for the Tigers. In today’s recruit article, we caught up with the four-year Benton starter as he talked about his career, his goal for this season, and so much more!

LAFM: What are the biggest strengths to your game or what do you think makes you stand out as a quarterback?

My ability to read the defense and stay poised in the pocket. The game has really slowed down for me. I’m not going to try to do too much and I will take what is given to me.

LAFM: What is your favorite play as a QB?

My freshman year I came in against fair park and brought us back to go into overtime. We ran a play action play and I threw the game winning touchdown to T.J. Anderson.

LAFM: What were your accomplishments while at Benton High School?

I have only lost three district games as a starter. I have passed for 6,000 yards in the past two seasons. I have had three 10 win seasons and have reached the quarterfinals twice.

I love to sleep and take naps. I take a nap any chance I get.

LAFM: The team made a deep playoff run until the team lost in the third round of the playoffs against Edna Karr finishing the season at 10-3. What are your thoughts on how the end of the season turned out as well as the season as a whole?

I thought that the season went well as a whole. We let a few games slip last year. We had a very special defense last year. They were always causing turnovers and scoring off of those turnovers. We were up 14-0 against Natchitoches and the offense has not even ran a play. I thought that we put up a decent fight against Edna Karr. They just had way better athletes in every position. They were the best high school team I have seen.

My freshman year when I brought the team back down two touchdowns with just about three minutes left in the game. I threw the game winning touchdown in overtime. It is a game that I will never forget.

The best quarterback I have faced was Aldon Smith from Edna Karr. He hardly ever made any bad throws and has one of the strongest arms I have seen. It was a hard task going up against him and their offense.

LAFM: You were part of Coach Moore’s third straight 10-win season for the Tigers. What are some things that you have picked up from Coach Moore that has helped you in your game today?

He has taught me to just be myself and do what I do. He has also taught me to take what is given to me and not get greedy and try to throw touchdown passes on every throw.

LAFM: What do you think are some things that you and the team need to focus on in the upcoming game against Haughton High School?

We just need to focus on doing what we do. The defense will need to get stops and offense will need to score. We are just going out there to put in some work and get things on film and see what we need to work on.

LAFM: What do you think you need to improve on when you get to college if you continue your football career?

I definitely need to get stronger and faster and not let the big stage get to me. I just need to relax and just play football and not to try to be the hero of every game.

I like to model my game after Drew Brees (Purdue/San Diego Chargers/New Orleans Saints). He’s not the biggest quarterback but he’s the only quarterback with multiple 5,000 yard seasons. He has shown the world that you don’t have to be very tall and big to be a good quarterback.

I just want to thank my family and coaches. My family has constantly made sacrifices for me to play this game and they have been nothing but encouraging to me. My coaches have pushed me to be the best I can be. They are always staying late after practice just so some of us can get extra work in. The coaches probably spend more time with the football team than they do with their family during football season.

LAFM: What is your advice for next year’s Benton’s football team?

I would tell them to soak it all in because it goes in the blink of an eye. They don’t need to take Benton winning for granted. We’ve had many 10 win seasons and they don’t need to get lackadaisical and expect that they are going to win because they go to Benton. You have to earn everything. No one is going to hand you anything just because you wear Benton on your jersey.