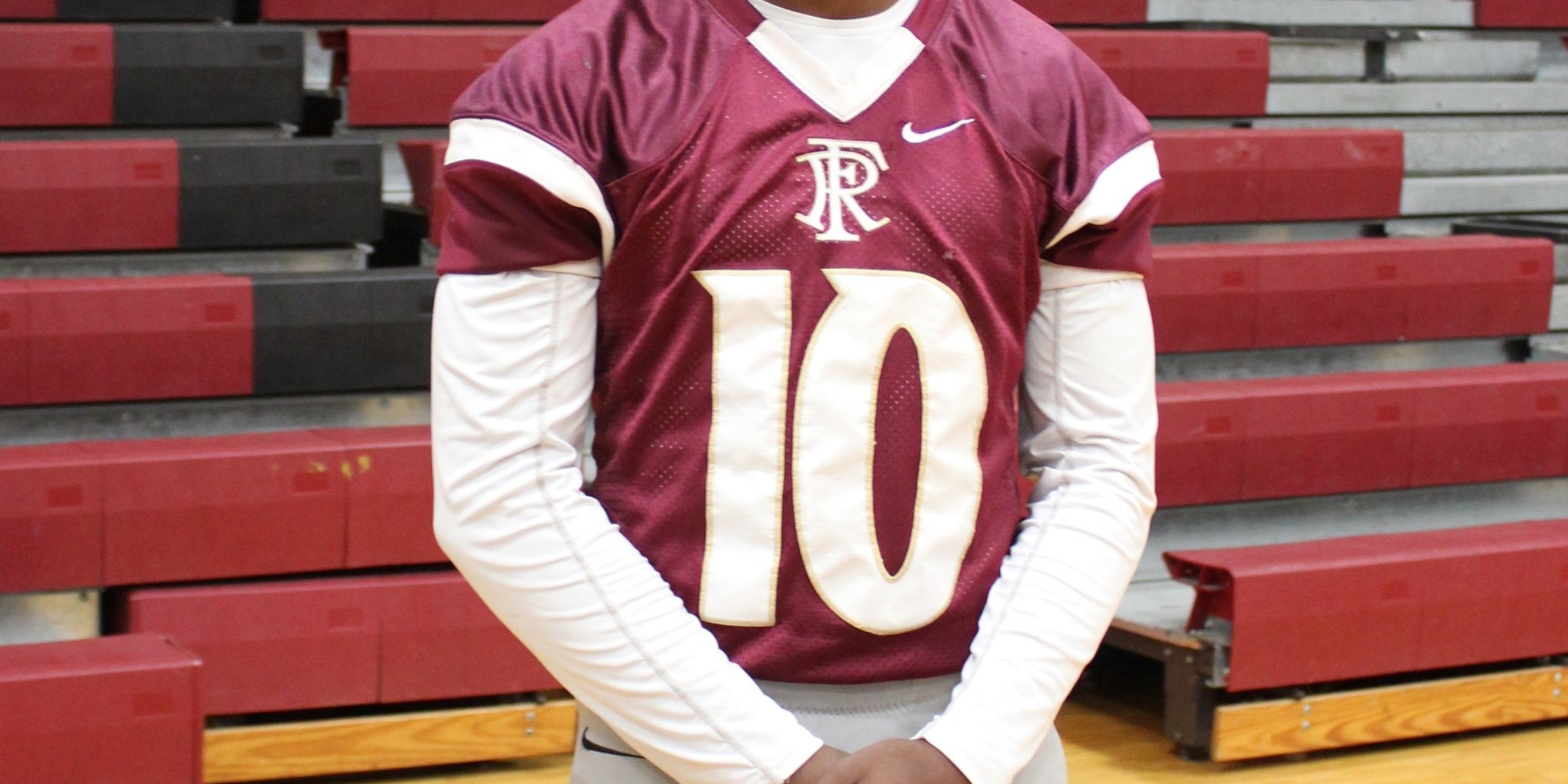 The False River Gators had themselves a year to remember in 2016. In Darin Moore‘s first year, the Gators won just as many games as the team did in the three years prior to Moore’s tenure. The Gators finished the season at 5-6 losing in the first round of the playoffs to a tough Westminster Christian Academy team. A major reason for the Gators’ breakthrough was their explosive offense. In five games last season, the Gators scored over 30 points including an incredible 89 points scored in a win against Centerville. The main offensive weapon that has made the Gators such an explosive offensive and fun team to watch is none other than senior QB Damian Johnson Jr. Already in his second full year as the starter, he is already one of the greatest players to come through the program. Last season, Johnson put up some incredible numbers which include almost 4,000 total yards of offense and 39 total touchdowns. Johnson also went viral when he threw a game winning two point conversion behind his back in a 14-13 win against Basile last season. It was an incredible play and is a prime example of how exciting the upcoming senior is to watch. Louisiana Football Magazine’s recruiting expert Lee Brecheen was so impressed by the dual threat False River quarterback that he was awarded our 1A Offensive Player of the Year last season as a junior and was put on the cover of our first South Louisiana edition of our magazine.

“Damian Johnson Jr. does it all for the team as a runner as well as a passer week in and week out,” Brecheen said. “Johnson runs a legit 4.53/40 and in the open field, he is special.”

Even with all of these accomplishments as well as the viral videos, it seems that Johnson does not get enough attention for his talents. As of right now, Johnson has only one scholarship offer and that is a local D-III school. His overall size may draw a red flag for a lot of programs, but his play making ability is pretty special and is worth for colleges to take a look at. The Gators got this season rolling with a 40-22 win against St. John and now start this year at 1-0. It was another Damian Johnson typical performance as he accounted for over 300 yards and four touchdowns. This week, the Gators will try to start the season at 2-0 against a Northlake Christian team that had a tough loss to Bogalusa 31-0. In today’s recruit spotlight, we caught up with the senior False River quarterback as he talked about being on the cover of our magazine, winning our 1A Offensive Player of the Year Award, the behind the back two point conversion play last season, and so much more!

LAFM: What are some of the schools that have offered you to play football?

Louisiana College is the only offer that I have at the time.

LAFM: Our very own recruiting expert Lee Brecheen picked you as our 1A Offensive Player of the Year last season and you were on the cover of our magazine this season. What was your reaction when you heard the news of those accomplishments and what does those awards mean to you?

I was very surprised when my coach told me I won the award. It meant a lot to know that all the hardwork I put in payed off.

LAFM: What were your stats last season?

LAFM: Last season, the Gators won five games and made the playoffs while scoring a lot of points in the process. What are your thoughts on last season and what is the team’s next step for this season after a breakout year last year?

Last season was a great season for us. We wanted to change the culture of our school and change what people thought about False River Academy. This year, we are going to continue working hard and hopefully have a more successful season than the last.

LAFM: The team starts the year out at 1-0 in a win against St. John. What does the team need to improve on for this week’s game against Northlake Christian?

We just need to stay focus at practice, listen to what our coaches are telling us, study their film, and we’ll do fine.

LAFM: What are your biggest strengths?

I would say one of my biggest strengths to my game would be the ability to stay calm and keep my head in tough situations.

Some areas I need to improve on are definitely going through my read progressions and my decision making.

LAFM: Last season, you were most known for throwing the backwards pass for a game winning two point conversion against Basile. How did that play come about and what made y’all run that play in a very crucial situation during the game?

I honestly don’t know where coach came up with the idea to throw a behind the back pass. I remember practicing that play a whole lot in practice and never completing the pass once so I was very surprised when he called it in a game.

LAFM: What was the best game of your high school career so far?

My best game was last year was against Centerville, a team we scored 89 points on. I rushed for five touchdowns and had over 300 yards rushing.

LAFM: What other sports do you like to play besides football?

I like to play basketball and I could possibly be running track this year.

LAFM: Looking ahead at the schedule, is there a team that you are most excited to play against?

The team I’m most excited to play is Catholic (Point Coupee). They’ve been our rivals ever since I could remember. The game always brings a giant crowd, and the atmosphere is amazing.

I’d like to put up nearly the same numbers I did last year or even better, but really my ultimate goal is to lead my team to victories.

I’d like to thank my family, my coaches, my teammates, and all the fans that come watch us on Friday nights.

LAFM: Who are some of your teammates that you like to give a shout out to?

I’d like to give a shout out to my receivers Gage Fuller and Tyler Williams as well as two of my lineman Devin Christophe and Cole Laprarie.

LAFM: I believe your nickname is Peanut. How did that nickname come about?

Peanut is just a name my grandmother gave me when I was a baby because of how small I was.

LAFM: What makes you stand out the most  as a football player?

I would definitely say my humbleness makes me stand out a lot and definitely my work ethic.