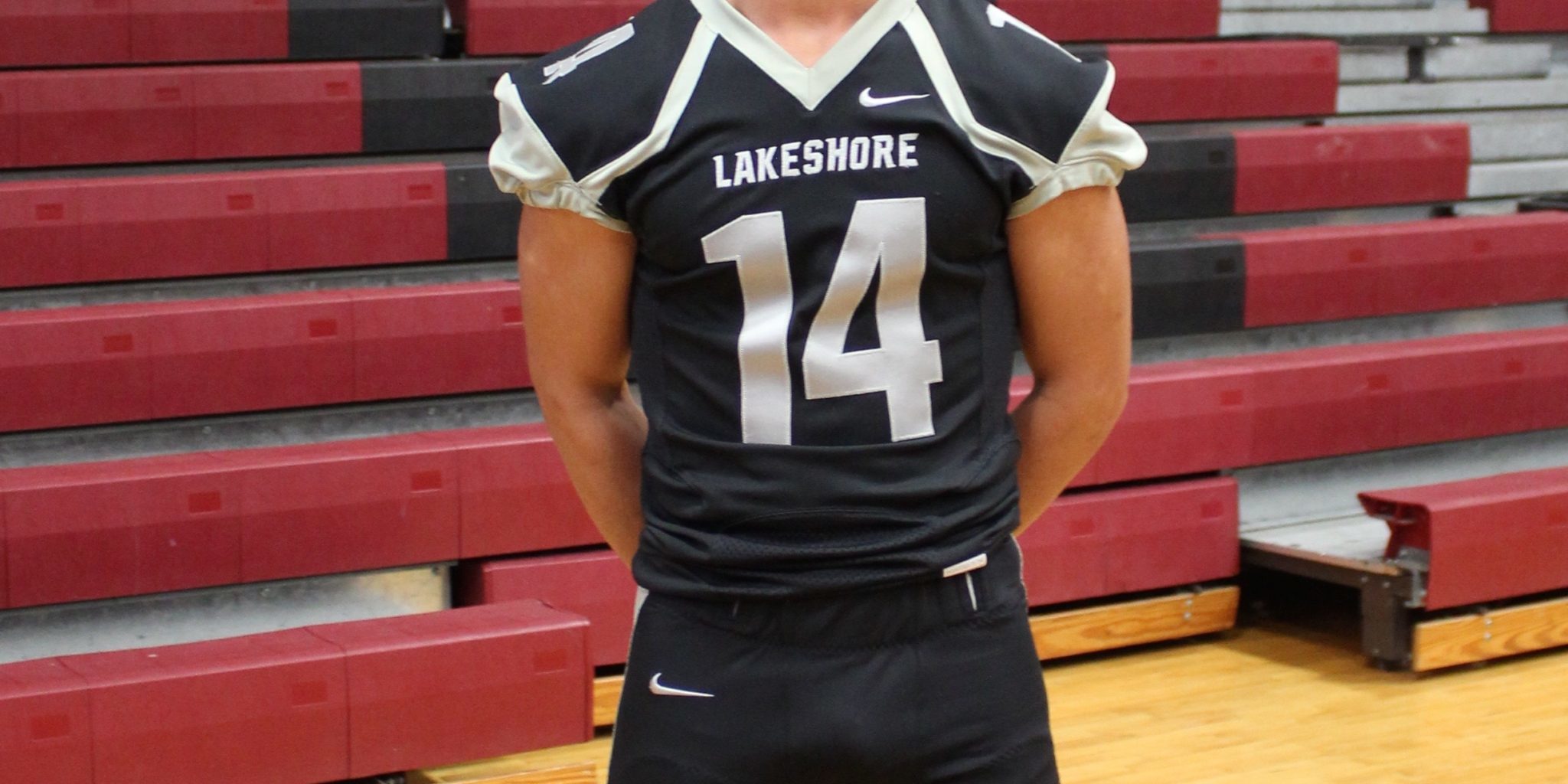 There are a lot of great players in this year’s class that nobody really talked about coming into this season and make a splash when the football season starts. Lakeshore senior QB Chris Penton is one of those players. Penton is really entering his second year as a starting quarterback after he started as a defensive back and as a returner. When Coach Craig Jones moved Penton from defensive back to quarterback, there was no question that Penton had the athleticism to make plays using his feet and his experience playing in the secondary would help him read coverages, but it was about how Penton would fare throwing the ball from the pocket. Needless to say, Penton has thrived at his new position after leading his team to a playoff appearance last season. It was not surprising that Penton would step up in his second year as a quarterback, but the numbers that he put up in the first five games of the season is mindblowing. Halfway through the season, Penton has already thrown for over 1,200 yards, 20 touchdowns and most incredible, no interceptions. The senior Lakeshore quarterback had a phenomenal opening game against Fontainebleau where he threw for over 300 yards and seven touchdowns. Penton has established himself as one of the hottest rising players in the state and not only has he produced incredible stats, but he has led the team as much wins as the team had last season with five. Louisiana Football Magazine’s recruit expert Lee Brecheen believes that Penton is on the rise.

“Chris Penton is having some big time games as a quarterback early in the 2017 season,” Brecheen said. “He has done a great job of adjusting from returning punts and playing on defense as a defensive back to playing quarterback. If he continues to grow, he will move up fast in the recruiting rankings.”

Penton and the Titans would love to continue to stay hot in their pursuit of an undefeated season this Friday against Lake Area New Tech. So far, Penton has had no offers or has had any interests from colleges, but if he keeps on continuing his stellar play, there will be a lot more colleges that will pay a little bit more attention to him. In today’s recruit spotlight, we caught up with one of the state’s leading passers as he talks about his huge game against Fontainebleau, the transition from playing defensive back to quarterback, the team’s great start, and so much more!

I have no offers yet and have had no interests from colleges.

LAFM: You threw for over 300 yards and seven touchdowns in a game against Fontainebleau. What were your thoughts during that game and did you ever thought that you would have that type of performance?

I knew I put in the work and I needed to perform that great. Things were just clicking and I was just having fun.

The game in college is a lot faster and that means smaller windows to throw in so I have to work on my reads and decision making.

Mostly, I look at the athletic program and the cost. Also, I would look into whatever I will be majoring in.

My biggest stats and accomplishments of my career would definitely be the first game against Fontainebleau. I’ve thrown for over 1,200 yards this season along with 20 touchdowns and no interceptions through five games.

LAFM: Last season, the team had a 5-6 season and already the team has had just as much wins as last year. What do you think the team has improved the most from last season to this season?

Coming together as a whole team and learning how to win. Also, putting in extra work after work so we don’t make mistakes on the field have really helped us improve.

LAFM: I believe you started your Lakeshore career on defense as a defensive back. Were there any things that you learned on defense that has helped you as a quarterback?

Yes. It is a huge advantage that I played defense because it’s easy to read what coverage they are in.

I definitely model my game after Russell Wilson (N.C. State/Wisconsin/Seattle Seahawks). The pin point accuracy he delivers the ball with and the way he can escape the pocket and make plays is what I admire about him.

I am not sure yet.

I like to train and work on my game as much as I can after the season.

Just to win football games and eventually make it to the Superdome. I also want to continue having big games and no games.

LAFM: What is your message to the Lakeshore team and the fans for the rest of the season?

We aren’t just a good team. We are a special team that has all the potential in the world to beat whoever we play the rest of the season and the playoffs.

I’m very thankful for my parents for supporting me through everything and my whole family for giving me the motivation that I need in order to succeed.

LAFM: You have had a great start to the season, but obviously you can’t do it by yourself. Who are some of your teammates that you want to give a shout out to?

I can make plays when you don’t even think it’s possible. When you think the play is blown, then, I pop up and make plays out of nothing.