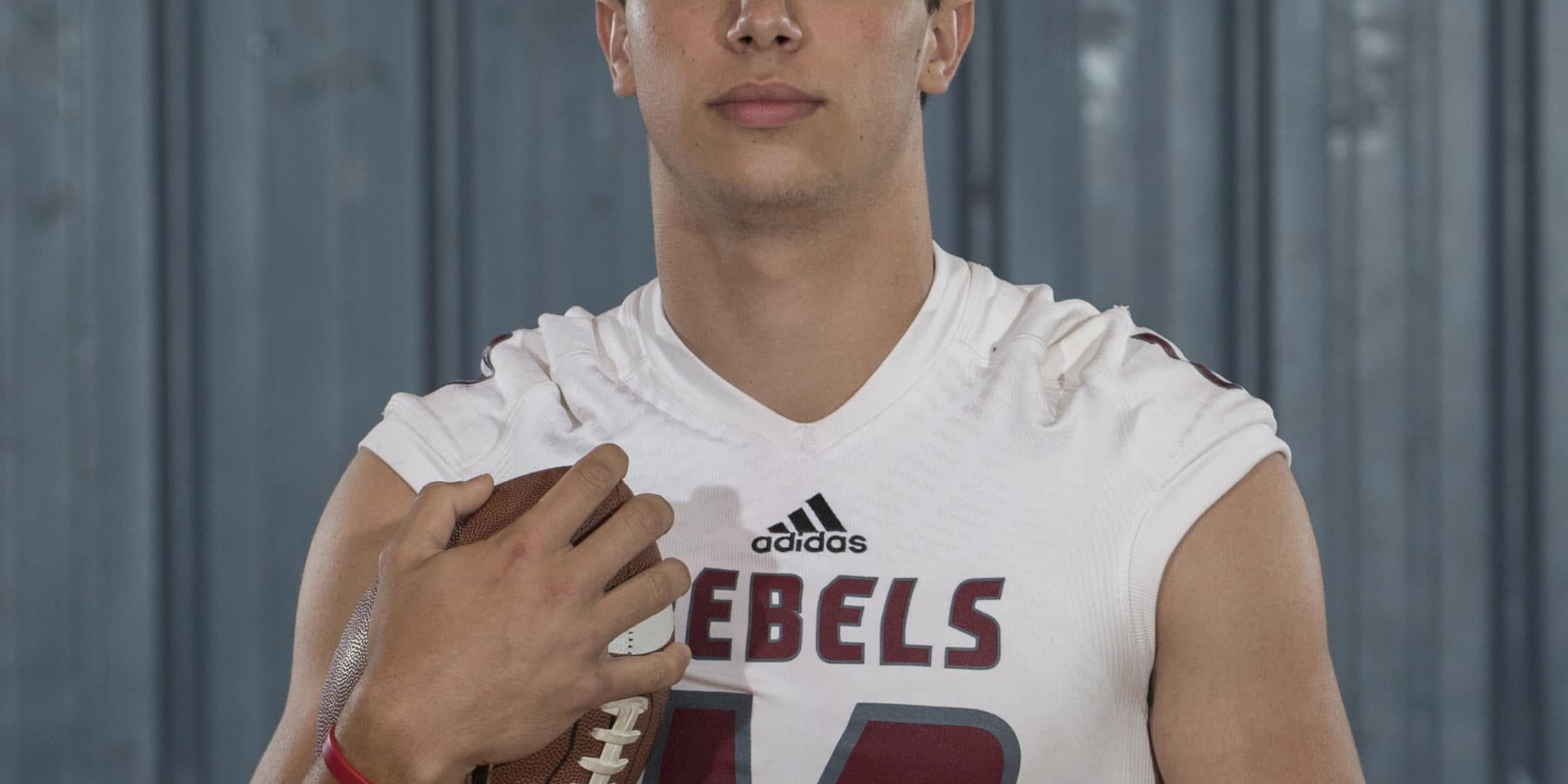 Heading into the 2017 season, there are a lot of teams that have a chance to greatly improve their record from the previous year. One of those breakout team candidates is the Pineville Rebels. The Rebels did have a very disappointing season last year winning only one game, but the good news is that they hired legendary Head Coach Dennis Dunn after resigning from Louisiana College in Pineville where he was the head coach there for the past eleven seasons. The former Evangel Christian Academy Head Coach may inherit a 1-9 team, but a great coach like Dunn will get this program competing for championships almost immediately. It also does help when the majority of the main players do return especially their quarterback Cameron Bates. Bates only has one year as a starter, but he showed a lot of progress as the season went on even though the team only won a single game. Bates is actually the first quarterback in over a decade to even throw over a 1,000 yards in a season as the Rebels have always been very run heavy. Bates does a great job of staying in the pocket and making the right throws even when he gets hit. However, Bates is a good athlete as well and will make plays with his feet when the pocket breaks down. He is a threat when he does run the football as he does have 4.7/40 speed. Most of all, he is a very smart guy as he maintains a 4.4 GPA and a 30 on the ACT. Even though he is pretty raw as a quarterback, Bates definitely has all the tools and talents to be one of the best quarterbacks from this year’s class. Louisiana Football Magazine Editor and Publisher Lee Brecheen was impressed enough by the second year starting quarterback that he put him on the North Louisiana Magazine cover. This is what Brecheen had to say about the rising Pineville star.

“Pineville QB Cameron Bates is coming back at 6-3, 215 pounds,” Brecheen said. “He is a very capable pocket passer that can really throw the football. This year will definitely be his year to shine and the future is definitely bright for him.”

It comes to show how deep the quarterback class is in North Louisiana as really good quarterbacks such as Bates, Neville’s Payton Batteford, and Caldwell Parish’s J.D. Abrams are seniors that will really get to show their talents as starters for this season. So far, Bates has received an offer from Louisiana College, which makes sense since the Wildcats coaching staff was able to see him play right in Pineville. But with the intangibles that Bates has and another full year of starting, this could be a huge season for Bates to really excel. Also, to add in a head coach who has coached great Evangel Christian Academy quarterbacks such as John David Booty (USC/NFL), Josh Booty (LSU/MLB/NFL), and Brock Berlin (Florida/Miami/NFL) just to name a few, a lot more people will get to know more about the senior Rebels quarterback by season’s end. In today’s recruit spotlight, we caught up with the Pineville senior quarterback as he talked about his first year as a starter, how he has improved from year one to year two, the addition of Coach Dunn, and so much more!

Right now, Louisiana College is my only offer.

Last year, I was the first quarterback at Pineville High School in ten years to throw for over 1,000 yards in a season.

LAFM: What are some things that you need to improve on from your first year as a starting quarterback to this season?

I am always looking to get faster and stronger, but the ability to know the game is unmatched. The great quarterbacks weren’t always the most physically imposing players on the field, but they were mentally prepared for whatever could be thrown at them on the field.

LAFM: Last season was your first full season as the starting quarterback, but you really showed poise and played really well down the stretch of the season. With a full off-season to work with, what do you say are the biggest improvements that you had made?

My biggest improvement this year is overall confidence. Quarterbacks have to be the most confident guy on the field regardless of what is going on around him. I feel that if you play with confidence, your results will show it.

LAFM: Last season was not the best season for you guys as the team only won one game last season, but the team does return a majority of their players and the team also hired a legendary coach in Dennis Dunn to lead the program. What is it like having Coach Dunn around and what has been the team’s attitude over the off-season since the addition of Coach Dunn?

Coach Dunn is a great guy to be around, whether on the field or off the field. He loves coaching and you can easily tell by the passion he has everyday. Our mentality has been positive ever since he was offered the job. He always tells us “What you believe on the inside is what you become on the outside.” I feel this quote sums up our philosophy has been since Coach Dunn has been our leader.

The best game so far has to be against St. Louis last season for obvious reasons. Being our only win, that game gave us a small taste of hopefully what is to come this year only much more often.

One quarterback that I like to model myself after is Marcus Mariota (Oregon/Tennessee Titans). He is a great pocket passer, but he can also make plays happen outside of the pocket. He is very smart and also an incredible person outside of the game. I admire his skill and passion for the game.

As soon as football is over, I switch gears to baseball. I keep up with baseball throughout the year except for when football rolls around. I enjoy baseball and have enjoyed it for almost twelve years now.

My goals, this season, are to be the best I can be and to lead my team. I want to do everything I can to help us win games and hopefully help others to be their best along the way.

LAFM:  What is your message to the Pineville team and fans this year?

We have worked hard all spring and summer so now we just have to put it in action. Our team has great potential. Now, it is our time to finally show it!

I thank all my family for staying behind me throughout my athletic career, but my dad in particular. Ever since I put up a ball, my dad has put countless amounts of his own time in order to help me be the best that I can be. Not only did he coach me in my athletics, but just as much in life. I wouldn’t be the person that I am today without his endless help.

LAFM:  You are on the cover of our North Louisiana edition of our magazine. What does it mean for you to be recognized as one of the best players in the state?

It is a great honor and a blessing to be recognized as one of the many great athletes we have in the state. I’m very thankful for the talents I’ve been blessed with.

LAFM: What is an interesting fact about yourself that our readers don’t know about you?

An interesting fact about me is last year was my first year to play quarterback since playing in a youth league when I was 11.

It’s hard to think of one attribute that makes me stand out since there are so many incredibly talented guys in Louisiana. If I had to pick one, I would say my ability to be strong in the physical attributes of football as well as the mental parts of the game.