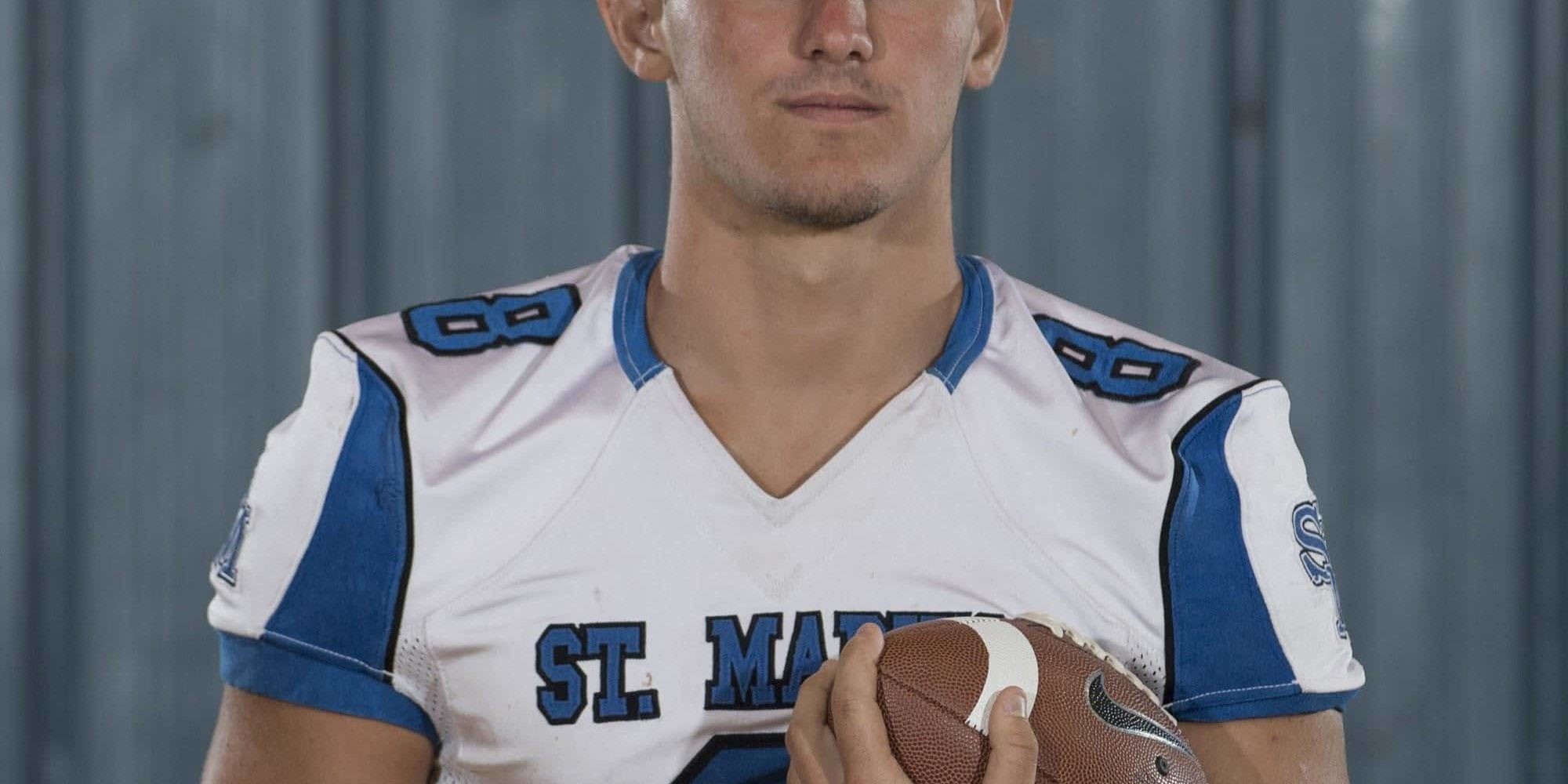 There is plenty of great quarterback prospects in North Louisiana for this season. Obviously, the main headliner is Parkway QB and TCU commit Justin Rogers, but a guy that should be right in the conversation as far as one of the best quarterbacks, not only in North Louisiana, but in the entire state is St. Mary’s senior QB Aaron Howell. Talk about a guy that has all the physical tools a quarterback needs to have and Howell has it all. He is a big guy at 6-3, 210 pounds, and he can run a 4.6/40. He can be as good as he wants to be because he is a big guy that can run and throw the football with ease. Howell also has great knowledge of the game which makes his athleticism a little more dangerous. The dual threat quarterback always has been making plays since he was a freshman playing for the Tigers. After this season, it is pretty safe to say that Howell will go down as one of the greatest players to ever play for St. Mary’s. Just look at all of his accomplishments. He is a three time All-District selection, a two time All-State selection, two time All-Cenla, and was chosen as the District MVP in 2015 when he helped lead the Tigers to their first state championship appearance since 1980. The honors keep on racking up as he was named to our All-North Louisiana team at the beginning of the season and is on the North Louisiana cover as well. The most impressive part about all these recognitions is that he still has one more full year to get some more awards. Louisiana Football Magazine’s recruiting guru Lee Brecheen believes that Howell definitely has the IT factor when it comes to playing quarterback.

“Aaron Howell is going to be a great quarterback,” Brecheen said. “He lead his team to the state championship in his sophomore season and is the best player to come out of the school to play quarterback. He has got the whole package as he is big, strong, and smart. At the end, he will put himself in the conversation with Rogers as one of the best quarterbacks in the state.”

As of right now, Howell is committed to the Northwestern State Demons. This could be a huge pickup for the Demons if they can hold on to the hometown senior quarterback as he is a legit DI quarterback. In today’s recruit spotlight, we caught up with the Northwestern State commit before their game against Lakeview on Friday as he talked about leading the Tigers to the Superdome in 2015, this season’s goals, the reason he chose the Demons, and so much more in today’s recruit spotlight!

LAFM: You have the decision to commit to Northwestern State University in order to continue your football career. What is it about the Demons that has made you decide to play there?

I like Northwestern State because of the family atmosphere. Every time I’ve been on campus, the coaches and the players treated me like family. I am really excited about the direction in which the program is going in.

Some of my biggest accomplishments include being a three time first team All-District selection, two time All-State selection, and two time All-Cenla. I was also chosen as the District MVP my sophomore year.

I feel like my biggest strength is my dual threat ability. I can make plays with either my arm or my legs, and that’s hard to defend.

I need to work on my technique and footwork before I go off to college. I worked a lot on it this summer, but I still have room to improve.

LAFM: I believe this will be your fourth year as a starter. What do you think you have improved on the most since your first start at St. Mary’s?

I have definitely improved on my decision making ability. I have gotten to where reading a field is one of my bigger assets.

I definitely believe this team can take state. We just need to stay healthy and focused.

I am looking forward to playing Winnfield and Loyola Prep, but Logansport is the one I am really excited about the most.

It would definitely be my sophomore year in the semi-finals against Ascension Episcopal. It was a 49-42 win that sent us to the Dome. That was the best game that I ever played in.

I don’t have a specific player I model myself after. I take pieces of other quarterbacks’ games and blend it in with my game.

I go play basketball and get started on my off-season workout program.

One of my goals is to be the best player and teammate I can be. The other is to do everything I can to get us to a state championship.

LAFM:  What is your message to the St. Mary’s team and fans this year?

You guys are going to get everything I have this season.

I want to thank my Mom and Brother for loving me and supporting me. Thank you Dad for teaching me how to be a true athlete.

LAFM:  You are on the cover of our North Louisiana edition of our magazine and made our All-North LA team as a quarterback. What does it mean for you to be recognized as one of the best players in the state?

It’s an honor to be recognized as one of the top players in Louisiana. I’ve worked really hard to be in the position I am in, and it feels great to see it pay off.

LAFM: What is an interesting fact about yourself that our readers don’t know about you?

I believe one thing that separates me from the others is my dedication and work ethic.