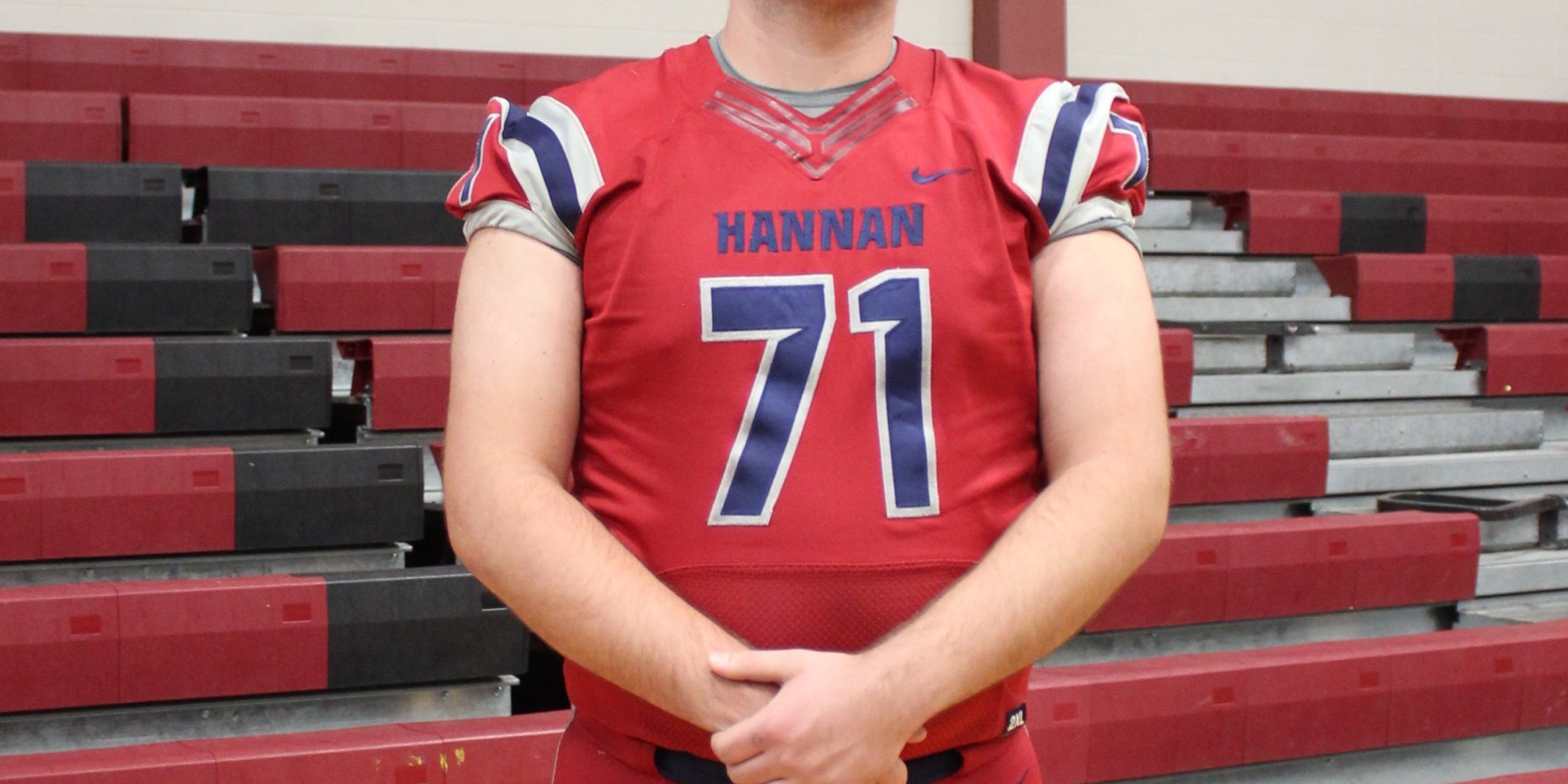 There is a saying that you can’t knock it until you tried it. Archbishop Hannan High School senior OT Christian Hoz, who is arguably one of the highest recruits to ever come out of the school, can definitely relate to that phrase. The three star offensive tackle actually never intended to play football in high school, but the coaches could just not overlook a student that is 6-5 and over 300 pounds. When Hoz finally decided to play for his freshman season, it turned out to be the right decision for not only himself but for the program in general. Hoz has the perfect frame to be a legitimate DI prospect at tackle as he is now 6-5 and slimmed down to just less than 300 pounds. Not only does he have the frame, but he has the feet to be a great tackle. Hoz has the two essential needs to thrive against some of the best defensive ends in pass protection as well as run blocking. Any quarterback would love to have a guy like Christian Hoz protecting his backside. The four year starter is one of the best offensive linemen in the state and is probably one of, if not, the biggest player in St. Tammany Parish, but at the same time, it still seems that he is being overlooked even though he has been offered by some mid major DI schools. Louisiana Football Magazine Editor/T.V. Host Lee Brecheen just can’t believe why he is being overlooked by some of the bigger DI schools.

“I really like Christian Hoz,” Brecheen said. “I still cannot understand why he is not getting offers from some of the bigger DI schools yet. I guess they have not evaluated him yet or have gone seen him play, but Hoz does come from a small school. He is built like a SEC player.”

Some of the offers that Hoz has received some offers from some of the local state colleges such as Louisiana-Lafayette, Southeastern Louisiana University, McNeese State, and some other DI schools such as Marshall, Troy, and Central Florida, but it was the Arkansas State Red Wolves that stood out the most for Hoz. Back in the end of the July, Hoz committed to play for the Red Wolves. Now, that he has made his decision, he can focus on this season without worrying about any colleges. With guys like Hoz and fellow teammate TE/DE Seth Caillouet, who has committed to play for Texas State, this makes up a very good front on both sides of the football. In today’s recruit spotlight, we caught up with Christian Hoz right before the Hawks play their first scrimmage of the season against Chalmette as he talked about his goals for this season, committing to Arkansas State, and so much more!

LAFM: What are your accomplishments while at Archbishop Hannan?

My biggest accomplishment would be receiving nine athletic scholarships.

LAFM: You have committed to play football for Arkansas State. What is it about the Red Wolves that has attracted your attention the most?

Arkansas State is an up and coming program. They have a winning tradition and they’re upgrading all of their facilities.

My biggest strengths are my pass blocking and ability to move in space.

LAFM: What do you need to improve on when you get to Arkansas State?

I need to improve on my leverage and hand placement.

I model my game after Tyron Smith (USC/Dallas Cowboys) because of his toughness and ability to move in space.

I would say the game that sticks out the most in my career would be the Northlake Christian game in my junior year.

I think I will have to make it a tie between Caleb Sampson (Northlake Christian/Missouri) and Brendon Kelley (Pine). I got some great work in during those games. It’s going against those types of players that makes me better!

I am most excited about playing against Pope John Paul II because we have unfinished business against them.

I like to spend more time with family and friends.

I actually never planned on playing football in high school.

My favorite play would be any screen play where I have one on one with a linebacker.

I want to thank God, my mom, my dad, my grandma, Coach Watt, and also to my man Big Mike.

LAFM: You go up against your teammate Seth Caillouet, who is also a DI caliber player on your team, a lot in practice. What is your relationship with him and how does he make you better as a football player?

Seth and I are great friends. He makes me better by how good he is and it just makes me work even harder! He is a great player.

LAFM: Is there anything that you want to say to the Archbishop Hannan community and the team?

LAFM: What makes you stand out the most from any other offensive tackle in the state this season?

I think I just understand the game better and my technique is better.