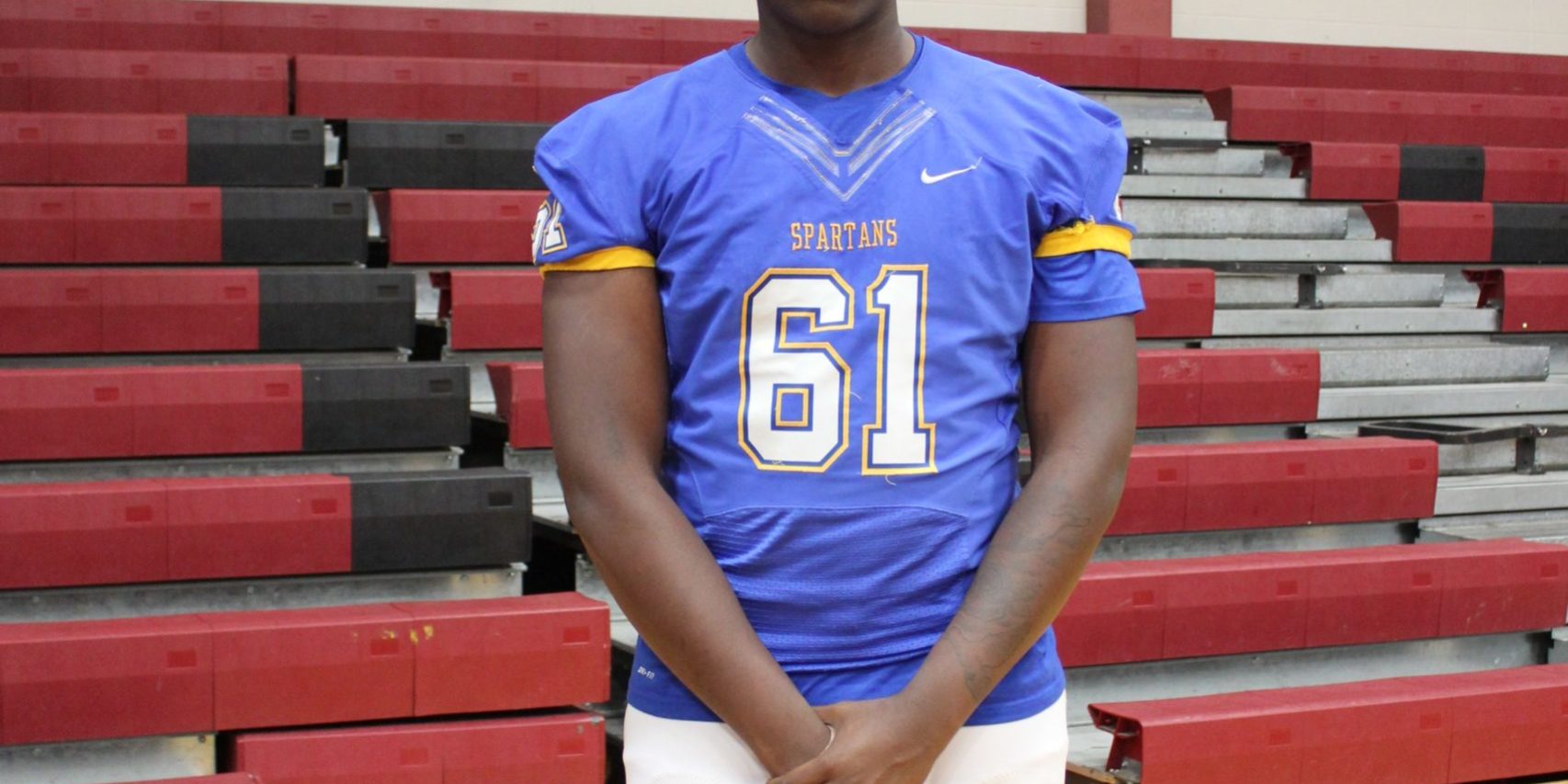 There are a lot of really talented offensive tackles in this year’s class, but East Ascension senior OT Cameron Wire may have the biggest upside because of his body frame and athleticism. At 6-6, 275, Wire has the length and frame to one day be a great DI offensive tackle. On the offensive side of the football, it is always the skill position players that get the most attention, but the starting left tackle may be one of the most important positions on the field, if not the most important, because they have to block pretty much the most athletic players on the defensive side of the football at defensive end. In order to block an athletic defensive end, the offensive tackle has to show that he can be athletic as well. That is what Wire provides with his size. Along with playing football, Wire is a really good basketball player for the Spartans basketball team. His natural born ability and huge upside were major reasons on why he was on the cover of our South Louisiana edition of the magazine as well as being the only offensive tackle on our All-South Louisiana team. Louisiana Football Magazine Editor and Scout Lee Brecheen has seen Wire in action and truly believes that he can one day fill out in order to become a truly dominant player. Brecheen has already drawn comparisons of Wire’s game to another former Louisiana highly recruited offensive tackle.

“Cameron Wire has the most upside out of anybody in this year’s group,” Brecheen said. “Wire is a legit 6-6 that is pushing 6-7, 275. When he reaches 310, he will be a very lean 310.  He has a great future because he could weigh 330 like Cam Robinson (West Monroe/Alabama/Jacksonville Jaguars). I think he is more athletic that Robinson as well, but is just not as filled out as Robinson was.”

However, this time, it won’t be Alabama taking this particular offensive tackle as Wire has committed to play for his hometown team in the LSU Tigers. This is very good news for LSU fans as the offensive line has taken a lot of hits over the off-season and with everything going on with that position group, Wire has a great chance to find playing time early in the SEC. In today’s recruit spotlight, we caught up with the LSU commit as he talked about his goals for the season, the reason why he chose the Tigers, and so much more!

LAFM: What are your accomplishments while at East Ascension?

My biggest accomplishment would be just getting all of my scholarships.

LAFM: You have committed to play football for the LSU Tigers. What is it about the Tigers that has attracted your attention to commit to them?

The coaches treat me like family and just the fact that I’ve loved LSU my whole life. Coach O and Coach Grimes are father figures to me and I trust them with my future.

My biggest strength would be pass blocking.

LAFM: What do you need to improve on when you get to LSU?

I need to improve on my run blocking.

I just want to model my game after Tyron Smith (USC/Dallas Cowboys) because me and him have the same frame.

I would say the first round playoff game against Ruston because everyone counted us out that game and we showed up and ran the score up on them.

I would say the best lineman that I played against was Aaron Moffitt (Catholic High/LSU).

I am most excited for St. Amant because that is our biggest rivalry.

My favorite play would be counter because I get to pull.

I want to thank Coach Darnell Lee and my mom Kecia Wire.

It means a lot because I would have never thought that I would be recognized as the best at my position in Louisiana, but it’s happening and it’s a dream come true.

LAFM: Is there anything that you want to say to the East Ascension community and the team?

We are going to bring them to the Dome this year.

My goal is to try and bring a championship to East Ascension.

LAFM: What makes you stand out the most from any other offensive tackle in the state this season?

I would say my length and my quickness to stay in front of a defensive lineman on my pass sets as well as my mindset are areas that I will not be beat.