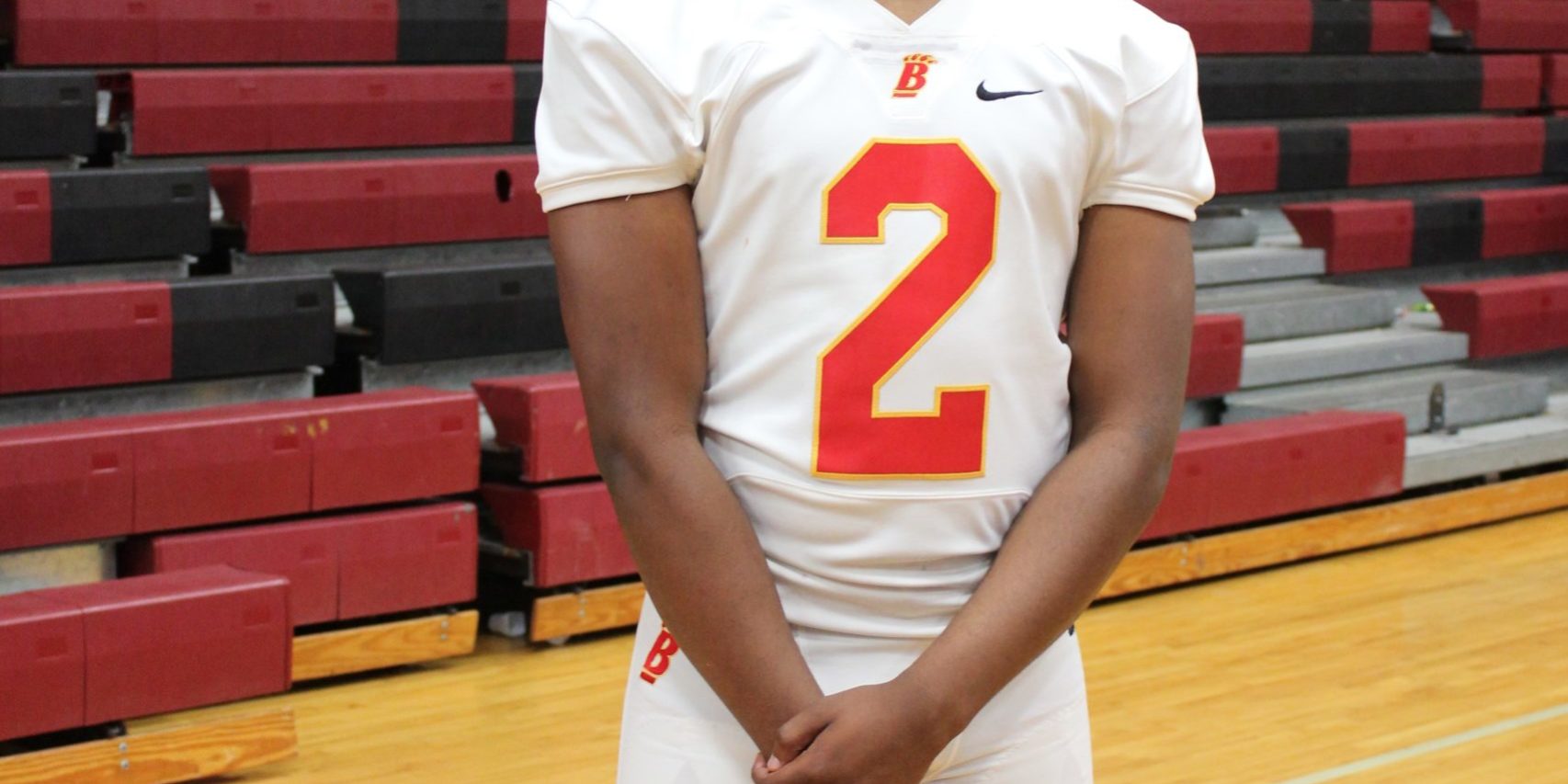 One of the biggest gems in the Baton Rouge area and perhaps in South Louisiana is Brusly senior OLB/SS DeAndre Brown. Brown is a special defensive playmaker and is very versatile in what he does. He has the quickness and size to play safety, but he has the tackling ability and football I.Q. to play at linebacker. Brown is one of those hybrid players that can play at either position depending on what the college wants him to do. His ability to stop the run is Brown’s strongest aspect as he does play against teams that like to run the football especially West Feliciana. The combination of Brown and Roberts is one of the best defensive combinations on the Westside with Brown shutting down the run and Roberts providing the pass rush. This season, Brown is trying to build off an All-District and All-Metro year in 2016 when he had over 50 tackles, eight tackles for loss, and two interceptions. Well, Brown has already had more tackles than last season with over 70 this year, but the team’s success has been very inconsistent compared to last season as the Panthers are 3-5 entering Friday’s matchup against Mentorship Academy. With Brown and Roberts on defense, it has to be the Panthers’ defense that will have to carry this young team the rest of the regular season and into the playoffs. Louisiana Football Magazine’s recruiting expert Lee Brecheen thinks that Brown could move up in the recruiting rankings.

“DeAndre Brown has really good size and speed,” Brecheen said. “He can run a 4.6/40 and can tackle very well. He might move up in recruiting by season’s end.”

Well, Brown has already received an offer from Louisiana College, but has received some interests from intriguing schools such as Houston, SMU, and many more. It will be interesting to see what school the star senior Brusly defender will go with in the end. In today’s recruit spotlight, we caught up with DeAndre Brown to talk about his top schools, the season so far, his goals for the season, which position he enjoys playing more, what he likes to do off the field, and so much more!

I look at how much playing time I will get as well as the coaching staff.

LAFM: You and Garrett Roberts  are two of the senior leaders on this football team. What is your relationship with Garrett and some of the other seniors on the team?

Garrett and I are very close. My relationship with the other seniors are the same.

My biggest strengths are my tackling and football I.Q.

I need to improve on my coverage and speed.

I have an offer from Louisiana College, but have received interests from University of Houston, SMU, Southern, UAPB (University of Arkansas at Pine Bluff), and Mississippi Gulf Coast.

I would say being All-Metro and All-District.

LAFM: After having a good year last season, the team has had an up and down start as the team is 3-5. What are your thoughts on the season so far and what does the team need to improve on the most heading this week again Mentorship Academy and the following week before heading to the playoffs?

We have a young team and we are getting better every week. We need to be more consistent if we want to make a run.

LAFM: This is Coach Hoff Schooler’s first year as head coach at Brusly. What has been his approach to this team since he has taken over?

His approach has been great. He is making us better every week.

LAFM: I believe you play multiple positions including linebacker and safety. Is there a position that you prefer over the other and if so, what position is it?

I would say safety because I can do more and show versatility.

I would say the Central game this year. I had 16 tackles and one interception.

LAFM: What are your goals heading to this season and did you reach those goals?

My goal, before the season, was to get 100 tackles. I have 73 right now so it is possible that I can still get there.

LAFM: What is your message to the Brusly team and the fans for the rest of the season?

Stay tuned. We’re not done yet.

I want to thank my mom, dad, uncles, grandpa, and sisters.

I model my game after Jamal Adams (LSU/New York Jets).