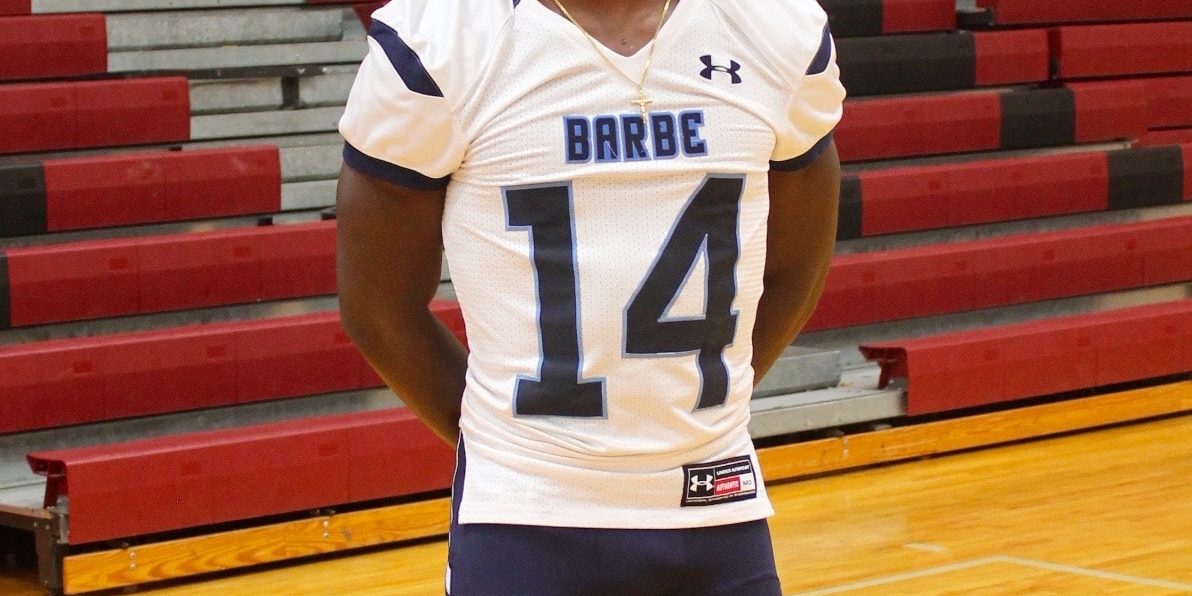 Just like the wide receiver position, the state of Louisiana has been strong at producing local talent at defensive back to the collegiate and pro level especially in South Louisiana. This year is one of the strongest years in regards to safeties coming out of high school. For us, there are three safeties in South Louisiana that we truly believe can be either first or second round draft picks one day. Those safeties are Kelvin Joseph (Scotlandville), Joe Foucha (McDonogh 35), and Jordan Cordova (Barbe). All three are really tough, athletic, fast, and hard hitting defensive players that have great instincts. A lot of people talk about Joseph and Foucha as they should be talked about, but Cordova should be mentioned in the same conversation. He might not have the name recognition of the other two, but that is because Cordova does not even really play that position for his team. Cordova is a great athlete that can play all over the football field whether it be at his most natural high school position at linebacker or as a wide receiver or a running back on offense for Kinder. Cordova has been a major factor in the Yellow Jackets’s success as he is a three time All-State selection and helped the team reach three state championships while winning two. Over his career, he has posted incredible numbers, which include over 130 tackles, 14 sacks, and 17 tackles for loss. If the last name sounds familiar, Jordan Cordova is the son of former McNeese State defensive star and current McNeese State assistant coach Wayne Cordova. Because of his dad’s success on the football field and as a coach, Cordova is like a football coach on the field because of his high I.Q. What is incredible is that Jordan Cordova is only listed as a two star linebacker, which should be a much higher rank, because he has all the intangibles that you need to have in a game changing defensive player. Cordova’s athleticism, speed, versatility, I.Q., and his tackling ability are just to good to be ignored. Just ask our recruiting guru Lee Brecheen, who put Cordova on the cover of our South Louisiana magazine and made our All-South Louisiana team as a strong safety.

“Jordan Cordova is the most gifted defensive player in the Lake Charles area,” Brecheen said. “You can tell he is a coach’s son, and it shows in his game reading, reacting, and covering a lot of ground with his 4.5/40 speed.”

Before the season started, it looked like Cordova was going to transfer to Barbe for his final season and he showed up at our photoshoot in his Barbe Buccaneer jersey, but he decided to go back to Kinder, which was the school that he has been a dominant player for the last three years. That decision made a lot of Yellow Jacket fans happy and now, Cordova is ready to cap off his prolific high school career bringing another state championship trophy back to Kinder High School. In today’s recruit spotlight, we caught up with the star Kinder athlete as he talked about being on the cover of our magazine, his relationship with his dad, his top schools, and so much more!

LAFM: What are your biggest stats and accomplishments over your football career so far?

I really don’t remember. Having over 100 tackles is definitely a major accomplishment.

I can outsmart someone at their own game by watching film and practicing their reads. Also without boasting or bragging, I would say I am a sideline to sideline player.

LAFM: What are some areas to your game that you would have to say need the biggest improvement for next season when you play college football?

I want to improve in my pass dropping.

LAFM: What team or teams are you looking forward to playing the most on the schedule?

I am looking forward to playing Notre Dame and Welsh the most.

LAFM: You do watch a lot of film. Is there a college or NFL player that you watch in order to help you with your game and why did you choose that particular player?

I model my game after Reuben Foster (Alabama/San Francisco 49ers) because he is the most physical linebacker that I have seen up to this date.

LAFM: You played in a lot of big games, but is there a single game or performance that sticks out to you the most and why that game?

I would say the game against Welsh in my sophomore year because that was a district rivalry and I was the youngest starter that year. I also contributed to getting player of the game.

I get ready for basketball.

LAFM: You have won state championships and put up some incredible numbers over your high school career, but what are your goals for this season?

My goal is to rack up over 120 tackles and cap it off with a state championship.

I want to thank my mom, my dad, and my grandmother.

LAFM: In speaking of your dad, he was a great McNeese State player back in his day and is currently an assistant coach at his alma matter. What is some advice that he has given you in terms of football as well as how to approach everyday life?

He gives me so much knowledge everyday that I don’t even know where to start.

LAFM:  You are on the cover of our South Louisiana edition of our magazine and made our All-South Louisiana team as a safety. What does it mean for you to be recognized as one of the best players in the state?

It’s a great accomplishment! Now, I just have to play like I know how.

LAFM: You do almost everything for the Yellow Jacket whether it be as a receiver, a running back, a linebacker, or even as a defensive back. What is the position that you enjoy playing the most and why?

I would say linebacker because I’m more on the physical side. I love hitting and bringing that attitude to the table.