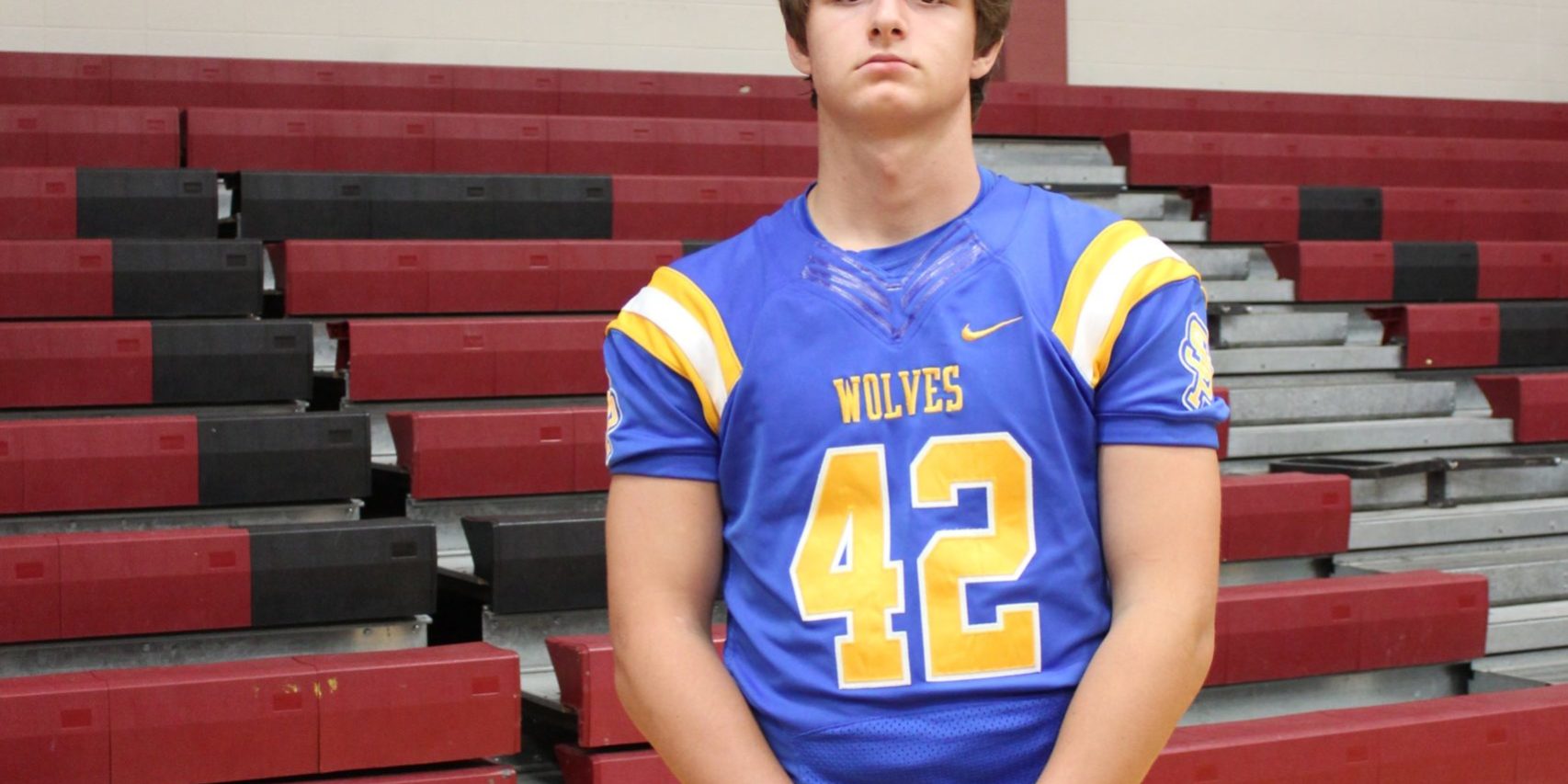 Over the last decade, the St. Paul’s Wolves have been one of the most consistent teams in 5A when it comes to winning district championships and competing for state championships. The Wolves have always been strong on both sides of the football under the leadership of Head Coach Ken Sears. Last season, the Wolves were arguably the best two loss team regardless of classification as they won ten games and their only two losses came against two state championship winning teams in Edna Karr and Evangel Christian Academy. The offense has a lot of returning starters coming back and the secondary returns on the defensive side of the football. However, the Wolves may not have the experience in the front seven on defense with only three returning starters, but those starters are really good. The best defensive player for the Wolves plays on the front seven, and he is Taylor Lacoste. Lacoste has to be one of the most underrated linebackers in the state. He was the heart and soul of a very good defense a year ago and will be again this season. Lacoste will go down as one of the greatest players in St. Paul’s history because of the impact that he has made on the football field and the fact that he is only 18 tackles away from being the school’s career tackle leader. He may not overwhelm you with his size, but he will wow you with his speed and his ability on the football field. This is a player that can play with the best of them in coverage and at the same time, he is a great tackler that can make plays sideline to sideline. He is a complete linebacker and for that reason, our recruiting analyst Lee Brecheen put Lacoste on our South Louisiana football magazine cover before the season started.

“Taylor Lacoste is one tough football player,” Brecheen said. “He is one of the best tacklers to ever come out of the school. He will be the glue to the defense in order for the Wolves to have a great year.”

Surprisingly, Lacoste has received only one offer from a college and that one offer was from a junior college. Lacoste is too good not to be looked at from other colleges. He will just try to do what he does best and that is play the game that it is meant to be played with 100% effort. Throw in the athletic ability that Lacoste already has and you got yourselves a star linebacker. It may feel like deja vu for St. Paul’s fans, but they will start their season against the defending 4A state champion Edna Karr Cougars. However this time, Lacoste and company are looking to come out on top this time. In today’s recruit spotlight, we caught up with the senior St. Paul’s star linebacker as he talked about the preparation heading to the first game, being on the cover of the magazine, his goals for the season, and so much more!

LAFM: What are some schools that you have received offers from as of right now?

I have one offer from a JUCO college in Alabama.

LAFM: What are your biggest strengths as a linebacker?

I am a hybrid linebacker that can work well in space. I am also a good tackler and can force turnovers.

LAFM: What are some of the biggest things that you have to improve on for this year and beyond?

LAFM:  What are your stats and some of the biggest accomplishments over your career?

I would definitely say being on the leader board for the most tackles and that I am only 18 tackles away from the all time tackle record. I also hold the record for the most defensive touchdowns in school history as well.

LAFM: Last year, the team had a great season going 10-2 with the only losses going to eventual state champions Edna Karr and Evangel Christian. What were your overall thoughts on your junior season?

We had an excellent season. We did lose the first game, but after that, we came together and started playing as a team. Our team’s chemistry got stronger and we went on a role. We gave Evangel Christian their best game that they played in all season so we can’t really say that I am upset about that.

LAFM: This season, the Wolves are one of the favorites to win their district once again and once again, are poised to make a run at the Super Dome. What has been the team’s approach in the off-season and has it changed a lot from last season’s approach?

We need to really work on our team chemistry for this season as we have a bunch of guys that graduated last year so we need to get the reps in to build that team chemistry with the younger guys.

You definitely should keep an eye on Wayne Galloway. He is a phenomenal player that is a sophomore and started for us as a freshman last season. He is outstanding and there is also Robert Buquoi, who is a junior this year, and is really good as well.

LAFM: Out of all the games over your high school career, what was your best game to play as of right now and why?

The game that sticks out to me the most is probably the game against John Curtis in my sophomore year. In that game, I had 15 tackles, an interception, a forced fumble, and a fumble recovery. Everything just came to me and seemed easy to me during that game, but we did end up losing that game.

I model my game after Reuben Foster (Alabama/San Francisco 49ers) because of his quickness to get to the ball carrier as well as his vision. He always knows where the ball is.

Basically, I just try to stay low and get my school work done. Once track season starts, I throw javelin for the track team.

LAFM: Before the season started, you were on the cover of our South edition of our magazine. What does it mean for you to be recognized as one of the best players at your position?

It means a lot to me because I have always worked hard to get where I am today and the hard work has definitely paid off. I am glad that I had the opportunity.

My uncle Brandon Mier played high school football, but my great grandpa Pete Hebert was actually one of the best basketball players in the state out of high school when he played.

Ultimately, my team goal is to win state. We have been so very close in the past as we been to the quarterfinals a couple of times, but this is our year to get it done. My individual goals are to break some more records to go along with five or six interceptions this season.

LAFM: What sets you apart from all the other linebackers in the state this season?

What makes me unique is that I can do anything that my coaches need me to do. I can go back in coverage, blitz, make tackles, get up the field, force turnovers, and anything else that the team needs me to do I can do it.