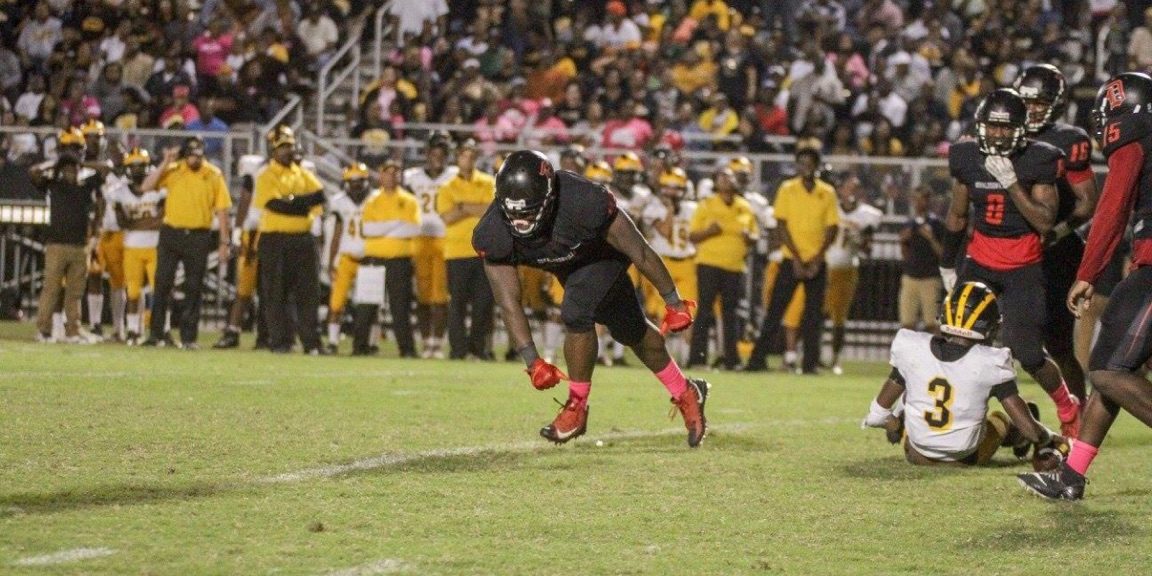 With the help of a dominant defensive line, especially with defensive tackle Davon Wright, the Tigers reached the playoffs for the first time in two years in 2016. Wright has been developing and mastering his defensive skills since he started playing for the Tigers as a freshman in 2014. Despite his 6’2 290 built, Wright is able to move his feet and use his speed to take down his target players effortlessly. His performance as a defensive player earned him 2016 All-District his junior year after averaging 6-8 tackles per game. So far this season, Wright has improved on racking up 61 tackles, 20 TFL, 3 sacks, 4 hurries, and 1 forced fumble. Louisiana Football Magazine’s recruit expert Lee Brecheen likes what he sees in Wright.

“I like the experience returning in the trenches with senior OL/DL Davon Wright, who moves really well and can play either position,” Brecheen said.

Wright also excels off the field accumulating a 4.1 GPA and emphasizing the term student-athlete. These achievements –on and off the field—made the Tulane football program take notice on Wright and made him an offer to join their program. Over the summer, Wright verbally committed to Tulane, which will nicely compliment him athletically and academically. The Donaldsonville varsity football team has a neutral playoff game vs. Sterlington (LA) on Friday, November 17 at 7 P.M. where we look forward to Wright leading the Tiger’s defense to another shot at the playoffs.  In today’s recruit spotlight, we caught up with the Tulane commit as he talked about the keys to tonight’s’ game, his strengths as a football player, the reason why he committed to play for the Green Wave, and so much more! 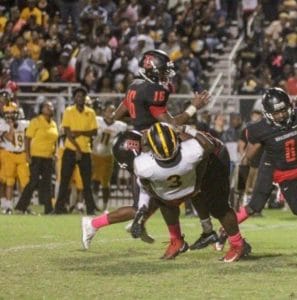 My biggest strengths are my ball get offs, ability to chase down the ball, and aggressiveness.

My favorite position to play is DT because it’s the fact that I get to hit someone every play and especially sacking the quarterback.

LAFM: What have been your most memorable accomplishments while at Donaldsonville?

My most memorable accomplishment at Donaldsonville High was winning state in Track and field because it’s something I really enjoy and it took a lot of practice to get the skill down pack so when I finally accomplished my dream of being a state champion it was a big deal.

LAFM: What have been your best stats so far this season?

An interesting fact is I also throw for track and can play every lower brass instrument.

LAFM: Last year, the Tigers ended with a 4-7 season.What are your thoughts on how the season turned out as well as what improvements were made this year for a 10-3 overall record so far?

I have to say one of the best players I have played against my high school career is Lowell Narcisse (St. James/LSU) because he was a great dual threat quarterback. We would stop one of his abilities, but he would just go to his other ability.

LAFM: What are some things that you have picked up from Coach Richardson that has helped you in your game today?

Coach Richardson has helped me with my ball get offs and my aggressiveness. Without him, I wouldn’t know the things I know today and be in this position.

My advice for next year’s Tigers is to execute and have leadership amongst themselves.

LAFM: You have recently committed to the Tulane football program to play at the next level. What helped you make this decision and why?

I made this decision because it was a good school educationally and had a good football team. Coach Fritz is a great coach and he is molding the program really good. Coach Peoples is a great coach. He really breaks down his technique to where you can really get the concept and gives you all the tools to be successful in the game.

Some things I need to improve on are matching my aggressiveness to the others already at the level and the ability to play at that high game speed.

The NFL player I look up to is Aaron Donald (Pittsburgh/Los Angeles Rams) because we both aren’t that tall for a defensive lineman, but the aggressiveness and the quickness are similar. He has a high motor and always gives 100%.

I would like to thank my family, coaches, teammates, and community for helping me get into this position.